The iconic coffee chain once dubbed "the most Canadian place in the universe" is launching its 50th-anniversary celebrations with a special logo and packaging.

Tim Hortons, which claims to serve nearly eight of every 10 cups of coffee sold in Canada, unveiled the first phase of the party leading up to the May 17th birthday with cups featuring the 50th anniversary logo and the tagline "50 Years Fresh."

The branding will extend to doughnut, muffin and – of course – Timbit boxes, bags and take-out coffee, the company said on Tuesday.

"We're thrilled to mark half a century pouring Canadians' favourite cup of coffee," said Marc Caira, president and chief executive officer of Tim Hortons Inc., which was founded by hockey legend Tim Horton in 1964 when he opened a store in Hamilton.

His humble outlet offered only two kinds of doughnut: dutchies and apple fritters.

The 4,350-store chain is now Canada's largest, but it is fighting off incursions onto its turf from such rivals as McDonalds and Starbucks.

Although it has introduced many new products and variations over the decades, part of "Timmie's" appeal remains its no-nonsense approach: it only introduced a new coffee blend – dark roast – last November.

Tim Hortons also heavily promotes itself as a Canadian institution as well as playing up its involvement with the country's national game, ice hockey.

It has been the object of serious study by academics. "True Stories of Canada: Tim Hortons and the Branding of National Identity," is the title of one paper that appeared in the British journal Cultural Sociology.

In the popular U.S. sitcom How I Met Your Mother, Canadian-born character Robin was once featured in a Tim Hortons outlet saying she was in "the most Canadian place in the universe."

In 2004, the Canadian Oxford dictionary added the phrase "double double" to its lexicon, a reference to how a Tim's coffee with two creams and two sugars is ordered.

The chain is also now a player in the U.S., with about 817 stores south of the border.

Mr. Caira, the new CEO who took over last July, said recently he plans to expand operations beyond North America, beginning with the Middle East.

Tim Hortons currently has a modest presence in the United Arab Emirates, Oman and Kuwait.

Pointing to a low-growth market in North America and heightened competition, Mr. Caira also said he wants to do more on the technology front and in appealing to younger consumers.

"I wouldn't say we've lost touch with the younger consumer ... but I think we can do perhaps a bit more to keep them engaged with our brand," he said on the company's third-quarter financial results conference call in November.

In 1989, Tim Hortons was acquired by Wendy's International Inc. and in 2006 the chain completed an initial public offering and was spun off as a separate company.

Last summer, U.S. activist investors started putting pressure on the company to pull back on its costly U.S. expansion.

The U.S. financial website Motley Fool said on Monday that not everything is "rosy" at Tim Hortons.

"While Tim Hortons has a terrific brand and a strong moat, cracks are beginning to appear in its armour. The company is still largely focused on coffee sales, a market where it is seeing significant competition for the first time. There's a store in every community of size in Canada, and the U.S. expansion has been a challenge. There are too many question marks for Tim Hortons to trade at this high a multiple. I would avoid the stock," wrote Nelson Smith. 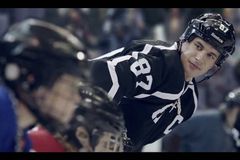 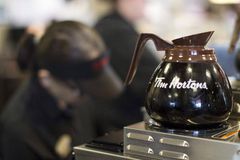