It's so famous many consumers may not even know it's Canadian. One of the original "Caramilk Secret" commercials, it is the only ad from this country to make it into the Hall of Fame of the coveted Clio awards in the United States.

It's also exactly the type of campaign destined to be preserved in the budding collection at the new online Canadian Advertising Museum, which is looking to honour Canada's best campaigns throughout history.

The only problem is, nobody can find an original copy.

As with nearly everything in video form, there's a poor-quality version on YouTube. The award-winning mid-1970s campaign for Cadbury's Caramilk bar lives on in grainy Internet fame. In the spot, painter and master of mechanical invention Leonardo da Vinci brandishes complex sketches and a wooden mock-up of a gizmo, an attempt to solve the "fascinating problem" of how to get the caramel into the bar. Meanwhile, his subject, Mona, takes a bite of the gooey confection and her lips flicker – the mystery behind the smile is revealed, if not the Caramilk secret.

But try looking for a quality copy of this bit of Canadian ad history, and it quickly becomes apparent why a reliable archive is so urgently needed. The Toronto-based museum – a small project that launched last June and is still running on fumes, financed out of the pockets of its board members – does not have one.

The company for whom the Caramilk ad is a piece of corporate history, Kraft Canada (which has counted Cadbury in its family since 2010) also has only a low-quality copy. Same with the agency behind the ad, DDB Canada. Trying to reach the original creative director, Gary Prouk, to find out if he has a copy stashed away on a reel somewhere at home, has proved to be a lengthy – and so far unsuccessful – task.

This is the challenge facing the online project dedicated to chronicling Canada's ad industry. Like any hall of fame, whether it seeks baseball cards or 1940s radio spots, the Canadian Advertising Museum depends on caches hidden in attics, mildewed basements and filing cabinets across the country.

That is why Joanne Lehman has a little list.

On it are roughly 300 ad men and women from the Canadian industry's past. Ms. Lehman, who joined an agency in the three-martini lunch days of 1959 and worked in advertising for more than 30 years, is planning to cold call each and every one.

"I don't know if some of them are even living," she said. "We have to find them … hopefully they've held on to some of it."

Ms. Lehman is the vice-chair and founder of the museum. She noticed the need for an archive while teaching copywriting at Toronto's Humber College. Finding Canadian case studies to show her students was a challenge, and many textbooks were American.

"We just don't have anything. We thought, before this stuff all disappears – paper, radio, television done on 16-millimetre, you can hardly get machines to convert them to watch. It would just die."

She assembled a group of people to work with her on the project, including Doug Linton, a former partner at Ambrose Carr Linton Carroll, and creator of the original "Harvey's makes a hamburger a beautiful thing" ad in 1973.

Collectively, museum board members have pitched in roughly $5,000. They hope to get together roughly $300,000 through fundraising, so they can hire a curator to manage uploading reams of content to the site, and for minutiae like managing tax receipts.

"A lot of countries have their own advertising museums, and Canada doesn't," said Kate Taylor, the museum's chair.

North Carolina's Duke University and the University of Illinois have extensive collections of advertising through the ages. There are also advertising museums in London, Paris and Tokyo.

But not all these museums have been a success. The Eisner American Museum of Advertising & Design in Milwaukee closed in March, 2010. Its collection is sitting in 10,000 square feet of warehouse space, as well as extra space in a building owned by its board president (and son of the museum's namesake), Bill Eisner.

"It's tough to draw a continuous stream of visitors. And when you get into a niche stream such as advertising where the interest would be even narrower, you have to be even more inventive," Mr. Eisner said. "The plans were to try to do a digital collection online … We just couldn't find an economic model where it would bring in enough revenue to make it self-sufficient."

Mr. Eisner is considering how to mete out the collection to other institutions, wanting to care for the material that was so hard to gather. Like the Canadians, he noticed ad agencies themselves are surprisingly lax when it comes to cultivating archives of their own work.

"It's a shame, because there were some substantial and sophisticated ad agencies in the early days whose history was essentially lost," said Richard Pollay, professor emeritus of marketing at the University of British Columbia's Sauder School of Business.

He watched the wave of mergers with multinational ad agencies sweep the Canadian industry in the late 1980s and early '90s, wiping out much of that heritage.

"Some of the ads, the print varieties, get preserved by accident because they're in magazines which are sitting in libraries. But in the digital age, those materials are poorly retained."

The people behind the Canadian museum aspire to international models, including a counterpart in the U.K.: the Museum of Brands, Packaging and Advertising in London's Notting Hill neighbourhood survives as a charitable organization with the support of sponsors. Many are companies that appear in the collection, such as Twinings and Kellogg.

The Canadian group would like to eventually build their collection and their support to become a brick-and-mortar museum as well, and not just as a "beauty pageant" of advertising creativity. Exhibits can help provide context on the economy and climate surrounding them, and offer a look at the moods governing society through the years.

Paula Deen: from sugar mascot to the face of diabetes drug
January 19, 2012 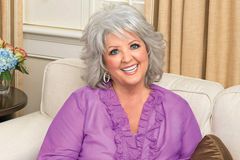 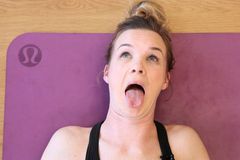 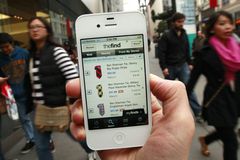 Interactive advertising? There's a mobile app for that
January 5, 2012 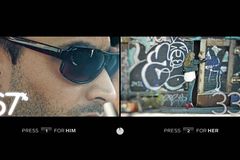