As the face of the Loblaw brand, Galen Weston is known to most Canadians for his affable grin in the company's ads, where he dons casual clothes and hangs out with regular folks talking about food. But a very different face appeared at a hastily-called press conference in Toronto on Thursday morning.

The executive chairman of Loblaw Cos Ltd. was sombre in his first public appearance since the building collapse last week that killed more than 400 people in Bangladesh.

A tragedy for the workers and their families has spun into a public relations nightmare for the companies that contracted out manufacturing of their products at the Rana Plaza – including the Loblaw-owned Joe Fresh clothing line.

"This is a system that needs to improve," Mr. Weston said.

The death toll in Bangladesh – and the gut-turning stories of people being told to go back to work after pointing out cracks in the building – have once again brought to the fore the uncomfortable issue of the overseas manufacturing that keeps prices for clothing and other products low.

It has been a somewhat sleepy concern in the public consciousness since the 1990s, when protests over sweatshop labour hit their peak and companies such as Nike Inc. were called to account.

Nearly two decades on, the public relations response has evolved, and companies like Loblaw have learned lessons from big names such as Nike.

Mr. Weston's statements this week, that the company would compensate victims and that it would send its own people to investigate conditions on the ground, is starkly different from how companies accused of using sweatshop labour responded nearly two decades ago.

In 1997, in response to reports about horrendous working conditions in Vietnam, a Nike spokeswoman was quoted saying "What is Nike's responsibility? These are not our factories."

In hindsight, PR experts said that the company had not addressed the issue quickly enough, and did not make itself available to the press, leading to a sense that it was obfuscating. Over the course of that year, the public reaction became scathing enough to warrant a stronger reaction.

Companies quickly realized that they would be held directly accountable even for conditions at sub-contracted facilities. Nike was criticized, vilified by activists, and lampooned by Doonesbury.

Nike founder and chairman Phil Knight famously declared in a May, 1998, speech to the National Press Club that "the Nike product has become synonymous with slave wages, forced overtime, and arbitrary abuse."

It was not the only brand to be hit. In 1996, Kathie Lee Gifford faced charges of child labour and adverse conditions at the overseas factories where a clothing line she endorsed and sold at Wal-Mart was being produced.

She initially denied the allegations in a teary speech on her morning talk show, saying she wasn't aware of the conditions and could not be personally responsible for what happened at facilities she did not own in faraway countries.

(She later changed her approach and lent her name to the movement to end sweatshops.)

When companies such as Gap Inc. and others pledged to resolve the problem with better inspections, it was not only an operational shift; it was also a PR move to help shift the controversy out of the spotlight.

Nike hired Ernst & Young to audit working conditions at its plants abroad. It also developed a code of conduct for all of its subcontractors, which it said would be issued to both employees and managers on pocket-sized cards in the local language. It cut off ties with some of its factories in Indonesia and put its Vietnamese factories under review.

In 1997, a presidential task force looking into the issue of sweatshops sketched out a code of conduct for American companies to follow in overseas manufacturing. "Nothing would please me more than to get rid of this sweatshop taint," Bruce Klatsky, CEO of Phillips-Van Heusen, said at the time.

The idea that companies were doing better monitoring essentially gave the public permission to stop thinking about where their products come from, said Charles Kernaghan, director of the Institute for Global Labour and Human Rights.

"When it went over to for-profit monitoring groups, we lost," Mr. Kernaghan said. "The social movement sort of died out."

It did create further marketing opportunities in its wake, however: In the early 2000s, hipster clothing retailer American Apparel made a no-sweatshop commitment to U.S.-based labour, a pillar of its brand identity. (That, along with strangely pervy advertising and clothing that was almost criminally unflattering to most body types.)

But the retailer was in the minority – for the most part, apparel makers managed their brand images through codes of conduct for their subcontractors.

Recent incidents such as the one in Bangladesh, as well as high-profile reports about conditions at the Foxconn plant in China where Apple Inc. products are made, have brought the issue back to the light.

"We're two decades into this now. This is probably going to spark a lot more critical examination of whether those corporate codes actually do anything," said John Miller, an economics professor at Wheaton College in Massachusetts, whose research focuses on the economics of globalization and sweatshops.

It will also call for more diligent, speedier responses from companies' communications teams.

"In the '90s, a spokesperson could give a message … now, because of social media, they're pulling answers out of people. And companies are being held to a higher account," said Jeff Ansell, a media and crisis communications consultant, and the author of When the Headline is You.

"There is a degree of damage to the brand when this happens."

But once commitments are made, and the crisis is managed, as unbelievable as it seems that people may forget, the damage may just be temporary.

And it may not take that long for companies like Loblaw to ride out the storm– for better or worse.

Even amid all the controversy, in his letter to shareholders in 1997, Nike's Mr. Knight, who was then serving as chief executive officer, wrote: "It was the best year we have ever had, the best anybody has ever had in our business."

Loblaw calls on industry to end ‘unacceptable risk’ in Bangladesh
May 2, 2013 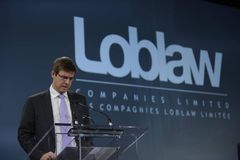