Much of the time, advertising is an interruption. TV commercials break up the shows we want to see; banner ads clutter Web pages as we browse; and we have to sit through a pitch for a credit card before watching a cat video on YouTube. But Google Inc. is trying to make ads on its popular video site seem more in tune with the content people are trying to watch.

On Tuesday at the Advertising Week conference in New York, Google announced a new ad format for YouTube that will allow advertisers to annotate videos that are relevant to their products, to make those videos more shoppable. The company is hoping to capitalize on the growth of product review videos by offering up ad space within those videos, in addition to the typical pre-roll ads it sells.

The move is also a response to growing competition from Facebook, which has been investing heavily in promoting its increasingly popular video platform – and the growth of users on mobile devices – to advertisers.

The new annotations, called "Shopping ads," appear as a small white box in the corner of the video with an "i" information icon. When clicked, the box expands with a small picture and a headline that links to the advertiser's website.

In that sense, the new ads look very similar to the "cards" that YouTube introduced for advertisers earlier this year. Text-only annotations were always possible, but they were often unattractive and only worked when watching videos on desktops or laptops. The new format allowed advertisers to create cards for their own videos or pre-roll ads that work on any device.

The difference with Tuesday's announcement is that "cards" were created for advertisers or other video makers to add to their own ads and videos; while "Shopping ads" are available for advertisers to tack on to other people's videos.

That may seem like a small change, but it's an important part of YouTube's attempt to offer advertising that has a better chance of appealing to viewers, rather than interrupting their experience.

It's the same reason that Google Inc. has been urging advertisers to cast YouTube stars in their videos, to promote the video service's relevance among younger viewers and to give advertisers a better chance at convincing those viewers to watch an ad. By creating videos in partnership with popular YouTubers, advertisers create something that looks more like entertainment and less like a commercial.

In other forms of media, this is known as "native advertising" – when websites post things made to look like articles, which are actually promotional pieces for brands. In the case of "Shopping ads," Google is encouraging advertisers to look at content that already exists and embed ads within those videos that are on-subject.

"We are looking for ways to make advertising more native," said Diya Jolly, head of YouTube's ads product management. "This is one of the first experiments with that, where the ad appears in a creator's video. We're going to explore more experiments like this."

The most obvious vehicle for these ads will be the massive number of product review videos that now exist on YouTube. According to Google, there are more than one million channels dedicated to products; including reviews, "unboxing" videos, how-to tutorials, and "haul" videos where people show off their purchases. Viewership for those types of videos has risen 40 per cent in the past year alone.

The challenge for advertisers will be to design "Shopping ads" in a way that does not feel like more clutter; if used improperly they could be as unattractive as annotations on videos have always been.

The new ads are already in their testing phase with a small handful of advertisers, and will be sold more widely beginning in the first half of 2016.

"Over the years, YouTube is becoming more and more a destination for people to research a product they are considering buying," Ms. Jolly said. "It allows advertisers to appear in front of people when they're in the shopping mindset."

Experiences, not ads, will bring in the millennials for businesses
September 24, 2015 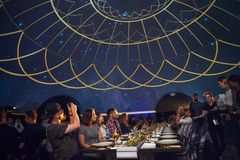