When Michael Schurter checked the forecast on the Weather Underground website the other day, he saw that rain was on the way. And at the top of the page in the "leaderboard" spot where he would usually see an ad, he saw cats.

The Portland, Ore.-based programmer is one of more than 1,000 people who have been invited to test out Google Contributor. The program, still in beta and only in the United States, is an experiment by the world's largest digital-advertising company to allow people to pay to see fewer ads.

Google Inc. announced the experiment last November and a new round of invites were recently sent to more testers.

Contributor works, so far, by allowing people to pay between $1 and $3 (U.S.) per month to strip out ads from websites they visit. Google can't promise a full ad-block, but it can eliminate the enormous number of online banner ads delivered through its Google Display Network, as well as a majority of the ads on sites of publishers who have partnered with Contributor. Google then parcels out that money, in dimes and pennies at a time, to the sites that participants visit.

Test publisher websites include popular photo-sharing service Imgur, humour website The Onion and tech culture site Mashable, among others. (Google declined to be interviewed for this story, or to specify exactly how many people are testing Contributor or a full list of its publisher partners.)

Testers can opt for white space in place of ads, a neutral-coloured box, a soft-focus blotch of colours – or cats.

"Even though I find ads as annoying as anyone else, I like the idea of giving money to the sites I visit and supporting them somehow," Mr. Schurter said. "I know that content isn't free."

The experiment is just one part of a larger effort by Internet companies and content producers alike to test consumers' appetites for new revenue models to support publishers on the Web.

It's a daunting prospect, because publishers would be handing over control of a large number of readers' data, one of the most valuable assets they have when selling ads themselves. But it is also an attempt to reckon with the massive influence of social media and changing reading habits.

This week, as Google faces pushback on its market dominance from the European Union, the company announced a €150-million ($203-million) partnership with European news outlets to "increase revenue, traffic and audience engagement." It will fund digital journalism projects, training for newsrooms, and research into the "changing media landscape."

And of course, some publishers, including The Globe and Mail and The New York Times, have introduced limits on the amount of free content they provide online. Digital subscriptions offer another source of revenue and control over that lucrative consumer data. But even consumers willing to pay for a subscription are unlikely to maintain multiple accounts across the Web.

"Everyone is trying to figure out who's going to pay," said Chris Williams, former president of IAB (the Interactive Advertising Bureau) Canada and now a digital advertising consultant. "Historically, the power in the news world was with the publisher brands. ... These distribution pipes, the movement of the data, has become a much more powerful place than it was in the past."

Resistance to the dominant revenue model – advertising – has also increased. Outside of Google's experiment, more than 140 million people around the world already used ad-blocking software as of last December, up 69 per cent from the year before.

Adblock Plus, which claims roughly 50 million active users, created a whitelist of publishers starting in 2011 to allow some of their ads to slip through its gatekeeping. Those ads must be unobtrusive – no popups, no animation, no low-quality "from around the Web" links that look like headlines in a supermarket tabloid. Parent company Eyeo GmbH charges a fee to the biggest publishers – including Google and Microsoft – to be on that whitelist. Less than 10 per cent of Adblock users opt out – suggesting people are open to advertising as long as it's not too annoying.

"It's great that people are exploring alternative monetization schemes," Ben Williams, director of public relations and marketing for Adblock Plus, said of Google's experiment. "For the time being, online ads are going to be the main fuel for content, the main moneymaker. But it is beneficial to test other methods to wean us off ads. … Google is in a position as a huge entity that can actually make something like this work."

For now, Mr. Schurter says he notices the cat pictures about as much as he used to notice banner ads – he's conditioned himself not to look at those spaces on the page. But Google's experiment is cheap enough that he thinks he'll keep paying.

"I have no love for ads, even though I've worked for marketing companies," he said. "I would love an option to make it easy for me to support the sites I love without having to think about it." 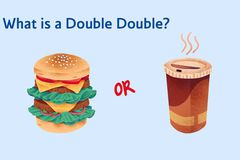 NASA puts space between itself and Hyundai ad campaign
April 21, 2015 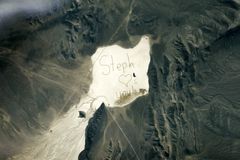