When Oakville, Ont.-based Cameron’s Brewing got started in 1997, operations like it were more often called microbreweries than craft breweries. The industry was still small, and the design of many independent brands didn’t look a whole lot different from the beer giants.

That might have worked when craft brewing was a niche category, but in the past 10 years, the industry has exploded. The number of licensed breweries in Canada has risen to 520 in 2014 from 290 in 2009, according to industry group Beer Canada, and that growth is driven by the smallest producers.

“If you go back five years, we were purchasing from 30-odd Ontario craft breweries, and some time this summer we’ll be up over 100,” said Mark Wilson, acting manager for beer and cider at the Liquor Control Board of Ontario.

What’s more, consumers generally are less brand-loyal than ever and they’re especially inclined to shop around when it comes to craft beer.

“There are few people that are one-beer drinkers,” said Bill Coleman, president and co-owner of Cameron’s Brewing.

Drinkers are keen to shop around and expand their palates, and small brewers are responding by creating designs meant to catch the eye. 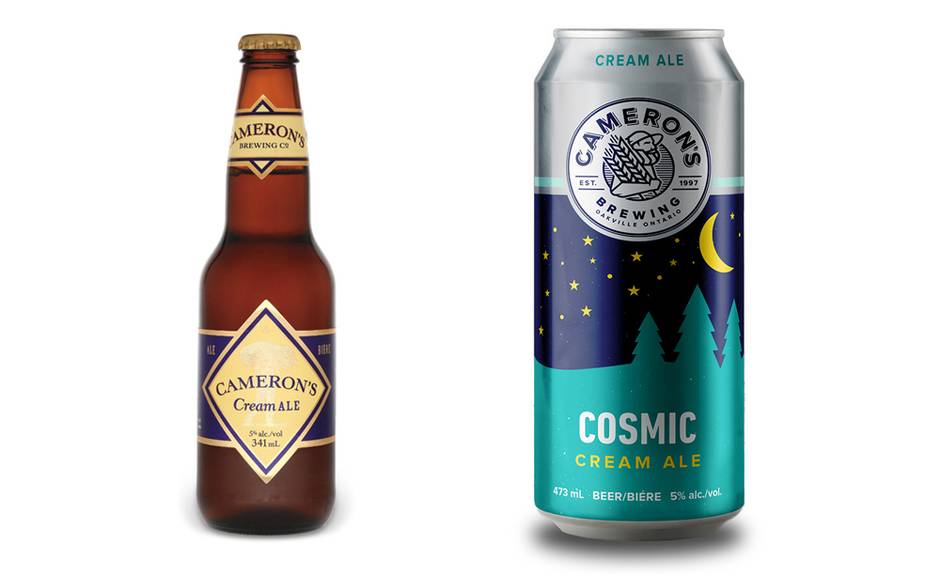 Cameron's beer label, before and after.

“Cameron’s had no shelf presence,” said Ian Fleming of Toronto-based design agency Cactus, which helped the brewery with a complete rebranding in February. “The design was so old and tired.”

Within the past decade, as competition has swelled, beer brands have begun to realize that their fortunes may turn on their designs.

Great Lakes Brewery, which has been around since 1987, at first used a designer who had worked with big brewers such as Molson to develop its logo and packaging. Concerned about a pedestrian look crowding it out of the market, Great Lakes began experimenting in 2006, when it launched its Devil’s Pale Ale, with “666” on the label. But it wasn’t until 2012 that it fully revamped its lineup: Its packaging now features distinctive illustrations of characters meant to symbolize each beer.

“It’s had a big impact on sales,” said Peter Bulut, Great Lakes owner and chief brewing officer, and a member of the board of industry association Ontario Craft Brewers. “The branding plays a huge role in grabbing it off the shelf.”

Partly that’s because of changing shopping behaviours: At the LCBO, which is typically the source of the vast majority of craft brewers’ sales in the province, mixing and matching single cans is increasingly popular: Sales of single tall cans of craft beer grew 57 per cent in the last fiscal year ending in March compared with the year before, far ahead of overall craft beer sales, which grew 22 per cent. 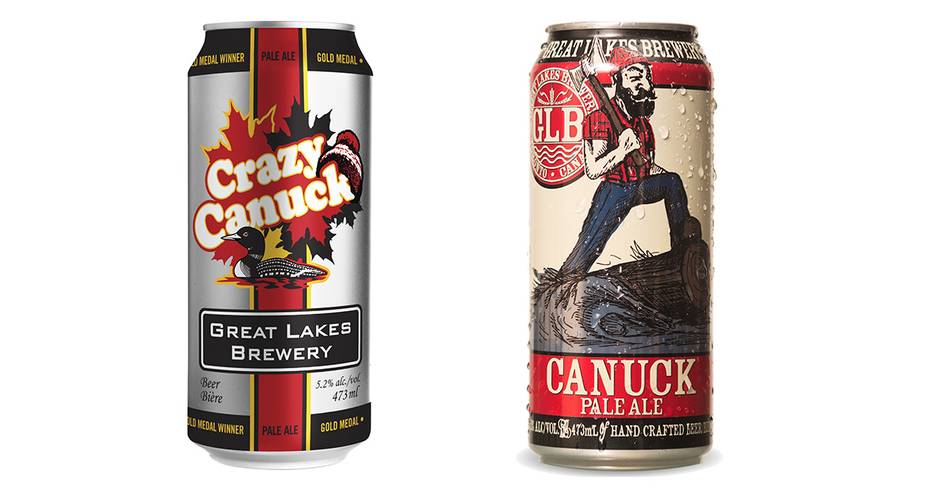 Great Lakes Brewery’s Canuck beer, before and after. In 2012, the company revamped its lineup to feature distinctive illustrations of characters meant to symbolize each beer.

Design is particularly important because while shoppers are willing to sample widely, they often do not remember brand names. But they may remember distinctive packaging.

“It’s a trend that started in the U.S. maybe 10 years ago – where craft brewers started to differentiate their offerings with better packaging, and unique or edgy product names – and we’re starting to see it here as well,” the LCBO’s Mr. Wilson said.

He said he sees everything from over-the-top designs and provocative names, to extreme minimalism in other brands. “When a brewer rebrands their lineup, that can have a tremendous impact on sales.”

That cuts both ways: For a long time, Cameron’s packaging had not changed much from the design of the first bottles that rolled out in the nineties, and sales were consistently slipping. Despite the healthy expansion of the craft category, the brewery – which sells in Ontario, Alberta, British Columbia and parts of the United States and Europe – was growing by only a low-single-digit percentage.

“Design is really part of what they’re buying,” Mr. Fleming said. “Absolutely, the product has to be good, but if someone is trying it for the first time, they’re judging based on appearance.”

The new packaging is more colourful and modern, taking inspiration from Boy Scout badges with a stylized twist.

Ironically, the person who made the change came from the world of big brew: Mr. Coleman invested in the business in 2010 more than a decade after leaving a job with Molson, and when he bought out his partner last year, he decided to rejig the entire brand.

The impact was immediate. Cameron’s monthly sales have nearly tripled. “You need to get into that mindset of people wanting to show it off in their hands,” Mr. Coleman said.

Small brewers will need all the help they can get. As the industry grows even more competitive, creating a brand that stands out is a challenge. “We’ve heard rumblings throughout North America that as more breweries are opening, it’s getting harder and harder to come up with names,” Mr. Bulut said.