Would you rather watch the flashy U.S. commercials during the Super Bowl, or Canadian ones? What if we offered you a chance to win tens of thousands of dollars in cash and prizes?

A contest doing just that is one of the tactics Bell Media is using to attempt to hang on to audiences in the wake of a regulatory decision that will bring American ads to many more Canadian viewers during the big game this Sunday.

The "Watch and Win" contest will offer prizes including cash, a trip to next year's Super Bowl, and a new car. People have to watch the CTV broadcast for on-air information on how to enter. It's not the only measure Bell is taking to maintain the audiences it depends upon for ad revenues: the company has also purchased the URL BigGameAds.ca, which redirects to YouTube's AdBlitz channel – where all the American Super Bowl ads available online are posted as they become available. Because many ads launch in the week before the big game, Bell is hoping that it will be easier for Canadians to find and watch those ads on the Web, and that they will then stick with the Canadian broadcast.

For subscribers: Canadian broadcasters need to get with the program on Super Bowl ads

John Doyle: After the Super Bowl, the real TV event

CTV has been promoting its broadcast more than usual, and on-air talent on its networks are being encouraged to mention the CTV broadcast when discussing the Super Bowl. (This does not apply to news staff, the company says.)

On Friday, Bell Media did a publicity junket, featuring interviews about the contest with Tessa Bonhomme and Kate Beirness on a dozen of its media properties.

And it is putting the game on more of its channels – CTV, CTV Two, TSN and RDS – to increase the chances that viewers hunting around the dial will land on the Canadian broadcast.

What has caused all the fuss?

It's an old rule called "simultaneous substitution," which has been around since the early 70s. That rule allows Canadian networks to ask TV providers such as cable and satellite companies to swap out the ads running on U.S. channels that appear on the dial, and sub in Canadian ads, when the same TV show is running on U.S. and Canadian channels at the same time.

Why? Broadcasters pay for the exclusive rights to air American shows in Canada, and they make their money back by selling ads during those shows. Ad prices are based on the number of viewers a show draws. If a certain proportion of Canadian viewers tune in to an American channel to watch the same show and if American ads were allowed to run there, the Canadian network would lose that ad revenue – and American advertisers would essentially get extra Canadian eyeballs for free, since they only pay the American network for viewership in that country.

Just how much is at stake? Simultaneous substitution is worth, in total, about $250-million in annual revenue to Canadian broadcasters.

So, in past years during the Super Bowl, Canadian viewers only see American ads when the the American advertiser bothers to buy airtime on the Canadian broadcast. That does happen: in past years, brands including SodaStream, Always, and Doritos have paid to run the same ads here during the big game as in the States. For other advertisers, however, the small Canadian market – though relatively cheap compared with the millions it costs to buy 30 seconds in the U.S. broadcast – is an afterthought.

The only viewers not affected by simultaneous substitution are those still picking up over-the-air signals, who have always been able to watch U.S. feeds uninterrupted, if they are close enough to the border. But that's a small minority: more than 78 per cent of Canadian households subscribe to cable, satellite, or IPTV services, and people who gather in bars and restaurants to watch sporting events are almost certainly watching that way, too.

In early 2015, the Canadian Radio-television and Telecommunications Commission announced that this rule – sometimes known as "simsub" – would not be allowed during the Super Bowl, starting this year. Canadians tuning in to Fox will see American ads, but only during the game itself, from kickoff to the final whistle: pre-game and postgame coverage will have the signal-swapping.

Bell has challenged the decision.

In its conversations with advertisers, Bell Media has estimated that as much as half its audience could migrate to the American channel, and the company has confirmed that ad sales are down this year compared with previous years.

The CRTC says it made the move because "the Super Bowl is a unique event and that the American ads are part of the spectacle." Viewers have complained about substitution errors in the past that have interrupted live programs, and about missing out on the flashy spending spree that is U.S. advertising during the Super Bowl. While the decision leaves "simsub" intact for other high-profile events, the Super Bowl is a huge ratings draw in Canada: last year, an average of 8.3 million viewers tuned in to the game on CTV and RDS.

Last month, the Association of Canadian Advertisers and the Canadian Media Directors' Council wrote an open letter to the CRTC calling the game "an unparalleled platform for Canadian firms to speak to Canadians" and urging the regulator to reverse the decision or to delay its implementation until "its effects can be further explored and considered."

It does not look like that is happening this year. The old maxim is that people watch the Super Bowl as much for those big-budget ads as they do for the game. Bell Media is hoping that is not true – or at least, that people will tune into that advertising spectacle online, instead of hunting it down now that they can find it on their TV dial. 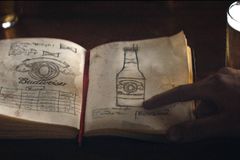 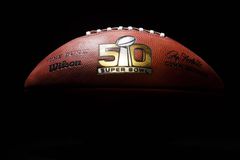 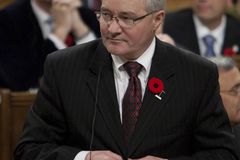 Bell wins right to appeal new Super Bowl ad policy
April 8, 2017
Follow Susan Krashinsky Robertson on Twitter @susinsky
Report an error Editorial code of conduct
Due to technical reasons, we have temporarily removed commenting from our articles. We hope to have this fixed soon. Thank you for your patience. If you are looking to give feedback on our new site, please send it along to feedback@globeandmail.com. If you want to write a letter to the editor, please forward to letters@globeandmail.com.
Comments