Special K has a problem: Its brand is known for dieting. For years, its ads were built around images of fitting into that perfect red dress, and in decades past, of bragging that "you can't pinch an inch" of fat. But the women who are Kellogg Canada Inc.'s target consumers are sick of being told to diet.

So now, the brand is in the midst of a major shift. On Sunday evening during the Emmy Awards broadcast, Special K launched a new advertising campaign meant to reposition the brand's image. With the new slogan, "Own it," the company is attempting to realign Special K with a message of self-empowerment, rather than counting calories.

The campaign comes out of a large research effort that Kellogg commissioned to survey Canadian women's attitudes.

Like other brands have done – Dove being a prominent example – the ad begins with a statistic showing how many women have negative feelings about themselves. It then goes on to present what the marketers are hoping will resonate with women as a sort of manifesto: fighting negative thoughts, embracing imperfections, and being nicer to themselves.

While many still monitor their calorie intake or exercise to stay slim, the Kellogg research found that the Canadian woman's approach to health management has changed.

"Her stance on diet is not about starvation, or calorie-counting … her benchmark is achievement," said Natasha Millar, senior marketing director for breakfast cereal and beverages at Kellogg Canada. "Skinny is not how she wants to be perceived, but rather, strong. It's not about losing weight, it's about working out and building her sense of self. And while her stance on body image was at one point about looking good, now it's about feeling good."

Kellogg is not the first advertiser to tap into this idea. This year, Nike Inc. released an ad looking at women's sometimes insecure inner thoughts while working out, and then showed them overcoming those thoughts. (Some women noticed, however, that the women in the ad were all already in excellent shape, making it somewhat less widely relatable.) Sport England was applauded for an ad entitled "This Girl Can," showing women of various sizes, ages and physical abilities embracing exercise. Just last week, Procter & Gamble Co. won an Emmy for its Canadian-made "Like a Girl" campaign, which tackled girls' self-confidence.

And Special K has dabbled in messages like this before: Its "Resolution" campaign last year suggested focusing on self-worth rather than numbers on a scale. In the 1990s, the brand launched a series of print ads criticizing beauty standards with the slogan, "A healthy body weight looks good on everyone."

But now, the message is even more important. Special K in the U.S. has taken a similar direction, abandoning the dieting message to attempt to address declining cereal sales.

The U.S. ads ditched the "What will you gain when you lose?" tagline in favour of ads that tout the product's nutritional benefits, and the slogan "Eat Special. Feel Special."

The Canadian campaign uses both actors and non-actors – but each woman shown in the ad is acting out a representation of her own story as told to the company, Ms. Millar said.

None of the photos in the ads has been digitally retouched to change any features of the women's bodies, she added – a move that other brands such as ModCloth and Aerie have also made.

"Women are taking on more significant roles as earners and decision-makers in the household. And gender lines are blurring in terms of what women can do, and what 'ladylike' is. Marketers are playing to that," said Jennifer Lomax, vice-president of strategic planning at Harbinger, a firm that specializes in marketing to women. "…In this case, though, I'm not quite clear on how Special K has linked their product offering and their brand to 'owning it.' That's one concern."

Special K will be changing other things in addition to its ads: The packaging will likely be redesigned, as will the product formulation.

As consumers become more focused on how natural and nutritious their food is, the company will be adding more "recognizable" ingredients such as berries and almonds.

"Marketers are doing their homework," Ms. Millar said. "Some new campaigns have come out and created engagement because they are so right on. Those campaigns are standing out." 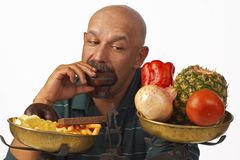 Sponsors all aboard the Blue Jays’ playoff bandwagon
September 10, 2015 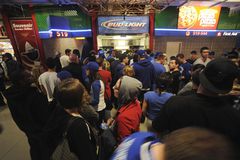 Carl’s Jr. sticks with sex-sells ad strategy as it expands in Canada
September 3, 2015 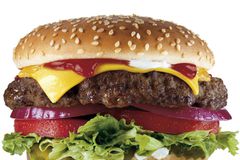