Beer makers will use any marketing ploy to boost their icy brews: nationalist fervour, celebrities and, of course, rampant sexuality. But for the first time, a Canadian beer is bringing all of those elements together in a full-length feature film – that is, if erstwhile hip-hop star Snow still counts as a celebrity.

Labatt Brewing Co. Ltd.'s Kokanee brand has financed The Movie Out Here, a buddy comedy that will premiere in theatres in Western Canada on Friday. The film is the result of a nine-month marketing blitz that was designed to increase awareness of the brand, get fans involved and increase sales.

When the project was announced last May, it was unclear whether this was simply a novelty. But Kokanee's Toronto ad agency, Grip Limited, wrote a script and extended its experience filming 30-second spots to the 90-minute feature. And its distributor, Alliance Films, managed to negotiate its release on roughly 30 screens in British Columbia, Alberta, Saskatchewan and Manitoba – a very large number for a small Canadian film.

The movie centres on a Toronto lawyer who visits his hometown of Fernie, B.C. There, his Jack Black-lookalike pal faces a threat to his ski-waxing business from that fiendish movie trope, a wealthy real-estate developer. Their solution is to throw a fundraising party (with plenty of Kokanee on hand). The comedy is lewd, targeted squarely at Kokanee's core demographic of 19- to 25-year-old males.

But the massive investment is not simply Labatt's attempt to take product placement to its most ridiculous extreme. It is also part of a major shift toward what is known as content marketing – with less emphasis placed on traditional ads, and more on brands creating the kind of entertainment their consumer base wants to see.

Red Bull did this most effectively last year, with its sponsorship of Felix Baumgartner's record-breaking leap from space. As millions watched online and on television, Red Bull's logo was clearly visible and the company name was embedded in the project. Its "gives you wings" slogan had never been so compellingly brought to life.

Like that jump, Kokanee's decision to make its own feature film was uncharted territory for any advertiser. The focus was not just on the film itself. Labatt rolled out an entire cycle of promotions surrounding it. Fans could audition for small roles in the film either by video or at American Idol-style live auditions. Bands were invited to submit their music for consideration on the soundtrack. People could send in items to be used as props. And regular customers could have their names included in the credits of the movie if they registered on the website with an e-mail address (giving Kokanee an instantly expanded customer database for further marketing pursuits). The "fans" portion of the end credits scrolls by with roughly 3,500 names.

The company enlisted bars in Western Canada to do much of the marketing on its behalf. Bars could vie to be used as a location in the movie – a huge advertising opportunity – if their customers voted for them. But in order to do that, customers had to order a beer to receive a coaster with the voting code on it. The result was that bars aggressively promoted Kokanee. Some even brought in iPads so they could ask customers to vote on the spot.

During the campaign, Kokanee's market share in the West increased 6 per cent over its targets. The company saw a direct sales bump every time it changed its packaging with promotional materials for the film, or rolled out a new component of the film campaign.

"For a small Canadian brand with regional love, it's huge," said Amy Rawlinson, marketing manager for Kokanee at Labatt. "…This is the biggest level of media spend we've put forward on Kokanee in some time. We're breaking conventional models. It's unconventional, it's disruptive. It's something we're really taking a risk on as an organization."

Exhibitors such as Cineplex Inc. were convinced to carry the film thanks to the large marketing investment Labatt put behind all the promotions, ads and trailers. Once it is released, its box-office results will, like other films, be analyzed to determine how long the run will be – it could be only a couple of weeks. But from an advertising perspective, the movie was simply a means to an end: fan engagement, and the sales that follow.

"It's been going this way for a long time. Especially younger people are showing more and more that they could care less whether their entertainment is brought to them by a brand," said Randy Stein, founding partner at Grip. "They just want to be entertained."

By the numbers: Beer marketing on the silver screen

5: roles in the film that were up for grabs for fans to win

20: bars that vied to be used as a location in the film

2:45: running time of the fan-name portion of the credits 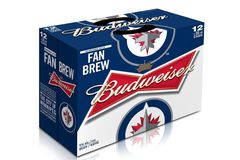 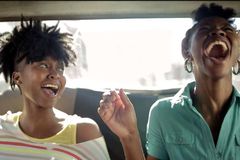 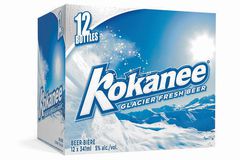