So what do you do when your customers are plenty adept at discovering their own food trends?

For Loblaw Cos. Ltd. and its President's Choice brand, this cultural shift is the foundation of a major marketing overhaul. On Thursday, the grocery giant will unveil what it calls the biggest marketing launch in its history, until now known only as "Project Max": a new campaign, with the slogan "Crave More," designed to modernize the brand for increasingly food-savvy Canadians.

"At a time of bologna sandwiches, Dave Nichol travelled the world and brought these foods to Canadians – a sense of discovery," said Uwe Stueckmann, Loblaw's senior vice-president of marketing. But consumers have changed.

"There's just this discussion and fascination about food that is going on across every demographic," said Angus Tucker, partner and executive creative director at Loblaw's new ad agency, John St. "It's almost what people talk about instead of the weather. Everybody is yakking about food."

When your business is food, that shift in consumer tastes and attitudes calls for a response. And it comes amid an increasingly competitive grocery landscape where discount competitors like Wal-Mart Canada Corp. are giving traditional players a run for their money.

Last December, in the midst of a five-month competitive process, the agencies vying for Loblaw's business received a brief. It said: "The time has come to evolve or even re-invent the PC brand."

What does that mean? For starters, don't expect to see Loblaw's president and executive chairman Galen G. Weston touting the cleaning power of PC detergent, bringing a platter of lollipop shrimp to a curling rink, or chatting with folks at a street party in Newfoundland about his cheesecake pops.

"This new approach is to elevate the brand from a packaged goods food brand to a lifestyle brand," Mr. Stueckmann said. "...That's not how we've marketed it," he said of past advertising. "We've marketed very much like a product [focused] brand."

A 60-second commercial that launches Wednesday is the start of Loblaw's attempt to modernize the 30-year-old PC brand. In a voiceover Mr. Weston talks about the curiosity that drives innovation in food, such as who first thought a mushroom might be edible, or who guessed that some cheeses would taste better mouldy.

The company will produce more videos to tell the stories behind its food – the reason why its extra virgin olive oil comes from South America and not Italy, for example, or a tour of the oldest pasta factory in Italy that makes its Black Label pasta.

That will be the task of a new internal team that Loblaw created roughly a year ago, dedicated entirely to content marketing – which focuses more on storytelling through articles and videos, than on advertising.

A second TV commercial, to come after the launch, will focus on the company's initiative to strip artificial flavours and colours out of all PC products. It's a move that Loblaw has announced at the corporate level, but that has not yet been broadly communicated in its advertising.

These new efforts are an attempt to tap into an increasingly mainstream foodie culture. Consumers are more interested not just in discovering new food, but in knowing more about where it comes from.

So, instead of telling them about food trends, the company is speaking to the trends shoppers are already discussing.

"It's a very different approach to marketing. It's no longer about, 'We've invented this new product and you can try it,' " Mr. Stueckmann said. "It's about engaging in a real conversation about food with consumers."

Loblaw has partnered with Google Inc. to build a "food pulse index," which will track online conversations about food across Canada. It will publish the results on a regularly updated map on the corporate website, which will show food trends by region.

And the content on the site and on Loblaw's social media channels will be determined by what people are talking about. If beets are a hot topic, for example, the retailer will serve up images, recipes, polls and information about the root vegetable. If people are wondering about gluten-free Thanksgiving meals, Loblaw will respond.

The Google trends will influence not just marketing, but also product development at the retail giant.

In addition to other media, Loblaw has struck a deal with Rogers Communications Inc. for "meaningful integration" in its media properties. That includes profiles of its food product developers that will run during the season premiere of Modern Family, and incorporation of PC products into cover page recipes in Rogers-owned magazines.

The company has been quieter in its marketing than usual this year, Mr. Stueckmann said, in order to allocate more of its budget to the later months.

"We've not put more effort and energy behind anything in the history of our company, from a marketing launch perspective," Mr. Stueckmann said. 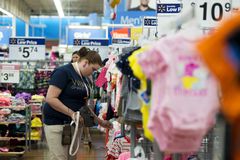