Cat videos are the fuzzy, adorable scaffolding on which a large part of the Internet is built. YouTube sensation Maru, a house cat in Japan, has nabbed more than 180 million views alone. And so, what better way to get across an important but dull message than to serve it up with some cutesy feline antics?

In a video released online last month, "Norman the eco-warrior" bats at bottles, gets loopy playing with cellophane, and like Maru, climbs in and out of boxes. It's all a pleasant distraction while a voice-over discusses Loblaw Cos. Ltd.'s project to convert 100 per cent of the seafood sold in its stores to sustainably sourced products by the end of next year.

Norman is much more than just another cat video: It's also an indicator of a larger push to market a conservation message to a consumer public that both demands more sustainability, and is also skeptical and overwhelmed with green messaging. While it looks like an ad for Loblaw, it was paid for by WWF Canada.

The conservation group has partnered with Loblaw on its push for Marine Stewardship Council sustainability certification on its wild fish (the next step is aquaculture certification for farmed fish). While Loblaw is marketing the project aggressively in-store and on flyers, WWF pitched in.

"People might say, 'Gee, you advertise for them?' No. We're trying to drive consumption habits. We speak to the consumer," said Steven Price, senior director of conservation science and practice at WWF Canada. He believes that working with businesses may be the fastest way to some of the group's conservation goals.

WWF was hoping that the same people who rejoice in the chubby resplendence that catapulted a Japanese cat to fame might also pass around Norman's message. (In a delicious bit of irony, the agency behind the video, John St., is also known for a video that satirizes the industry by declaring that cat videos are the future of advertising.) In the seven weeks since its launch, the video has attracted more than 170,000 views in English and French.

"If we don't get companies onside in a positive way – not just boycotts – we won't get the change that we need; and organizations are realizing that sustainability is a marketing opportunity," Mr. Price said.

WWF is currently inundated with requests for similar partnerships.

"It gives us enormously more credibility," said Paul Uys, vice-president of sustainable seafood at Loblaw. "There are so many eco-labels that consumers don't know where to look and what to trust."

Fostering that trust in green marketing is more important than ever. Of roughly 3,000 executives surveyed around the world in 2011, 66 per cent said that sustainability would be required to stay competitive in the current market – an increase from 2010 – according to the MITSloan Management Review Research Report. Nearly one-third of them said that these types of initiatives had contributed to their bottom line.

Seafood is a hot trend in sustainability marketing at the moment. Global fish consumption is on the rise, but so is awareness of the problems with sustainable fishing and fish farming, Mr. Price said. Different retailers are taking a different approach. In September 2010, Metro Inc. began removing threatened species from its fish counters – now a total of 14 species – and introduced a new labelling system to tell customers where the fish was caught or farmed, and gives information about the fishing practices.

Others such as Whole Foods Market, Overwaitea Food Group, and Canada Safeway Ltd. have partnered with Seachoice, a Vancouver-based conglomerate of NGOs, to implement and promote their sustainable seafood practices. For the past 14 months, Safeway has been working with vendor partners to collect data on its products. In December, it will be rolling out a "traffic light" system that rates fish sustainability in store by colour code. The company has been getting more questions from customers on the issue.

"People want to know more about where their food is coming from," said Renee Hopfner, director of corporate social responsibility for Safeway Canada. "There's increased information about the world's fisheries being exploited or collapsed. Our customers have access to a lot of information, through the Internet especially ... It's one of those perfect storms."

But the efforts have not been without incident: Since 2011, Sobeys Inc. has partnered with Ecotrust Canada's ThisFish.ca to allow customers to trace every fish it sells to its source. To market the program, last month the chain released an online video called "All on the Line," which featured a beautifully shot introduction to each fisherman on a Nova Scotia boat, and promoted it on Facebook. Six days later, an activist posted photos to the company's Facebook page, of sea lice in whole salmon bought at a Maritimes location, leading to a recall. While the problem was with farmed salmon, and the "ThisFish" campaign relates to wild fish, the timing was still bad for the company. Sobeys quieted the campaign (though the traceability initiative is still in progress) and pulled the video . The company declined to be interviewed for this story.

Social media has created more awareness, and risk for missteps for companies. But it has also complicated sustainability marketing more generally, since consumers have their radar up.

"It's a huge issue," Loblaw's Mr. Uys said. "The distrust around this whole question of greenwashing, it's a challenge."

That is partly what has fuelled the appetite for partnerships with WWF and other groups for marketers. That goes beyond seafood. As part of a broader global sustainability plan, Unilever Canada Ltd. recently announced a partnership with Bullfrog Power, and is printing its logo on its Breyers and Klondike ice cream and Yosicle popsicle products, to advertise its use of green energy. At the global level, the company has also partnered with Rainforest Alliance to certify its teas are sustainable – those partnerships offer "a completely authentic message," said John Coyne, vice-president and general counsel at Unilever Canada.

"We're still finding our way as businesses, trying to figure out how do we talk to consumers in this space," he said. "...Will I expect this to have an impact on sales? Absolutely."

Sustainability trends come in waves, WWF's Mr. Price said – from rain forests in the 1980s to seafood today. But while consumers are being offered more green products overall, they also expect more than marketing tokenism with a green claim or special label here and there.

"There's both more good green, and more greenwashing," he said. "There's a greater need for all of us to be more careful, more credible in all of our claims and transparency." 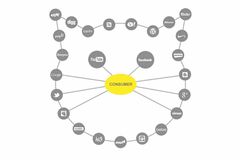 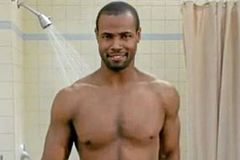 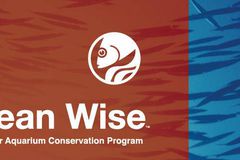