The ubiquitous "Made in China" label may be losing some of its power as Americans seek products manufactured at home. But it is not just U.S. consumers who want to Buy American.

According to research released on Thursday by The Boston Consulting Group, a rising middle class in China has an appetite for U.S. goods, preferring them to Chinese-made products because of their perceived higher quality and durability.

"We thought they'd be drawn to it [American-made goods]. But it was a much larger draw than we'd guessed," said Harold Sirkin, a senior partner at the firm and lead author on the research. "You get a real advantage from a price-premium standpoint, and that has implications for U.S. manufacturers, and retailers."

The patriotic push to "Buy American," not surprisingly, was strong in the United States. Of the 1,001 U.S. consumers surveyed, roughly 80 per cent said they prefer products made in the United States to those made in China, and that they would be willing to pay more for those U.S.-made products.

Recent behaviour reflected this shopping behaviour preference: 70 per cent responded that they had chosen U.S.-made products over Chinese goods in the past month, and 57 per cent said they had paid more to do so.

The research looked at different product categories, and found that U.S. shoppers would pay the highest premium for baby food, household appliances and furniture.

More surprising is the number of Chinese consumers who also prefer a "Made in the U.S.A." label. Nearly half of the 1,000 people surveyed in China said that they prefer U.S. goods over those made in China, and an even greater proportion – 61 per cent – said they would pay more for U.S. products.

Actual shopping behaviour was even stronger: 64 per cent of Chinese respondents said they had chosen a U.S.-made product at least once in the past month, and 52 per cent had paid more for it.

Baby food scored highest in the categories for which Chinese consumers were willing to pay more for American-made goods. Electronics such as TV sets, computers and mobile phones also scored high.

The environmental aspect of consumer sentiment was also a surprise to the researchers, Mr. Sirkin said.

Lower costs pushing manufacturing overseas is an old story. However, with rising wages in China, the Boston Consulting Group has estimated that when shipping and longer lag times for overseas production are factored in, the savings of manufacturing goods in China compared to the U.S. will be almost negligible by 2015.

The researchers have already seen the price-premium phenomenon in action. Mr . Sirkin pointed to Chesapeake Bay Candle, based in Maryland, which returned its manufacturing base to the U.S. from China and found it was able to sell U.S.-made candles at a premium there.

This love for made-in-America products is not universal, however. The study asked the same questions of consumers in Germany and France, and found that a strong majority of those European shoppers prefer products made in their own countries to U.S. goods, and would pay more for local products as well.

But in the United States, awareness of local goods is certainly on the rise. One of the biggest names in advertising in the past couple of decades, Alex Bogusky, returned to advertising this year with his investment in a new agency focused on American manufacturing.

"Red, white and blue is the new green," he declared at the time.

The BCG report was not commissioned by any third party. It is part of The Boston Consulting Group's "Made in America, Again" series of research reports, which have been published since 2011, arguing that U.S. manufacturing is set to experience a resurgence. 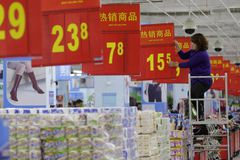 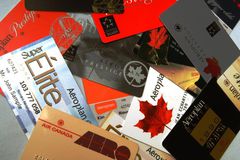 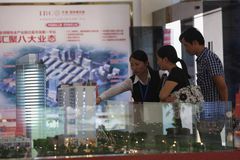