Across the country this week, tables groaned under the weight of holiday feasts. But alongside the turkey, eggnog and shortbread, Loblaw Cos. Ltd. is hoping that hosts also greeted their guests with less traditional fare such as bacon marmalade, umami-spiced tomato and anchovy purée, and perhaps some fleur-de-sel caramels for dessert.

Those are just a few of the items that the grocery chain has been advertising heavily during this busy entertaining season. The inventor of the stark yellow "no name" generic product line has gone gourmet with its newest store brand. The President's Choice Black Label Collection targets a growing consumer population: foodies.

The Black Label products launched late last year, but in limited distribution at first in select parts of Ontario. With the nationwide rollout now complete, there has been a bigger push to advertise the products this holiday season.

A series of videos launched online in October, created by Toronto ad agency Bensimon Byrne and sporting a polished look that consciously imitated the high tone of the how-to videos on gourmet websites such as that of Saveur magazine, with quick recipes such as cherry almond strudel, chermoula roasted aubergine couscous, and a blood orange gin fizz.

The company is now running TV spots, as well as ads in food magazines, and launched two new videos this week. Marketing materials boast of the line's "rich artisanal provenance," and the ads use the tagline, "satisfy your inner foodie." It is the beginning of a long-term marketing effort.

"There's certainly a movement that we see, an increased importance of getting back to the table," said Uwe Stueckmann, senior vice-president of marketing with Loblaw. "It is very appropriate for this time of year, when people look to explore their inner foodie."

Loblaw is far from the only marketer looking to tap into that movement. While the concept of foodies is not new, it has grown more widespread, evolving from a term describing a small group of culinary aficionados to a wider demographic weaned on Food Network viewings and sumptuous-looking magazines and blogs devoted to conspicuous food consumption. Earlier this year, New York magazine published a profile of a Park Slope resident's lifestyle titled, "When did young people start spending 25 per cent of their paychecks on pickled lamb's tongues?" This fall, the authors of the molecular gastronomy bible, Modernist Cuisine, saw a big enough market to publish a version specifically for home cooks. It's no wonder companies are catching on to the possibilities of a lucrative consumer segment that will fork over cash for some foodie cred.

"What even defines a foodie anymore?" said Merri Lee Kingsly, former publisher of Saveur, who in October launched a new food-focused ad agency called Palate, based in New York and part of Texas-based agency FKM. "…Before, we were a unique community. Now, not so much."

Even brands that would seem to be far away from foodie fare are attempting to freshen their image. In July, Taco Bell launched the Cantina Bell menu, created by Top Chef Masters contestant Lorena Garcia, aiming for a more upscale feel. This is the same fast food chain that also made news this year for a monstrosity of a taco that replaced the traditional shell with a large taco-shaped nacho cheese Dorito.

In September, as part of its continuing "happiness" marketing theme, Coca-Cola Co. released a video bemoaning the fact that people do not eat good food together often enough. The video featured a surprise where a Coke delivery truck was transformed into a communal dinner table, with food by Italian chef Simone Rugiati. It encouraged people to use the "Let's Eat Together" app on Facebook to see recipes and invite friends and family to dinner. Amid shots of basil plants thriving in the sunshine, and people passing around cured meats and plates of fresh food, were shots of a platter with a silver dome lid being lifted to reveal bottles of Coke.

Foodie-focused marketing has become so widespread, that the descriptors used to target this type of consumer are now in danger of losing their meaning.

"We really have to understand how played out this word 'craft' is," Ms. Kingsly said. She was speaking from Chicago, where she had been meeting with a client, Graeter's ice cream, to discuss the possibility of launching a line of craft ice cream. But first, she has to determine the best word to market the products.

Ms. Kingsly, herself a certified pastry chef (in her 25-year publishing career she also worked at Bon Appétit and Food and Wine magazines) has built her agency by making good on her contacts, bringing in a network of consultants from the food industry across the United States. For Graeter's, she will first consult with beer sommelier Samuel Merritt to figure out whether "craft" is a term that is too specific to beer marketing to be used for ice cream; and if "artisanal" or another adjective might be better. Once that is settled, if the client is still game, she will work with pastry chefs across the country to come up with flavour profiles.

"I wanted people [at the agency] to be in the middle of what's happening in food trends. By connecting the right chefs with the right brands, it only helps to make it more authentic."

Younger consumers are particularly attuned to the notion of authenticity. The generation aged roughly 18 to 33 – known in marketing circles as millennials – are known for seeking out authentic experiences over things, according to a recent study released by Edelman, a global public relations firm. This is especially valuable for food marketers: 73 per cent of the millennials surveyed said they were willing to pay a premium for food and dining.

Those that are successful attracting millennial foodies may reap the benefits: They are particularly prone to sharing experiences through digital means, and the brag factor associated with haute cuisine is a natural fit.

Recognizing this, a New York restaurant this year launched a marketing campaign based on people taking photos of their food with Instagram. Diners at the Latin-American restaurant Comodo saw an Instagram search term, #comodomenu, at the bottom of their menus. They could use that to see photos their friends had taken of dishes they ordered in the past. Encouraging people to post more photos to the Instagram menu was also a handy (free) digital marketing tool for the eatery – perfectly tailored to a time when more people fancy themselves casual gourmands.

Here in Canada, that expanding group is exactly what Loblaw is targeting.

"The sweet spot for this brand isn't necessarily just the foodie market. It is also a bit broader," Mr. Stueckmann said. "We want the brand to be accessible to people that want to explore food, and not be so intimidating that it would only be for foodies. That's what these advertising spots are really about." 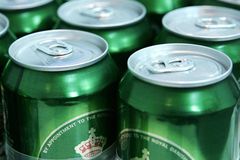 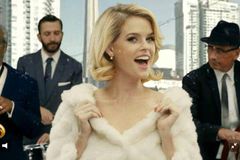 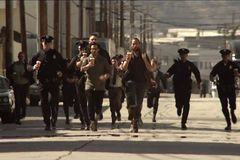