For Olympic advertisers, Sochi is becoming a dirty word.

Take International Olympic Committee sponsor McDonald's Corp. Last month, it invited people to send encouragement to athletes on Twitter using the tag #CheerstoSochi. People hijacked the conversation to draw attention to concerns over gay rights in Russia. A parody of the classic "I'd like to buy the world a Coke" ad has appeared on YouTube, juxtaposing the ad with images of protests being suppressed and also using the "Cheers to Sochi" label.

It's just one part of a larger call to International Olympic Committee sponsors, who are being encouraged to speak up more forcefully against Russia's human-rights record. But for sponsors of national Olympic committees (such as the Canadian Olympic Committee), it's a different story. Fred Sainz, vice-president of communications and marketing at the Human Rights Campaign – one of the organizations putting pressure on sponsors – says national partners can reasonably argue they are not implicated in the same way. Their marketing dollars are directed toward athletes and national teams. While many advertisers normally covet a top IOC sponsorship, keeping their support more localized could be a blessing this time around.

Canadian sponsors almost always focus more on a sense of national pride than on the host country itself.

"Our focus is our support on the athletes, coaches and the COC," said Louis Côté, director of loyalty and strategic partnerships at Petro-Canada parent company Suncor Energy Inc. "We have to let the COC work through those issues."

Not everyone believes it's an issue that advertisers need to worry about.

"I don't think there's damage to the sponsors," said Brian Cooper, president and CEO of marketing firm S&E Sponsorship Group, who has helped to negotiate sports sponsorship deals. "The sponsor is supporting what the Olympic rings stand for. I don't think there's any transference of the host country's human rights history. Look at Beijing, which has a bad human rights record. I don't believe there was any brand damage at all."

Most Canadian Olympic Committee sponsors say the controversy on the ground has not changed their marketing plans. Here is how some of them are planning their Olympic marketing messages. 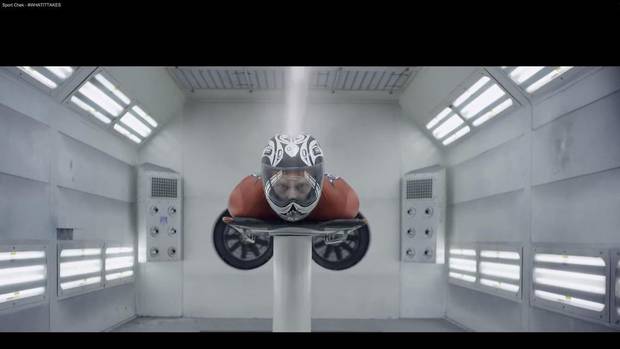 Following the blockbuster partnership that parent company Canadian Tire Corp. Ltd. signed with the Canadian Olympic Committee last year, Sport Chek is making the Olympics the core of its brand position – and not just during the Games, said vice-president of marketing Frederick Lecoq.

Other sponsors are “going to shut down” their Olympic advertising when the games are done, he said. “We feel like there’s something there. We need to sustain that momentum.” (Canadian Tire signed an eight-year sponsorship deal with the COC; such deals normally cost about $5-million per year.)

The “What it Takes” campaign is the biggest in Sport Chek’s history and it will continue after the closing ceremonies. In March, the brand will run a welcome-home campaign celebrating its athletes, and immediately after, to market the start of running season, it will feature those athletes in its spring commercials as they return to training.

It is spending big to establish that brand identity during the Games: 25 per cent of its marketing budget for the year will be dedicated to the two-and-a-half week sporting event. The company is making a statement about where media spending is headed as well: Nearly 40 per cent of that Olympics budget will be dedicated to digital, mostly advertising on online video site YouTube and social network Facebook. It will be taking a prominent position at the top of the YouTube website in Canada for every day of the Games, and will be further experimenting with “shoppable video” -- video that allows viewers to buy things they see with just a click. 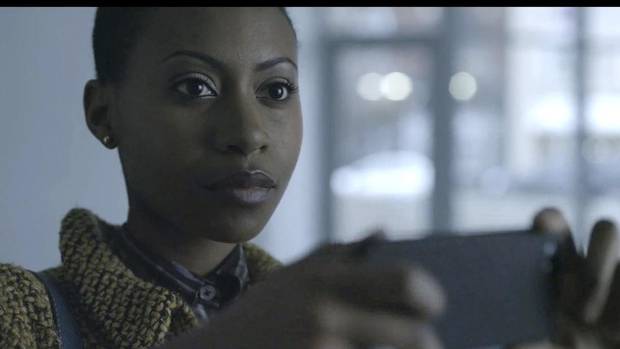 A move toward emotion – RBC

The country’s largest bank is changing direction during these Games, and following a trend that has become much more common recently: emotional advertising.

RBC’s Olympic campaign, launching officially on Friday, compares athletes’ Olympic dreams to Canadians’ dreams for their own futures – such as buying a home where they can raise a family, starting their own businesses, or sending their children to university.

The “Your someday is here” campaign is a departure for RBC, an Olympic sponsor since 1947, which in recent Games has used “Advice you can bank on” as its advertising message.

Jane Broderick, the chief brand and communication officer, said her team has noticed the power of advertisers who are able to tap in to consumers’ emotions. “We want people to feel something,” she said.

“In London and Vancouver, we didn’t step back and look at really the mindset that Canada is in during an Olympic time and make our brand relevant in that environment. We stepped back and spent a lot of time making it simple for Canadians to understand our messaging.”

RBC has also been working with Twitter, which has been reaching out to Canadian Olympic sponsors to sell them on its advertising services. The bank has purchased a “promoted trend” – landing atop a list on Twitter that shows popular topics – nationwide on the final day of the Games, to push its campaign during events such as the gold medal men’s hockey game and the closing ceremonies. 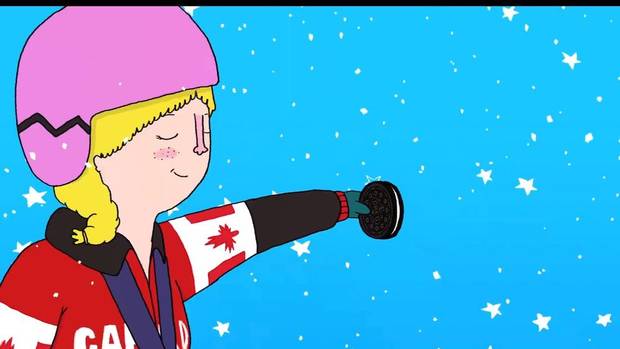 The maker of products such as Caramilk bars, Oreo cookies and Ritz crackers decided at the last minute to strike an Olympic sponsorship deal, so it had to move lightning fast. The company began talks with the Canadian Olympic Committee in June and announced the four-year partnership in November – not very long to change production lines to crank out Olympic-themed snack products, or to build an advertising plan.

But the company saw an opportunity to harness part of the Olympic conversation, much as it did with Oreo during last year’s Super Bowl, by commenting on events in real-time and snagging plenty of unpaid attention. Mondelez will have a “war room” for real-time communications on platforms such as Facebook and Twitter during the Games.

“We’re trying to elicit the same reaction that the Oreo team was able to get last year,” said Janine Keogh, vice-president for the biscuit category.

The company has bought time with broadcaster CBC for its “Pride” and “Joy” animated Olympic mascots, who will come on screen in reaction to different moments in time – executing figure skating jumps if Canadians make the podium in that sport, for example. 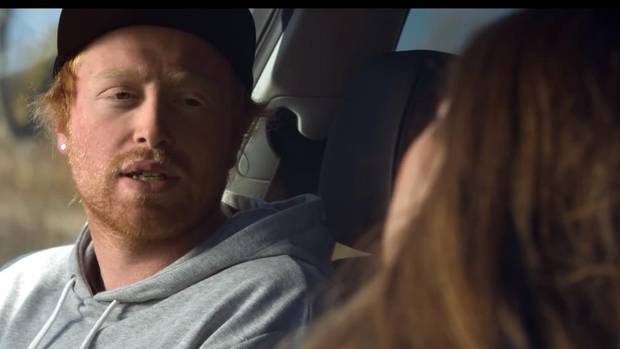 Driving in cars with athletes – Petro-Canada

Distracted by its merger with Suncor Energy, Petro-Canada did not advertise as heavily during the London 2012 Games as usual, Mr. Côté said. This year it’s back, with ads that put the Olympic and Paralympic athletes it sponsors into cars, to talk to each other about their journey to the Games.

“The Olympics are about Canadian pride. Where we get our payback is around brand awareness,” he said. 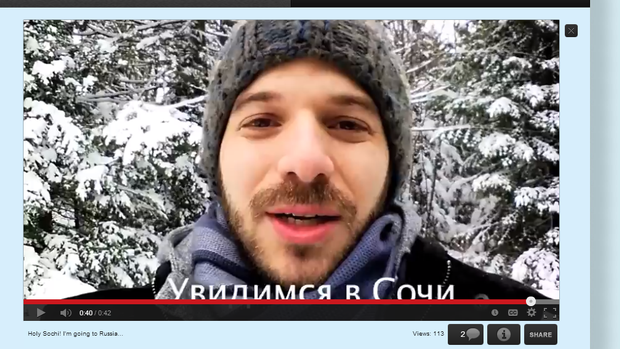 Samsung is both a sponsor of the International Olympic Committee and the COC. This year it is sending what chief marketing officer Mark Childs calls “roving reporters” to Sochi from countries around the world, including Canada. Each of them will send dispatches home about the Games – using Samsung’s Galaxy Note smartphone, of course. Producing “content” that people want to see, and not just ads, is a growing priority for advertisers. Samsung is also hoping to become a medium where people send their good wishes to Canadian athletes, through its “notes from home” website. 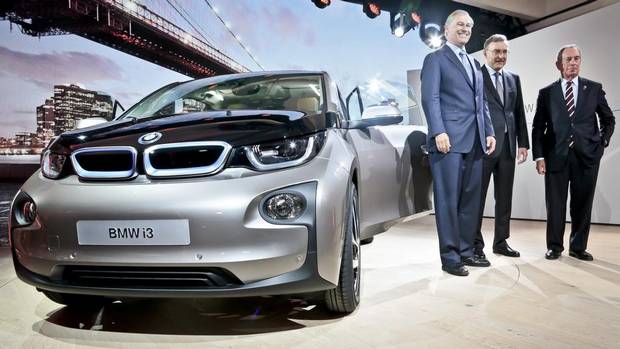 BMW has a busy year ahead: it is planning to release roughly one new car model every month, as well as a new sub-brand for the electric car, BMWi. So it has a big stake in making sure consumers have their eye on its marketing. An ad for its new electric vehicle will have its debut during the opening ceremonies on Friday.

“The Olympic platform offers us the opportunity to share our brand story with more Canadians than ever before,” said Kevin Marcotte, director of marketing for BMW Group Canada. “… This is essentially our Super Bowl.”

The luxury car maker is looking to the “second screen” to make its message heard: knowing that viewers are often glancing at phones or tablets while watching television, it has invested in Twitter’s “TV ad targeting” tool. Basically, Twitter will keep an eye on which of its users are commenting on the Olympics broadcast around the time BMW’s ads run. It will then push promoted messages to those viewers on Twitter, with links to the 15-second ads on the company’s YouTube channel.

The time difference between here and Russia means that many customers will be accessing Games content online, in addition to being on social media while watching TV. That is making social media a priority for advertisers, Mr. Marcotte said.