On the 12th anniversary of the World Trade Center attacks, some companies referencing the event in marketing messages discovered that many consumers aren't ready for such a strategy.

On Wednesday afternoon, AT&T's verified Twitter account posted the message "never forget" accompanied with a photo of a hand against the New York skyline. The hand is shown holding up a smartphone to take a photo of the memorial at ground zero, where the twin towers used to stand.

That tweet was pulled within an hour. A new tweet reads: "We apologize to anyone who felt our post was in poor taste. The image was solely meant to pay respect to those affected by the 9/11 tragedy."

And the telecommunications company wasn't the only one to post 9/11-themed tweets.

On its verified account, HBO promoted its digital HBO GO service by suggesting that viewers "remember all the reasons we love NY" by watching an old episode of Sex and the City . HBO representatives did not respond to a request for comment.

The Los Angeles Lakers tweeted the message "#neverforget" over a photo of Kobe Bryant, without explaining the connection between the star basketball player and the event that took more than 3,000 lives. John Black, a representative for the Lakers, explained that the photo showed a commemorative patch that team members wore at the time.

Mr. Black said the team received negative feedback and apologized. "We used a photo of how we commemorated 9/11 in the 2001-02 season, shortly after the tragedy occurred, because we wanted to show our support of what we felt at that time and continue to feel now," he said. "Out of respect for the intensely personal nature of how people remember this day, and that we recognize that not everyone understood the intent of our message, we pulled down our tweet and photo."

"Companies should never use tragedy to market their products and services, or do anything that could even be misconstrued as such," said Matt Singley, chief engagement officer at Singley + Mackie Inc., an L.A.-based agency that consults with clients such as Samsung and Electronic Arts on their social media strategies. "From unrest in the Middle East, to the tragic tsunami in Japan, to 9/11 and the significance of that date for so many people, brands need to learn to back off and step in to the background."

That's a lesson that many marketers are still learning.

On Aug. 13, the 50th anniversary of Martin Luther King's historic "I have a dream" speech, NBC's Golf Channel was panned online for asking people to "tweet your 'golf' dream" using the #DreamDay hashtag. And Klout, a service that measures people's influence on social media, apologized and deleted a tweet it called "in poor taste." In that message, the service retweeted a user who suggested that "Martin Luther King would have had an awesome Klout score," adding the reply, "Definitely!"

Fashion designer Kenneth Cole has taken flak more than once for controversial tweets. Last week, he attracted some criticism for using the discussions over possible strikes against Syria to promote his shoes.

" 'Boots on the ground' or not, let's not forget about sandals, pumps and loafers. #Footwear" read a message on the verified Kenneth Cole account.

In 2011, he suggested in a tweet that riots in Egypt were a result of excitement over his new collection. He later apologized, but in a recent interview with Details magazine, he insisted that he "wasn't sorry," and said e-commerce sales and the company's stock both went up as a result.

Still, in the unpredictable world of social media, such gains aren't assured, and in many cases, negative reaction could amount to a net loss. Thanks to the proliferation of social media, potentially offensive marketing efforts reach increasingly wider audiences.

On Wednesday, a photo was posted on Twitter allegedly taken at the San Diego Marriott Mission Valley. It showed a sign with the Marriott logo offering the following 9/11-themed promotion: "In remembrance of those we lost on 9/11, the hotel will provide complimentary coffee and mini muffins from 8:45-9:15 am." The Twitter post attracted mocking responses, calling the move "clueless" and "ridiculous." A representative in the general manager's office at the San Diego hotel declined to comment on the authenticity of the photo. Representatives at Marriott's corporate office did not respond to requests for comment about the photo.

General manager Marc Watts told The Associated Press that the promotion has been offered annually since 2010, but this year the golf course received angry messages and death threats on its Facebook page after the ad was widely circulated online.

The instant communication cycle of social media notwithstanding, brands have to be reminded that using world events as a corporate plug is not always good policy.

"It's no longer true that all publicity is good publicity, and today's insensitive tweets are good examples of that," Mr. Singley said. "A good guideline for community managers and content creators: Focus on the good in the world, and remember to be human when the bad comes along." 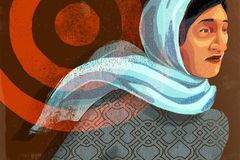 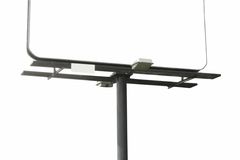 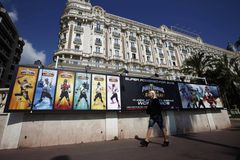 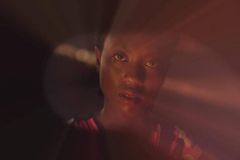