This is one persnickety refrigerator.

The brand's red beer fridge was born with a stunt in Europe where a fridge full of suds would only open at the scan of a Canadian passport. It has taken a few more iterations since then. The newest emphasizes the multicultural side of Canada: The fridge will only open when it registers people saying the brand's tagline, "I am Canadian," in six languages out of a possible 40. This is where we run into difficulty.

During a test at the Toronto offices of ad agency Rethink, it registers me in English, French, and Japanese – credit to an exceedingly patient teacher all those years ago in Osaka – but my Korean is deplorable. Mandarin, even worse. The display on the front of the fridge brusquely reports that there is no language detected. "Open the pod bay doors, HAL," I venture. Nothing.

But then, the machine was not built to respond to one person's pitiful phonetic readings of Italian phrases on a cheat sheet. The idea behind this and other fridge stunts is to draw a crowd.

Like many brands, Molson's marketing has shifted focus to respond to a digital age. The company still makes commercials, but it is throwing more energy – and money – into stunts and online videos that will draw people's attention. The brewer is a sponsor of the Pan Am Games in Toronto next month, and will install the fridge on site in hopes that people will interact with it, take selfies with it, and share those on social media such as Twitter and Facebook. And in the case of those not on the ground, pass around video of the fridge to friends.

On Thursday, Molson released an online video of a test it conducted with the new fridge in St. Lawrence Market in downtown Toronto. A shorter version of the video will launch as a TV commercial starting on Saturday.

But is all this obsession with that odious term, "going viral," even worth anything? Sure, people might be charmed by a video and pass it around on Facebook. But is it worth the marketing investment?

Chris Blackburn, director of marketing at Molson Canadian, believes it is. The beer segment in which Molson Canadian competes – sandwiched between the cheaper "value" beers and the increasingly popular craft beers – is in decline, by 3.1 per cent last year. But while sales in the segment fell, Molson increased its market share slightly. It attributes that growth in part to the beer fridge campaigns.

"It really is the toughest part of the market for us to be competing in. There are a number of different challenges for a big brand like Molson Canadian," Mr. Blackburn said. "To have been able to uncover, with the team at Rethink, a symbol like this that has helped to tell our brand story over the last few years, and to see that translate into positive business results as well, has been very encouraging for us."

It is particularly important to create advertising that works in digital media, since that is where younger people are spending more of their time. And it is people under 29 that Molson is most keen on marketing to, since brand loyalty built in the early years after a customer reaches legal drinking age is crucial to the long-term health of the brand.

Rethink approached the team at Google Inc. to help build the technological guts of the fridge. It has a tablet device attached inside and connected through a wireless link to Google's Translate service, using Google's speech-to-text recognition. A team of roughly a dozen people had to work on it, since recognizing a phrase when the computer does not know what language a user is speaking can be tricky. The device now recognizes about 40 languages.

It reflects a wider trend in advertising, too: Agencies are increasingly building things for clients that go far beyond the traditional commercial.

"We've got four or five projects on the go right now, including this one, where agencies have come to us and said, 'We want to build this thing, and can you help us?' " said Adam Green, creative agency lead for Google Canada.

The technology has its glitches: I successfully utter a phrase in Indonesian, but it is recognized as Thai.

But the agency is excited to extend its patriotic message with more diversity. The hope is that the message will be striking enough to be worth sharing in an environment where people would rather be watching cat videos.

"There's so much competing for consumers eyeballs. We're competing against Netflix and Funny or Die," said Aaron Starkman, partner and creative director at Rethink.

"The standard for the quality of storytelling that brands need to get audiences' attention has never been higher," Molson's Mr. Blackburn said. "The days of the 30-second spot being the bedrock of your campaign are gone." 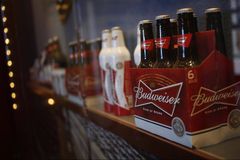 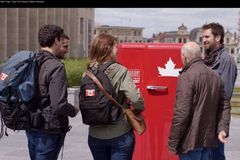