The dominance of digital media over marketers' advertising budgets is continuing its relentless march, mostly at the expense of print.

Just five years ago, newspapers still held a larger share of overall advertising spending in Canada (at about 25 per cent in 2011) than digital did (with nearly 22 per cent at the time.) Two years later, that picture flipped, with digital eclipsing newspapers for the first time; and this year, the squeeze has continued. Newspapers are sitting at nearly 13 per cent of spending with digital accounting for almost 42 per cent, according to media buying and planning firm GroupM's yearly "This Year Next Year" report on global media and marketing. In most cases, growth in newspapers' and magazines' digital ad revenues have not kept pace with the losses in print.

These numbers have reverberated in the Canadian market this year: Staffing levels are down at major print outlets including Postmedia Network Canada Corp.'s chain of papers, the Toronto Star and The Globe and Mail. The Guelph Mercury shut its doors in 2016; La Presse ceased printing weekday papers in favour of digital editions and companies closed printing plants, leading to further job losses. In magazines, Rogers Communications Inc. has cut or reduced the frequency of a number of print titles.

But there is another contraction at work as well: While TV advertising remains robust, its numbers are slipping slightly. Viewership among people between the ages of 25 and 54 was down 5 per cent – and that's with the boost provided by the Olympics and the strong performances of the Toronto Blue Jays and Toronto Raptors – following a 6-per-cent drop last year.

Advertisers still see TV as highly effective in reaching people, but in 2017 the pressure will be on for the nature of TV commercials to evolve.

"Not just in Canada, but at a global level we really are pushing the broadcasters. Let's have the ability to buy in real time; more ability to target; to purchase true audiences clients are looking for; more ability to measure the effectiveness of TV," said Neil Johnston, GroupM's chief investment officer in Canada. "What will give TV another golden era is when we know where a viewer lives and that she wants to purchase car insurance, and we can deliver her a message about car insurance."

This kind of targeted advertising is known as "addressable TV," and aims to put the same kind of ads – based on a person's interests and profile – on TV that people are already used to seeing online. Canada's major TV players have already begun testing these technologies, but they are not yet widespread.

"The dream is every house gets a different ad. But if we could get to every postal code getting a different ad in the next year, I'd be happy," Mr. Johnston said.

GroupM is also pushing broadcasters to invest more in Canadian content, since ad-skipping technology and divided attention among digital devices mean that commercial breaks on TV are less reliable for their reach. That means advertisers are seeking out placement of their brands within the shows themselves: in Canada, that's possible only with Canadian productions.

But while digital is a behemoth, changes are needed there, as well: roughly 34 per cent of global digital ad revenues flow to Facebook and Google, but advertisers are asking such companies to help them better measure what's happening to that spending.

"They're very data-rich companies. The problem is they're loath to share the data, and there have been issues this year with transparency," Mr. Johnston said. "We're trying to push them to be more open." 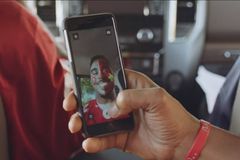 Judging beer by the bottle: How a craft brewer tripled sales
Subscriber content
June 2, 2016
Follow us on Twitter @globebusiness Opens in a new window
Report an error Editorial code of conduct
Due to technical reasons, we have temporarily removed commenting from our articles. We hope to have this fixed soon. Thank you for your patience. If you are looking to give feedback on our new site, please send it along to feedback@globeandmail.com. If you want to write a letter to the editor, please forward to letters@globeandmail.com.
Comments