Pigeonholed as the vacation choice of retirees and lower-income families, the RV industry has an image problem. Recreational vehicles are not usually pitched as a dreamy, aspirational getaway choice. A new advertising campaign is attempting to address that.

Launched online this month, and coming to television in March, the campaign does not linger on images of RVs. Instead, the focus is on artful shots of sunlight streaming through the ropes of a hammock, and urban-liberated free-range children running through the mud and finding critters in the grass. The ads are designed to combat people's negative impressions of RVs, and instead to lend them a more premium feel.

"Because we deal with this perception issue, one of the ways we can overcome that is showing the RVs in their natural habitat – these beautiful natural areas – and showing that's accessible," said Chris Mahony, executive director at Go RVing Canada, a non-profit association that pools the marketing budgets of RV manufacturers and dealers to promote the activity.

Following a severe dip in 2008, RV sales have generally been growing in Canada, with the industry tracking one of its biggest years in 2013. The industry wants to keep that momentum going: Last year, sales were roughly flat, with declines in Ontario and Quebec offset by growth in the rest of the country. Go RVing felt it needed an advertising shift.

In recent years, its campaign slogan has been "unschedule." Its commercials featured harried families weighed down by too much screen time and overlapping ballet, guitar and martial arts lessons. Camping was pitched as the antidote. The association decided to focus less on the problem and more on the solution. The new ads propose that consumers can use an RV purchase to rediscover "wildhood" for themselves and their kids.

The idea is to appeal especially to consumers in their 40s with children, who have been a growing segment of RV users. While many people think of empty-nesters when they picture RV vacations, 67 per cent of owners are under the age of 55. That's up from close to 50 per cent just seven years ago.

It can be a good sell when it comes to those for whom a cottage property is out of reach. Roughly 10 per cent of Canadians own cottages, according to the industry group, while about 14 per cent own RVs.

But the industry still faces some resistance. In market research, a few factors held Canadians back from considering an RV purchase, including fear of driving a larger vehicle, cost and storage concerns. (Many dealers offer storage services as part of a purchase, something that Go RVing is hoping to communicate to potential customers, particularly urban and suburban dwellers.) But the biggest factor by far was emotional: Many Canadians do not feel that RVing is "for people like them."

"It is so much more than the stereotypes," said Denise Rossetto, partner and executive creative director at DS+P, the advertising agency behind the campaign.

Staff at the agency used an actual RV as a "war room" when working on the campaign, and invited their kids to spend time in it as well.

"It's funny, all our kids loved, loved, loved the RV and the sense of adventure and freedom from rules … , " Ms. Rossetto said. "We thought if we could capture that, then we would have something that would get people to consider RVing." 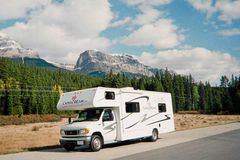 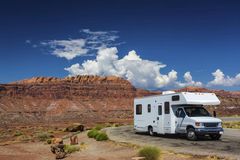 Canadian advertising firms zero in on distinct Quebec market
May 12, 2018 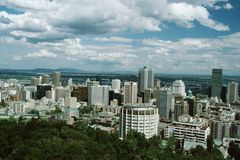