Coca-Cola Co.'s advertising over the years has been built upon a consistent theme, from its 1920s slogan "Enjoy Life," to "Have a Coke and a Smile," and most recently, "Open Happiness." But Coke's ads are now addressing something that can put a dent in anyone's sunny disposition: calorie counting.

The company's global campaign to fight obesity, which launched in January and will eventually roll out in 40 countries around the world, is coming to Canada on Tuesday. It is the first time Coca-Cola has addressed the issue of obesity in its ads.

The spots talk about the company's low– and no-calorie products across its portfolio of sodas, juices, and other drinks; its push for clearer calorie-count labelling on packages; smaller portion sizes; and its partnerships such as with school breakfast programs and active living organizations – ParticipACTION , in Canada's case. On Monday, the company announced a five-year continuation of that relationship and committed $5-million toward ParticipACTION programs. It also reminds viewers about the need to balance intake of calories with exercise.

The campaign comes at a sensitive time, as consumers grow more health-conscious. It is particularly sensitive for soft drink manufacturers: research in The New England Journal of Medicine last fall found that rising consumption of sugary drinks has "paralleled the rise in obesity prevalence".

Critics of Coke are using the firm's own marketing imagery against it. A campaign in October, produced by legendary advertising creative director Alex Bogusky, slammed Coke by satirizing its mascots. In the spot for advocacy group The Center for Science in the Public Interest, a family of cartoon polar bears get fat, grapple with Type-2 diabetes and tooth decay, and eventually toss their cola into the sea.

According to Nicola Kettlitz, president of Coca-Cola Ltd. in Canada, the campaign is not a response to any specific criticism, but to the larger health concerns around obesity. In Canada, nearly a third of children are overweight or obese, and among adults that percentage is roughly 60 per cent of men and 44 per cent of women, according to Statistics Canada data from 2011.

"The core objective is, we believe and strongly promote being part of the debate," Mr. Kettlitz said. "A debate is happening. The issue exists."

Consumer demand has also changed. Over the last 10 years, sales of regular-caloric sparkling beverages have declined, while diet product sales have risen. Low- and no-calorie drinks now account for 30 per cent to 40 per cent of Coca-Cola's sales in Canada.

The shift is not limited to beverages. Michael Cohen, a professor of marketing at New York University, researched consumer demand in the breakfast cereal market. He found that higher amounts of sugar in a serving were seen as strongly negative.

He believes the Coke campaign is a smart strategy.

"The pressures come from the market … consumers are more educated about what they put in their bodies," Prof. Cohen said. "And there's been a shift toward less sweet tastes."

However, the strategy has also raised some eyebrows. "It's part of their broader campaign to reposition the soft drink industry in the public's mind," said Michael Jacobson, executive director of The Center for Science in the Public Interest. "When you look at their ads, it's fun and excitement, and happiness, and being hip and modern. But these companies are selling junk food that causes health problems."

Mr. Kettlitz said that the new campaign represents a shift in how the company does business. The ads will run on television for three weeks, and online, followed by a secondary campaign on the same theme running for eight weeks. More of this type of marketing is to come.

A marketing cliché that works: Evian’s dancing babies back
April 19, 2013 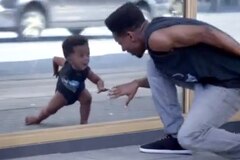 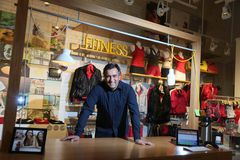 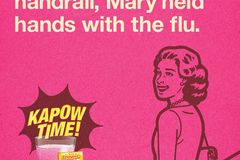