The new year is a time of reflection – and sometimes, course correction. That applies as much to business practices as it does to your chocolate habit. The Globe spoke to industry watchers to suggest some resolutions that the advertising industry (including marketers, their agencies and the media companies that sell ad space) really should commit to in the year ahead.

Get consent – real consent – before you track people

Look, nobody reads the fine print. Particularly not when you hand them pages and pages of it and fill it with legal jargon. But that doesn't mean that those people do not deserve a say in how their information is collected, sold and used to target them with advertising.

This year, the Office of the Privacy Commissioner of Canada plans to publish recommendations for simplifying privacy policies so that consumers are better informed as to what information is collected about them, how it's used and with whom it is shared. The Office is also encouraging the development of technological solutions – such as plug-ins for Web browsers that could remember people's privacy preferences and implement them across websites – to make control over one's own data simpler.

"We have made review of the consent model a priority," Commissioner Daniel Therrien said in an interview. "Everybody agrees that these policies are not effective. … Advertisers are very creative in the work they do. I would call on them to be creative and smart about writing agreements that are easy to understand for consumers."

Do a wage audit

Gender issues in advertising came to the fore in 2016, as a sexual harassment lawsuit sparked conversations about whether agencies had really left their Mad Men days in the past. But in addition to ensuring appropriate conduct in the workplace, systemic gender issues also need addressing, in particular wage disparity between men and women. Agencies who care about diversity should do a wage audit this year, working with their HR departments to ensure that people doing the same job are paid comparable salaries – and adjust wages when discrepancies are found. Shops such as the Martin Agency and Venables, Bell & Partners have already conducted such exercises.

"That's the most concrete, tangible, doable action on this issue," said Kat Gordon, founder of the 3% Conference, which advocates for more diversity in agencies' leadership positions. "You have got to have done that if you want to have anything on your website talking about being a diversity-friendly environment."

Quit it with the kickbacks

A bombshell study out of the United States this year accused Madison Avenue's biggest agencies of pocketing extra fees that they did not disclose to clients – known as "rebates" but essentially kickbacks – while buying ad space on those clients' behalf. Such rebates, the study by K2 Intelligence said, amounted to anywhere from under 2 per cent to 20 per cent of media spending, depending on the account. This affects companies across industries. More recently, the U.S. Department of Justice has subpoenaed agencies owned by the world's largest ad holding companies in an investigation of price fixing in video ad production. The investigation is looking into whether media agencies deliberately fed work to production firms owned by their own companies. Transparency in advertising contracts is not just an issue in the United States.

"From what I understand, it happens here," said Ron Lund, president and chief executive officer of the Association of Canadian Advertisers.

This year, the ACA plans to release a "master services agreement" that will act as a template for advertisers and their agencies to write up contracts that address such issues up front.

"Work to ensure there is transparency," Mr. Lund said. "The only way we can rebuild trust is to get under the hood and see what things have been broken in the past."

More than once this year, Facebook Inc. disclosed that it has misreported some of the key information – such as video viewing times and audience reach – that advertisers use to judge how effective their campaigns are on the social network. In response, it said that it would allow more third-party measurement and would create its own Measurement Council to address the issues. But for some in the industry, it was simply another sign of the work still to be done to make measurement in digital media more accountable, whether in regard to established giants such as Facebook, YouTube and LinkedIn, or growing products such as Snapchat. Even when third-party measurement is allowed, there is no auditing of how the raw data is gathered and presented, industry insiders say. Just this month, the Association of Canadian Advertisers joined the industry's Media Rating Council in order to push for better measurement practices. As digital media are expected to draw more than $6-billion in advertising spending in Canada this year – by far the largest ad medium – such measurement is important because it affects how companies across sectors invest significant chunks of their marketing budgets.

"You need real visibility into the units you're buying, how many people saw them and for how long they were seen. The centre of the debate is the desire of certain parties to measure all of those things themselves and to report to you," said Rob Norman, chief digital officer of the world's biggest media buying firm, GroupM. "No one is saying that digital is a bad deal. … Improving the efficiency of that advertising involves very significant amounts of money." 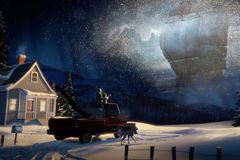 Follow the ad money: Digital shift gathers steam
December 8, 2016
Destination Canada’s digital advertisement partnerships paying off
December 1, 2016
Follow us on Twitter @globeandmail Opens in a new window
Report an error Editorial code of conduct
Due to technical reasons, we have temporarily removed commenting from our articles. We hope to have this fixed soon. Thank you for your patience. If you are looking to give feedback on our new site, please send it along to feedback@globeandmail.com. If you want to write a letter to the editor, please forward to letters@globeandmail.com.
Comments