Pizza Pockets are not the treat they used to be.

The microwavable, round, calzone-type snacks were advertised in the 1990s as the "favourite snack" of teens – with assurances that they were "baked, not fried," to comfort the snackers' parents. But these days, the young people who are the product's target market are not as drawn to frozen foods as they once were.

It's a problem that has affected other parts of the frozen-foods portfolio for the brand's owner, McCain Foods Ltd. To combat the trend, last year McCain redesigned the packaging of its frozen potatoes to communicate a more natural image, and launched new advertising as well. Now the company is turning its attention to Pizza Pockets.

Toward the end of the year, Canadians can expect to see new advertising for the sleepy brand, attempting to revive its appeal among consumers wary of convenience foods. But the idea for the campaign did not come from an advertising agency. It came from a group of university students.

The unusual collaboration is the result of a three-year project that OCAD University in Toronto has undergone to revamp its four-year, undergraduate advertising program.

The program has been bringing in the kind of big-name clients that advertising agencies serve in the real world – Bank of Nova Scotia, Mercedes-Benz Canada Inc. and Canadian Tire Corp. Ltd.'s Jumpstart charities among them – to work on projects with the students. The marketers outline market challenges, give a creative brief and ask students to come back to them with a solution. They are high-pressure exercises: Students work in teams under real deadlines, and marketers give feedback and rate the work. It's the kind of work experience that helps students hit the ground running when they graduate.

Some faster than others: For the first time since the program began bringing in marketers, one of them decided to buy the rights to the students' ideas. McCain paid a licensing fee – split between OCAD and the students – and is now working with its own agency to bring the campaign to life.

"Some of them even held their own focus groups, talking to and filming their cohort," said Ann Urban, associate professor in the department and owner of her own marketing firm, Urban & Co. Inc. "They did a lot of reality checking against perceptions, attitudes, values and habits of that target audience. And they were in a unique position to do so."

After all, as university students still adjusting to living on their own and feeding themselves, they are the target market.

Since the Ontario College of Art and Design became a university in 2002, it had to burnish its academic bona fides, and the advertising program began focusing more on a thesis-based course of study. This academic track still exists, and is well suited to students going on to higher learning or hoping to work on the client as opposed to the agency side, Ms. Urban said.

But the department has faced some criticism for failing to provide students with enough real-world experience. So in 2012, faculty began evaluating its other program, known as "Ad Concept/Collaboration," talking to more than 100 people including current and former students, creative directors from advertising agencies and marketers to find out what skills graduates need in the fast-changing job market.

The changes resulting from that study have now been implemented for three years. About three-quarters of the students now take the "Concept/Collaboration" program. Of those, more than half at graduation had already been hired this year, by both agencies and marketers.

This is happening at a time when OCAD has been fighting for relevance. While undergraduate student enrolment has grown by nearly 20 per cent since 2009, the growth has plateaued in recent years. In the 2013-14, academic year, OCAD had 3,945 undergraduate enrolments (full time-equivalent students, FTEs), according to the university's operating budget documents, the same number as the previous year. In the 2014-15 year, that number was down very slightly, at 3,897 undergraduate FTEs.

Enrolment in the revamped advertising program has also grown: The program went 10 per cent over its student quota last year, and in response to the demand this year, another class has been added.

"I told Ann these kids could give any agency a run for their money. I was very impressed," said Vikram Bawa, McCain's vice-president of marketing. "The minute we saw the final presentation, we made the decision right there and then that we wanted to own the idea. We agreed on a fee for the students, and also a contribution to OCAD. It was fairly reasonable, and worth every penny."

As for the idea itself, for competitive reasons Mr. Bawa is keeping it under wraps for now.

Meanwhile, many of the students who worked on the project are testing their skills. Nellie Kim, partner and creative director at ad agency lg2 Toronto, hired two students as interns. She is considering full-time positions for them.

"Before, kids would come in with work from their thesis program, and it was very theoretical versus practical," Ms. Kim said. "It's veering back on track with a practical view to what really goes on in agencies. The thing that distinguishes OCAD from the other [student portfolios] that I see, is that there's a bit more broader thinking. The campaigns are bigger, and they encompass different types of media."

While advertising programs and especially business schools will frequently work with real companies on instructive projects, it is incredibly unusual for that work to see the light of day.

"I find that business students are very restrictive in their thinking today," Mr. Bawa said. "Bringing a design student to solve business problems as well as a design problem is so important. I would like to see more integration between business schools and design education in the future. I think that it is crucial for the health of our industry." 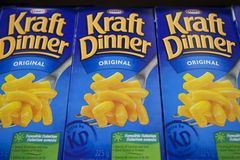 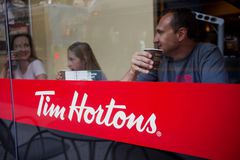 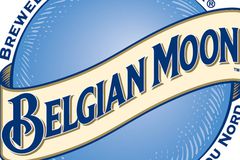