How do oil and gas companies market themselves when, for some consumers, oil is a dirty word?

One way is to simply drop it. Last week, during an appearance at a forum in Toronto, the director of Royal Dutch Shell PLC's upstream Americas business, Marvin Odum, suggested the company may drop "oil" from its name in the United States, where it is called Shell Oil Co.

"The name is a little old-fashioned, I'd say," Mr. Odum said in response to a question about Shell's investment in natural gas. "And at one point we'll probably do something about that." Later in the conversation, he reiterated: "Let's just call it Shell. I think that works better."

Shell's U.S. spokesperson Kelly op de Weegh said the company has "made no plans to change the name of our U.S. subsidiary," and declined requests for an interview. However, the fact that a senior executive is publicly musing about the rebranding move signals a larger challenge for the industry, as debates rage over the safety of transporting oil by rail, the building of pipelines, and the environmental impact in Canada's oil sands and elsewhere.

In response, companies are attempting to present their brands differently, whether by advertising support for renewable energies, or attempting to draw focus away from oil production and toward friendlier pictures of the uses of energy in daily life.

In a first for the company, Suncor Energy Inc. launched its campaign "What Yes Can Do" in the fall of 2013, featuring images of pristine forests alongside shots of glittering city lights, cars on roads and a scientist in a lab. The commercial professed a commitment to asking "is there a better way to get things done?"

"This was the first major advertising campaign for the company. We really wanted to portray our willingness to engage in conversations about the tough issues facing the industry," the company said in a statement.

In 2010, Cenovus Energy Inc. launched the "More than Fuel" campaign, showing oil as part of "innovation" such as ultrasounds and the touchscreens on smartphones and tablets. More recently, it has focused on oil as a contributor to the economy, with shots of farmers' equipment, cargo ships, planes and school buses. The company is currently "evaluating what our future advertising strategy will be," spokesperson Brett Harris said in an e-mail.

In May, the Canadian Association of Petroleum Producers launched its "Raise Your Hand" campaign after research showed the Canadians who support the industry are less inclined to say so than those who are opposed.

"Over the past 10 years, attention on the industry has grown," spokesperson Chelsie Klassen said, adding that she has noticed a shift in marketing strategies among CAPP's member companies. "We're starting to see a different approach to how [energy] affects you, outside of the industry, the average Canadian."

"The industry historically has been good at talking about what we do. But we decided it was more important to talk about why it matters," said D'Arcy Levesque, Enbridge's vice-president of enterprise communications and corporate social responsibility. "… We contribute to a lot of those moments that each of us experience every day but we tend to take for granted."

Oil and gas companies straddle a tricky divide between the public's unquenchable thirst for energy and growing demand for more responsibility in developing the sources of that energy. Last year, amid the heat of the debate over Enbridge's Northern Gateway pipeline, the company suffered some bad PR when The Ride to Conquer Cancer in B.C. dropped Enbridge as a sponsor and Northwest Community College in Terrace, B.C., turned down bursaries donated by the company.

"We recognize that we're facing more scrutiny," Mr. Levesque said. "It's important that we respond. This isn't about beating our chests and talking about all the great things we're doing. Sometimes the industry tends to overplay their hand in that kind of advertising, and people's eyes tend to roll."

That was the case for an energy giant that – unlike Shell, just yet – did try to strip the reference to oil out of its name. In 2000, BP Amoco rebranded itself as BP, and declared that its initials would now stand for "Beyond Petroleum," rather than "British Petroleum." It also introduced its new logo, meant to look like a sunburst, to refer to other sources of power. Its initials were also changed to a friendly lower-case font.

"We are not an oil company," chairman Sir John Browne said at the time.

The Deepwater Horizon oil spill in 2010 was a disastrous reminder that BP was still very much an oil company.– and critics hastened to point out the irony of the slogan. In 2011, BP shuttered its solar power business and in 2013 it divested its wind power assets, citing "a continuing effort to become a more focused oil and gas company." Even before those moves, the bulk of its investments remained in oil and gas. BP declined a request for an interview.

"If I could characterize the shift in the last 10 or 15 years, in those days, marketing was seen as a tool for growth," whereas today the approach is more defensive, said Mark Pigott, a senior partner with Brand Insights, a consulting firm that works with the industry. (Mr. Pigott also formerly worked on Shell Canada's advertising during his time with the ad agency Ogilvy & Mather in Toronto and Calgary.) "They all use the same optimistic vernacular in terms of the things they're doing beyond the reality of the business they're in."

Despite real investments in natural gas and some renewable energies, renewables still account for just 3 per cent of worldwide consumption, according to BP's world energy report.

And at the end of the day, the industry's new reality means that advertising is to some extent, purely cosmetic. "The marketing is going on not in television screens or the digital world, but with special interest groups on both sides of the fence," Mr. Pigott said. "It's handled by lawyers, and by lobbyists." 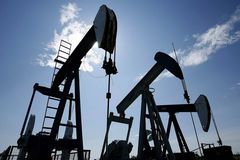 Raise your hand if you think a big oil spill couldn’t happen in Vancouver
May 24, 2015 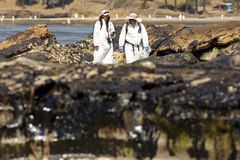 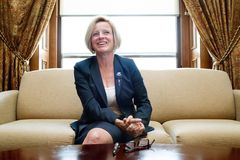