Kunal Gupta has been taking a lot of meetings.

The founder and CEO of Toronto-based firm Polar has been sitting down recently with more than 100 of the largest publishers in the U.S., Canada and the U.K. who have all been looking for technology to manage a growing part of their business: "native advertising," ads that are built to look more like content you actually want to read.

In the coming weeks, Polar will announce that it has signed a deal with The Washington Post to use Polar's software, called MediaVoice, to manage its branded content. A spokesperson for the Post confirmed the deal, but declined to comment. Polar will also soon announce deals with other big-name media companies in the U.S., as well as Canadian publishers Rogers Media and Postmedia Network Canada Corp. Torstar Corp. has been testing the software.

Of course, native ads are not new – but they do have new importance.

They used to be known as advertorials. Those ads that looked like articles in newspapers and magazines are being given new life and buzzy new names for the digital age. "Native advertising," "branded content," "sponsored content" – it all signifies advertising that is meant to match the style readers are used to in the pages of their favourite publication or website. Marketers achieve this by partnering with media companies to nestle their ad messages among that desirable content.

Native advertising is growing as publishers desperately seek out new revenue models. In a June report, research firm eMarketer forecast that spending on "digital sponsorship ads" would grow 22 per cent in the U.S. this year to $1.8-billion (U.S.). While that category of ads is fairly broad – including logo placements, banners, preroll video ads and other forms of digital advertising, eMarketer noted that a large part of that growth comes from native ads.

With more people consuming information on mobile devices, marketers have struggled with how to make advertising messages resonate on smartphones and tablets. Traditional banner ads tend to be more annoying than useful, since "fat finger" syndrome makes it easier to accidentally click on them on a small screen. Those tiny ads also generate little revenue for publishers and media companies, as inventory is plentiful.

Meanwhile, companies that actually make money on mobile are pursuing a totally different strategy. Facebook Inc. has trained its users to accept seeing advertising integrated into the "feed" that they scroll through, and has seen its mobile ad revenue surge. In its filing for an initial public offering on Thursday, Twitter reported that 65 per cent of its advertising revenue comes from mobile, and that 161 million people use mobile devices to access the service each month.

BuzzFeed, the website known for easily-digested miscellany ("23 Dogs Who Really Love Their Best Friend") and that has recently branched out to more news and political coverage ("The Government Shutdown is Exactly Like 'Mean Girls'") has massive mobile traffic, has never taken a banner ad, and is profitable.

In a memo to BuzzFeed last month, founder and CEO Jonah Peretti wrote that it will more than double its amount of "social content advertising" this year compared with last, conducting 600 to 700 programs. S. C. Johnson & Son Inc., The CW Television Network and Mars Inc. have all paid to place content on Buzzfeed recently as "featured partners." Other media outlets – including The New Yorker and Fox News – have done the same.

Last year, for example, BuzzFeed ran a campaign for Mini USA to promote its cars. The campaign tagline was "not normal," so BuzzFeed advertising team created the kind of articles you might find on the site anyway, around that theme. The articles drew in more than one million page views and outperformed much of the site's own editorial content. More than two-thirds of those views came from social sharing. That means the majority found the article because a friend or someone they follow on services such as Facebook and Twitter had recommended it; meaning they were also more likely to read it.

Compare that with findings on "banner blindness," such as an Infolinks study this year that found 60 per cent of those surveyed could not remember the last banner ad they saw, and the appeal to advertisers is clear.

"Compared to having a small piece of real estate on that small mobile screen, [with native advertising] you're getting more real estate," said Yuri Machado, senior vice-president of integrated advertising and strategy at Postmedia. "Combine that with actually providing that 'permission marketing' model of useful information, and that increases engagement."

Of course, when it is done wrong, this content is like advertising chum: it may draw you in, but it gives off a stench.

The popular website Gawker has occasionally been an example of this, with content that actually speaks in brand lingo in a ham-fisted way. A post this summer sponsored by Oreo – whose slogan is "wonderfilled" – concluded with the following cringe-worthy sentence: "Can you guess which Good Sam celebs are setting the bar instead of closing it down? If all the stars in Hollywood followed their lead, oh what a wonderfilled universe it would be."

According to Mr. Perelman, BuzzFeed gets away with native ads – with a highly skeptical young readership – by using a dedicated team to make sure the branded content has the right tone. He also emphasizes transparency: Sponsored posts are highlighted in yellow and displays the advertiser's name in the space where a writer's byline would normally appear.

Where Toronto-based Polar comes in is with an infrastructure to manage all that. Mr. Gupta has been signing these deals because the firm offers a way to distribute native ads more effectively. It will ensure, for example, that the same sponsored posts won't appear in the same spot every time a reader goes to a website. It also manages caps on readership: On a busy news day, a sponsored post on a news website or mobile app could easily over-deliver on readership on a sponsored post there. That may lead the advertiser to ask for that larger exposure for the same price next time, devaluing the ad. The system prevents that by taking posts down when they reach that cap. And the software manages analytics to show the effectiveness of these ads. Making them palatable to readers is up to the publisher.

Polar, which was formerly called Polar Mobile, recently rebranded itself after recognizing the business opportunity that managing native advertising presented. The firm wanted to take advantage of this by positioning itself as more than a mobile developer.

"Gone are the days when, as an advertiser, I'm going to shove a billboard in people's faces," Mr. Gupta said. "In a world that's far more educated, far more informed, the way a marketer influences buying decisions is primarily by engaging with the customer. Content is the best way to do that." 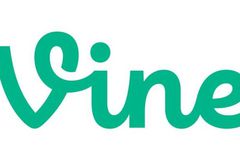 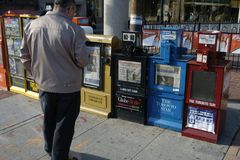 Can’t get Super Bowl ads in Canada? Create your own
September 27, 2013 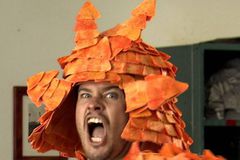 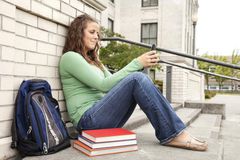