With their bright yellow signs, grinning cartoon mascot and discount ambience, Giant Tiger stores do not necessarily project an image of a fashion destination.

But a new advertising campaign is attempting to change that, and it also represents a major change to the 55-year-old retailer's marketing strategy.

The ads, which launch on Wednesday, are the first national TV spots that Giant Tiger Stores Ltd. has run in its history. There will also be spending on print, such as in magazines Chatelaine and Coup de Pouce, and digital ads as part of the campaign. Typically, the company has relied on flyers, e-mail and other direct-to-consumer marketing techniques (when TV campaigns have occasionally run, they have been limited and local), and it has increased its advertising budget significantly this year to fund its new approach.

"There was a recognition that Giant Tiger really wanted to invest, and elevate the brand," said Karen Sterling, vice-president of marketing for the Ottawa-based retailer.

While the stores have offered clothing before, they are launching three new fashion brands in an attempt to persuade their target customers – those in rural and suburban areas, and lower-income shoppers – to consider purchasing more clothing alongside the housewares and other discounted products that draw them in. It's also an attempt to attract younger shoppers who have not been the chain's core customers.

The marketing effort comes on the heels of a major project to refresh the look of the stores: The company has tried to declutter the overall appearance, and layouts have been changed to categorize areas more clearly by product category and to make products easier to find. The new apparel brands – one for exercise clothing, one for dressier outfits and one for casual everyday clothing – will each have their own area of the store, which Ms. Sterling refers to as their "fashion houses."

It's a challenging time to be investing in the $25.8-billion Canadian apparel market. Sales this year have grown just 1.7 per cent as of the end of April, according to research firm NPD Group, and while women's clothing is by far the largest slice of that market, its sales were flat in that period, while growth was driven largely by the men's and children's categories.

However, there is an opportunity outside the central urban markets, where Giant Tiger stores are mostly located. While some other stores, notably Canadian Tire Corp. Ltd. and rival discount retailer Wal-Mart Stores Inc., are located outside urban centres, there is less competition over all.

"They capture that rural market that is underpenetrated, especially from a fashion perspective," said Sandy Silva, NPD's Canadian analyst for the fashion apparel and "prestige beauty" industries.

Not only are brick-and-mortar stores concentrated in larger centres, she said, but shoppers in smaller markets are slightly less inclined to shop online because of the inconvenience of delivery options and, in some cases, spotty Internet connectivity.

"You're left with having to drive to the closest local town to rely on some form of fashion, and in most cases, it's just not there in terms of depth of offering," she said. "It's a smart move."

"There was a desire to bring the brand to life, which you can do through TV and digital, where you're actually going to attract new customers," said Ted Nation, president of agency Yield Branding, which created the campaign. "[Their ads] have really been targeted, within a certain radius of each store. By going on national specialty TV, you're going to be hitting a lot of people outside of that target."

With more luxury retailers entering the Canadian market, there is also an opportunity for growth among price-sensitive shoppers, Ms. Silva said. "It's both ends of the spectrum that we have to watch out for," she said. "As luxury grows, you're going to have the other end of that. … There are people who just can't enter into that [luxury] market, and they're still looking to satisfy the entry-level price point." 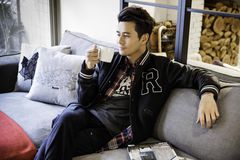 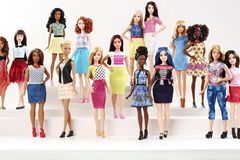