Savvy shoppers know, roughly, the price of staple items that frequently appear in their shopping baskets. Relatively few people, however, commit to memory the net weight of their favourite products.

But small changes in the number of sheets in a toilet paper roll, flakes in a cereal box or cheese in a block can add up to hidden price increases, when brands charge the same or similar prices for less volume. The technique, known as "downsizing," can slip those price changes through, often without many consumers noticing. But Saputo Inc. is the latest company to find itself under fire for shrinking its products without warning.

Last month, the Canadian dairy company reversed a change to the size of its Neilson milk packages: The three-bag packages of milk shrank from four litres (or 1.33 litres per bag) to three litres (or one litre per bag) some time last year. Customers raised alarms.

"We understand that this change was not favourably received by many of our consumers and we are sorry," the company wrote in a letter, obtained by The Globe and Mail, responding to one customer complaint. "Based on the feedback received, we've realized that for many of our loyal customers, the 4L bag was simply a better format. And so, we've listened. ... We sincerely hope you will be pleased with our decision." The letter included a coupon for a free four-litre bag of milk "as a token of our appreciation for your loyalty."

In Saputo's case, the drop in size was accompanied by a price drop, according to shoppers in a forum on the website RedFlagDeals.com, where some objected to the change. In one Loblaws store last May, one commenter noted, the four-litre package of homogenized milk cost $6.79, while the three-litre package cost $5.19 – a price increase, on a volume basis, of only 3 cents per litre, or 9 cents per package for that type of milk at that retailer's price.

Prices can vary widely from retailer to retailer, so this is not a reliable measure of just how much prices changed across the board; Saputo declined repeated requests to comment on this story and was not available to verify prices, or comment on its motive for the change.

However, the response the company faced is emblematic of a changing era of customer relations: While the members of sites like RedFlagDeals represent a minority of extreme deal hunters, online communities such as this provide a wider forum for people to share intelligence on marketing and pricing tactics. That, in turn, can lead to greater customer awareness of changes that may appear to be price hikes in disguise or other marketing tricks.

"People will learn about it more readily because of online media," said Edgar Dworsky, a former assistant attorney-general in consumer protection in Massachusetts, who specialized in advertising and retail issues. Mr. Dworsky founded consumer information websites, and closely tracks the issue of downsizing. "It is the rare, rare company that will make an about-face."

Downsizing is an old technique for companies to tweak their pricing, Mr. Dworsky explained, because it requires customers to read the fine print – which few are willing to do – and even if they do notice, it often imposes such a small price difference per package that customers may feel sheepish complaining. That can change, however, when customers have a way to build communities and compare notes. Shoppers recognize that while the individual costs per package may be small, they can add up over time with regular purchases – and can also add up for companies, when multiplied over the range of a nationwide market.

"Manufacturers have learned that shoppers are very price-sensitive, but they're not weight-sensitive," Mr. Dworsky said. "To the extent they can slip through a price increase unnoticed, they may do so."

Whether Saputo intended to impose a price increase – or whether it simply wanted to provide packaging in sizes that would be more "affordable" for shoppers feeling the crunch of rising food prices, as one RedFlagDeals user claimed the company wrote in response to a complaint – the backlash it received, and its sizing reversal, show how the relationship between companies and their customers is changing. Shoppers are resentful of brands that do not appear to be transparent in their marketing. And with more resources at their fingertips to research those marketing practices, and to talk back to companies through e-mail and social media, they are more inclined to vent their displeasure to those marketers than ever before. 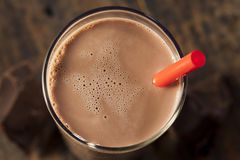