Kael's round cheeks are wet with tears. A rare immune deficiency has drained what should be the boundless energy of a seven-year-old, and he sighs with the weight of a much older person.

That's just one of the scenes that appears in this year's fundraising campaign for the SickKids Foundation, but the story does not end there. The footage is actually taken from the charity's advertising last year. That campaign led to the largest amount donated to SickKids in a single month. So it's bringing six children (including Kael, now eight years old) back, giving viewers a chance to find out how they are doing now.

The campaign, which will launch on Monday, provides a glimpse into the growing influence of social media for all marketers, including charities during the biggest giving season – the holidays. Charities are looking for any advantage they can get. While the total amount donated to charitable or non-profit groups grew by 14 per cent between 2010 and 2013, according to the latest numbers from Statistics Canada, the overall number of donors dropped slightly. And the average donor is getting older.

As younger people in particular spend increasing amounts of time online, the digital elements of campaigns are crucial in appealing to a broader set of donors. SickKids is seeing donations from online donors (as opposed to other methods) grow by roughly 20 per cent this year, compared with last year.

In 2014, SickKids released an ad each day for almost two months, profiling a different child at the hospital. Those ads aired on TV, but YouTube, Facebook and the campaign website were important resources for ensuring that more people saw the stories.

"It was a campaign that performed exceptionally well on Facebook, because every day it was a new piece of content," said Lori Davison, vice-president of brand strategy and communications for the foundation. "That mirrors people's habits on Facebook, with the daily checking-in."

People connected with them, and gave in record numbers: The foundation drew $37-million in donations last December, the biggest month in its history, up from $31-million the year before.

This year, it will post pictures of the kids on Facebook, with messages such as "Remember Charlize? She was born with a rare heart condition and would need two open-heart surgeries to survive. Help unpause her story." People who click on the picture will be taken to a donation page. A donation will unlock a video with an update on that child.

For each child, the foundation has chosen a goal for the number of donors; if that many people give (regardless of the dollar amount), then anyone will be able to watch the video.

The foundation chose which stories to follow up partly by analyzing which of its videos caused the highest number of people to press the "like" button or to share the video with their own networks.

"Social media help organizations to have data on what their audiences react to, and to adjust accordingly," said Marnie Grona, director of marketing and communications at Imagine Canada, a group that works to strengthen the charitable sector.

SickKids has never done an ad campaign that is a direct follow-up on another one, but has been active on its social media feeds this year providing updates on the children in last year's ads. It let its followers know when Kael was able to go home. But the follow-ups are not always happy: Four of the children profiled in last year's campaign have since passed away. It posted a tribute to one of them, Danielle, who died in the summer. Another, a cancer patient named Grace, became the subject of a new video the foundation released, with the support of her family, to tell the community that she had died.

It was a counterintuitive move for a charity that would more often be eager to share its successes with donors. And it was the first time the foundation had so prominently highlighted a patient who did not survive. "There's always more work to be done. … We never want to lose that side of the story," Ms. Davison said.

More charities are waking up to the power of social media. Last year, the grassroots "ice bucket challenge" drove a massive spike in donations to organizations fighting amyotrophic lateral sclerosis (ALS). This year, the Princess Margaret Cancer Foundation launched its first ever digital fundraising campaign, encouraging people to take a "No Hair Selfie" (either actually shaving their heads or using an app to achieve the virtual effect) and post it on social media to show their support for those going through treatment. The campaign more than doubled the foundation's fundraising goal, to $1.85-million.

"In the past, you'd have, say, a phone drive, you have your list and you have volunteers and you call everybody. When you run the numbers on the cost associated with doing this, it's a big effort," said Kevin Chan, head of Canadian public policy for Facebook Canada, who has worked with non-profit organizations using social media. "With Facebook, they're able to reach donors and speak to them in a very direct and authentic way without putting together this big apparatus."

Even for a charity such as SickKids, which has the budget for TV ads, the digital realm is invaluable in connecting with the donor base. On Monday, it will launch a two-minute television ad using last year's footage, which will air through the end of December. The six updated videos will launch online and on social media on Nov. 16.

The foundation reviewed its advertising strategy in the spring, so while some of the footage is older, a new agency, Cossette, is handling it this time. (J. Walter Thompson Canada, which created last year's ads, declined to participate in the review.)

"It's the kind of very personal engagement we are always trying for," Ms. Davison said. "… Telling human stories in the social media space is a way to engage people in the way they want to be engaged."

The children who will be part of the SickKids Foundation campaign this year:

The Globe and Mail shadowed the production crew during one of its days filming last year's campaign, following them through the halls and even into an operating room to observe heart surgery. The foundation provided updates on the two children who appeared in The Globe's story.

Liam Angel, at three years old, was recovering from his third open-heart surgery last year. At birth, the left side of his heart had not properly developed. He continues his treatment at the hospital, and is doing well. He will be one of the children to appear in this year's campaign.

Danielle Garand had a hole in her heart that had caused the 17-year-old to lose weight and energy. She is feeling better since her surgery and attends Zumba classes twice a week.

Opinion
Donors, charities must plan to capitalize on change to capital-gains tax
August 27, 2015 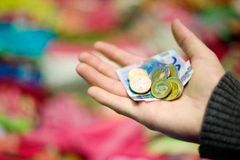 ROB Magazine
How Dave Toycen boosted donations at World Vision Canada by 700%
May 28, 2015