They are a part of many people's daily lives, crucial sources of news, valuable ways to connect with friends and family and to build digital communities. But while social media have become ubiquitous, they are struggling to win trust among many of their users.

In fact, in terms of trust, social media rank lower than banks, telecommunications providers and pharmaceutical companies, according to a new survey from Environics Communications, which will be released on Tuesday. Asked to rank companies on a seven-point scale of trustworthiness, only 26 per cent of respondents gave social media a ranking of five or higher, putting companies such as Twitter and Facebook on a level with Canadians' trust in energy, pipelines and resource companies.

"It's surprising. These are relatively new industries, they haven't had a lot of time to accumulate baggage … but there's something about what's going on that is not creating trust," Environics CEO Bruce MacLellan said. "If you think about a 10-year-old social media company with the same level of trust as a pipeline company, it's astounding."

Environics is not the only firm to find this. PR firm Edelman, which conducts an annual "trust barometer" study, last year found that trust in business had declined significantly.

When it comes to social media, the low level of trust has a lot to do with the business on which it is based: advertising and specifically the collection of personal information crucial to advertisers that want to target messages to the right people. It may be entertaining to share pictures on Instagram, send goofy doodles to friends on Snapchat and announce an exciting life event on Facebook – but people are wary of how the information they share is being collected, whether it is safe and how advertisers are exploiting it to sell them things.

"The whole privacy issue is a huge part of this," Mr. MacLellan said. "… People are wary about what's going on with that content, and how it's being used. I also think our society lives in continual fear of data breach."

That matters because a dearth of trust can affect people's attitudes towards the messages they receive through social media. More than 50 per cent of people surveyed last year by Gandalf Group on behalf of Advertising Standards Canada, said ads they see online are not trustworthy. Roughly 60 per cent said they were very or somewhat uncomfortable with truth and accuracy in social media ads, specifically.

Most people trust personal recommendations, or word of mouth, most highly, the Environics survey found. Sampling the product or service came next and then online reviews. Traditional advertising such as in print, on TV or on the radio, social media posts by companies, and online ads all ranked lowest in trust.

To be sure, behemoths such as Facebook aren't going anywhere. But long term, trust can factor into whether consumers continue to use a service.

"The real issue here is customer loyalty," Mr. MacLellan said. "If there's ever competition that comes up, lack of loyalty is going to hurt them. So building trust, as a way to build loyalty, is very important."

Social media companies aim to take advertising to the next level
February 11, 2016 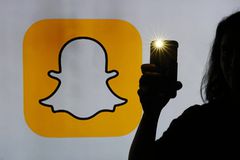 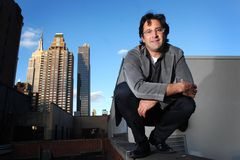 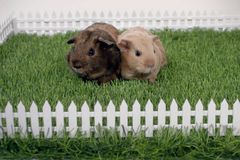