As media companies seek out new ways to make money, is a crisis of trust brewing?

That's the question that two studies recently have partially attempted to address. Earlier this month, the firm Contently released a study arguing that the proliferation of "native advertising," also known as "sponsored content" can lead to a loss of credibility for the news sites that host it. On Tuesday, the Interactive Advertising Bureau released its own study with research firm Edelman Berland, attempting to dig deeper into the issue.

This type of advertising is important because media companies are seeing huge spikes in people accessing their services through mobile devices and online. And the price of classic banner ads that appear at the top and sides of web pages are simply not enough to sustain a business weaned on traditional ad rates (such as those commanded by print publications and television.) By offering up "native" or "sponsored" content -- articles, photo slideshows and the like that mimic the tone and style of the rest of the website instead of looking like ads -- those media companies are able to ask for higher prices from advertisers.

The question of whether the media industry can afford to continue to turn up its nose at this prospect, may already be settled. Outlets including the New York Times, Wall Street Journal, and The Globe and Mail have all begun publishing these types of ads, though the approach and frequency differs across organizations. That kind of adoption sends a message that the media industry believes "sponsored content" is a credible way forward as it scrambles to adapt its business model to the digital age.

But is it creating serious issues for the relationship media companies have with their readers?

The new IAB study polled 5,000 people who visit U.S. news websites. The majority did not feel that sponsored content actually enhanced the overall experience of the website: just 38 per cent overall felt it did, and 27 per cent in the case of general news readers (as opposed to business and entertainment, where the number was roughly 45 per cent.)

A common defence of sponsored content is that it is clearly marked -- often highlighted a different colour from other headlines on a website -- so that there is no ambiguity over what is part of the site and what is advertising. Despite that, the IAB study found that for those reading general news, just 41 per cent were able to recognize that the material they were looking at was advertising. The study found that entertainment and business readers had a much easier time, with more than 8 in 10 who felt the ad content was easy to spot.

That kind of confusion brings to mind the much smaller Contently study, released earlier this month. While it surveyed just 500 people, the feelings toward native ads were clear: almost 59 per cent said that a news site "loses credibility if it runs articles sponsored by a brand." What's more, nearly 67 per cent reported that they have felt deceived when they realized that an article or video they were looking at was sponsored by an advertiser.

It is easy to see why native ads have become more popular. For advertisers, it's a way to borrow a bit of credibility from a media outlet that people love; indeed, the new IAB study found that when readers believe a news website is credible, they are 33 per cent more likely to perceive advertising content as credible.

It's also a way to tap the attention of consumers who are bombarded with ads as they spend more time online and on their phones. Countless marketers have found that those skeptical consumers are more willing to give a bit of their time to advertisers that are willing to entertain them. The IAB study showed that 60 per cent of people are more receptive to online ads that tell a story instead of just selling something. The survey also showed that when the content is relevant; when brands have some expertise in the subject; and when consumers are familiar with and trust the brand, readers are more likely to be interested.

Consumers are not stupid. They understand the trade between the content they enjoy and the advertising that comes with it: 86 per cent of people surveyed accept that ads are part of the deal when they receive content online for free.

But the occasional lack of clarity should be a point of concern for media companies and advertisers alike -- and a cautionary tale for those selling sponsored content out of necessity. Once people feel deceived, the credibility of the outlet handing them dubious content will be hurt. That is bad for the advertiser looking to build goodwill with potential customers. And it is bad for media outlets, whose entire relationship with readers is built on a sense of credibility and trust. 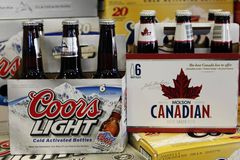 The animals will stay, but Telus’s ad business is changing hands
June 27, 2014 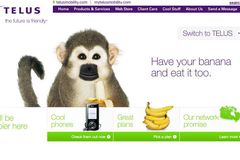 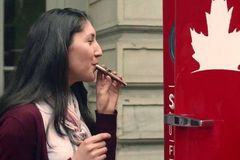 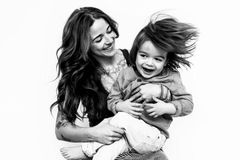