Asking a bunch of young Texans to do their worst to your new product would be an odd marketing choice for most companies. Yet that is precisely what Kraft did when it invited some YouTube stars to find inventive – and sometimes destructive – ways to make its new "water-enhancer" product, called Mio, squirt.

While the water-additive category has traditionally been skewed to women – think of Kraft's other big water-enhancer, Crystal Light – the unusual campaign was part of a strategy to appeal to a new target demographic, young men.

The Texas-based group Dude Perfect, five guys known for their online videos of basketball trick shots, took on the challenge on YouTube, blowing up bottles of Mio with explosives, hitting them with a sledgehammer, and shooting the concentrated red liquid into a glass several feet away by squeezing the little bottles in a vise – all in the name of discovering the funniest, most unusual ways to "trick squirt" the product into water.

The online video went hand-in-hand with the goofy television ad Kraft used to launch Mio in Canada. Featuring nonsensical humour targeted to younger viewers, the ad demonstrated how the product could be customized by the amount of liquid added to water (unlike powder enhancers that come one serving to a packet). The two men discussing Mio transform into a fighter pilot, a sea captain in pyjamas, and a seventies-style tennis star as their office surroundings become increasingly ridiculous.

It was a shift for Kraft, which has been accustomed to marketing many of its products to women, especially moms, said Leisha Roche, director of cold beverages and innovation at Kraft Canada. But while the company is hardly turning its back on moms and families, like many other marketers it is keen to understand a group that is growing in importance: male millennials.

"Millennials" are a juicy target for advertisers; while definitions vary, the group represents young consumers from their late teens up to about 30. Advertisers court young people in an effort to build brand loyalty that will last as consumers reach adulthood and build greater affluence. But it is particularly important to understand the current cohort, who represent a major shift in have markedly different media habits and attitudes toward advertising.

"We see it as just a stepping-stone to make ourselves a little bit more innovative, more contemporary. Tap into a new consumer," Kraft's Ms. Roche said. "To do that, we've got to come out with new products and we've got to speak differently to them."

Part of that is understanding the shift in consumption habits. Consumers are more health-conscious, and this has affected beverages such as pop. According to a trend report from the Coffee Association of Canada, the number of Canadians surveyed who said they had consumed soft drinks in the past day has fallen slightly, to 33 per cent in 2011 from 37 per cent in 2007.

Meanwhile, water consumption is up: to 65 per cent in 2011 from 58 per cent in 2007. And those trends are even more pronounced among millennials: 18-to-24-year-olds drink more water (bottled and not) than any other age group. The surprising popularity of water among young men was an issue for Kraft, which already had water enhancers "for her" such as Crystal Light, and for kids (Kool-Aid), but nothing for men.

After its launch last year in the United States, Mio (which means "mine" in Italian) racked up $100-million (U.S.) in sales in its first nine months. Men are now driving growth in the category: As first reported by The Wall Street Journal, Coca-Cola has trademarked a product called Dasani Drops, identified as a syrup or concentrate for flavouring beverages.

But Mio has also provided a lesson for Kraft in advertising to young men, just as Stride gum has been for the snacks side of its business. Kraft's media buy was focused on TV programs that skewed male, but it also leaned heavily on digital: The company bought much more preroll (the ads that play before videos online) than usual, on sites such as TSN.ca and MTV.ca. And on YouTube, it bought "True View" ads, which allow viewers to opt out of ads they don't want to watch – all of this a response to research that shows male millennials watch video on their computers more often, but are especially reluctant to watch advertising.

Competitors are responding as well. Recognizing that traditional advertising is not as powerful with this group, Coca-Cola Canada has put more emphasis on experience-based programs. For example, Coke Zero, which is highly targeted to this demographic, used a corporate partnership with the Toronto Maple Leafs to get Leafs players to coach young men's recreational league hockey games.

"The millennial generation is a key consumer group for us and we take a much different approach to engage with them on their terms and in their space," said Coca-Cola Canada's director of brand communications, Shannon Denny.

Pepsico Canada has also focused on millennials with, for example, the relaunch of Mountain Dew – with more caffeine, new packaging and citrus flavouring, all based on feedback from young men.

"It's no longer a one-way thing, where we do research and build our marketing programs. They're speaking to the brands and we're listening," said director of marketing Robb Hadley. "They want fun, exciting digital communication."

Pepsico also has the leading product for men in the water-additive category in Gatorade powder, he said.

Kraft has proved the category had room to expand. The company does not disclose absolute sales numbers for Canada, but it says that, in three months, it has already doubled the sales targets it set for the first year in this market. According to Nielsen, the "powdered soft drinks and liquid concentrates" category in Canada grew 10 per cent in April, driven mostly by Mio's first month of sales here, and it grew 9 per cent in May, driven entirely by Mio.

But it's not just what male millennials buy, it's how they buy it. Their grab-and-go shopping habits led both Pepsico and Kraft to market their male-focused products around the perimeter of stores, especially in front-of-store displays.

Understanding those shopping habits will be crucial for advertisers as millenials age and eventually have families of their own. That's something that Kraft has on its mind – as do many marketers looking to the next generation for growth.

"When you're engaged with a brand, there's an affinity there that you take with you as you age," Ms. Roche said. 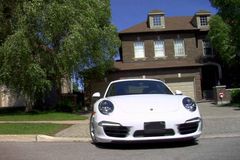 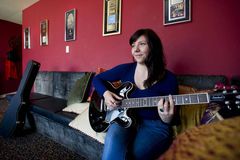 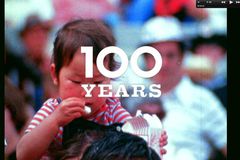 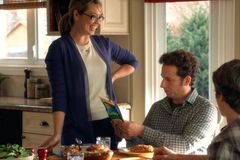 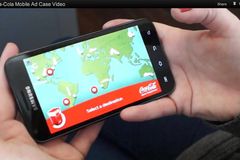 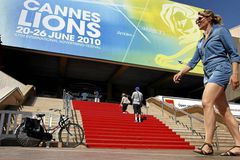 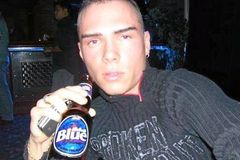 United companies, divided brands
May 31, 2012
Follow us on Twitter @globeandmail Opens in a new window
Report an error Editorial code of conduct
Due to technical reasons, we have temporarily removed commenting from our articles. We hope to have this fixed soon. Thank you for your patience. If you are looking to give feedback on our new site, please send it along to feedback@globeandmail.com. If you want to write a letter to the editor, please forward to letters@globeandmail.com.
Comments