The Australian maker of well-known wine brands including Penfolds, Beringer, Lindeman's and Wolf Blass is the subject of a multibillion-dollar takeover battle as it fends off a glut of low-priced competition.

Melbourne-based Treasury Wine Estates Ltd. has been struggling for a couple of years, particularly in the United States, the world's largest market for wine imports, as it faces a global oversupply of low-priced Australian and southern French wine. Last year, the company was forced to destroy thousands of gallons of product past its drink-by date, leading to a $160-million Australian ($162-million Canadian) writedown for 2013.

On Monday, the struggling vintner announced it had received a second offer from an unnamed bidder to acquire the company for approximately $3.38-billion (Australian) or $5.20 a share. The new, non-binding offer matches one made by New York private equity firm Kohlberg Kravis Roberts & Co. LP in partnership with Rhône Capital last week. According to reports, the new bidder is Fort Worth, Tex.-based TPG Capital.

Whichever firm wins, observers suggest they could turn a profit either by spinning off the better-performing parts of the business, or by refocusing the marketing of brands that many say have become undervalued. Treasury Wine Estates, KKR and TPG Capital all declined to comment.

"You have properties such as Chateau St. Jean, it's doing a pretty good job … On the flipside you have something like Meridian, which they have allowed to degenerate," said Tony Correia, founder of industry consultancy Correia Company. That is despite the fact that the Santa Barbara-based brand historically turned out decent wines, and had some cachet. "... It's on the shelves in the [U.S.] grocery stores, and it's always the subject of some two-for-one sale."

Beringer, too, has launched lower-priced versions of its product, which has caused the entire brand to appear more down-market.

That's a problem for Treasury because the market for lower-priced wines in the U.S. is highly competitive and is not growing. By comparison, while the market for wines over $15 is still very small, it has more growth potential.

"It's your classic aspirational wine market," said Barbara Insel, chief executive officer of Stonebridge Research Group LLC in California, and a global industry consultant. "And yet, the Australians have approached the U.S. as a cheap and cheerful market. ... Maybe [the bidders] saw a depressed [stock] price. You just have to talk to a few people in the industry in the U.S. to see that there's room for improvement, and the brands are undervalued."

The global wine industry has seen a shift: European wine sales have been in decline as consumers who traditionally drank wine are moving to other beverages. Meanwhile, wine consumption in North America has grown. Many vintners have also marketed their brands heavily in China, where aspirational consumers are developing a taste for it. However, Treasury was among the wine makers affected by a government crackdown on gift-giving last year, which hit sales.

Treasury Wine Estates is the world's second-largest publicly-traded wine maker, after U.S.-based Constellation Brands Inc. It was spun off from Foster's Group Ltd. – maker of Australia's most famous lager – in May, 2011. Foster's has since been acquired by SABMiller PLC.

TPG, formerly known as Texas Pacific Group, owned Treasury's largest brand, California-based Beringer, before it was sold to Foster's in 2000 for $2.9-billion.

Treasury also faces an image problem for its Australian wines. The popularity of competing brand Yellow Tail, which peaked in the U.S. two years ago, has cast a pall, Ms. Insel said. Many people now associate Australian wines with sweet shiraz, rather than complex or high-end products. (Treasury owns more than 80 brands produced in Australia, the U.S., New Zealand and Italy.)

Treasury does not just suffer from greater competition in low-end wines; it also struggles with managing its supply. Cheaper wines actually do not get better with age, so a company that sells them cannot ride out a lull in demand by shelving its products; hence last year's big dump.

Since then, observers have been waiting for takeover bids to emerge, Mr. Correia said.

"They do have a sizable portfolio of brands and properties," he said. "A play could be to install some new management … that could be a fairly long-term, and expensive proposition, to turn this back into a highly profitable company. It's going to need some really effective, strong management." 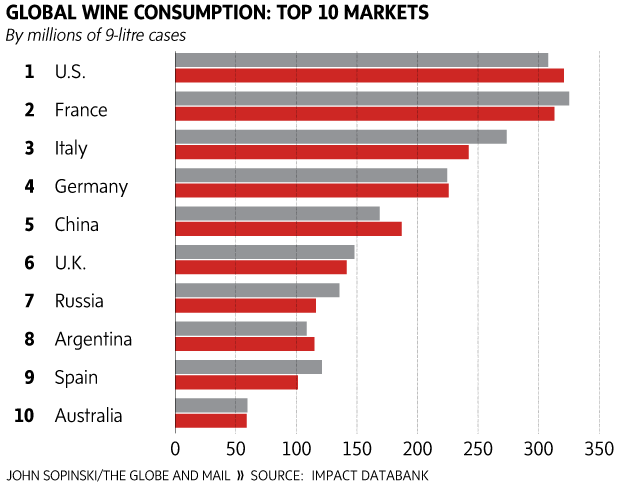 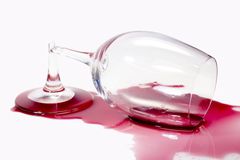 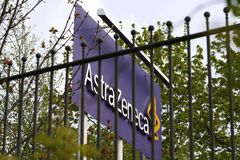