It takes a courageous client not to shut down a pitch meeting when their advertising agency suggests doing a campaign that will publicize and promote some of the nastiest rumours about their product. Or when the agency requests a budget to make a feature-length film that will function as one big product placement. Or when a creative director tells a beer company it should get into the business of novelty sports tchotchkes.

But it is just that kind of bravery – along with the agencies who pulled their clients out on a limb – that are being celebrated in the south of France this week at the Cannes Lions International Festival of Creativity.

While the advertising world has a glut of occasions designed to pat itself on the back, the Cannes festival is one of the more respected award shows, and is one of the biggest gatherings of the top minds in marketing in the world.

Here is a selection of the more than 20 Canadian campaigns that have been lauded so far this week.

"Our Food. Your Questions"

McDonald's has not had much luck with social media. When its U.S. marketers started a Twitter discussion asking people to tell their #McDstories, the chain was met with disgusting anecdotes, insults, and a lot of bad press. But a few months after that fiasco, the Canadian office agreed to tweak that approach – offering to answer any question, no matter how insulting, about its food.

It was a new approach to social media, and some of its video replies – such as one about the digital alteration of hamburgers photos for ads, and another about the recipe for its Big Mac Sauce – were passed around the world. The company expanded the campaign to television in the fall.

"It's getting rid of that wall between the consumer and the product. It's just something we thought is really brave and hadn't been done before," Nellie Kim, a creative director at Toronto ad agency john st. and a member of the Cyber jury, said in an interview from Cannes. "In this day and age, we're going to see a lot more of that: big corporations not being able to hide behind a veil. McDonald's recognized this. It's a statement about being current, and relevant, and knowing what's going on in the marketplace."

The jury this year focused on awarding campaigns that moved ideas about marketing forward, Ms. Kim said. For example, one of the Grand Prix winners, Mondelez International, was honoured because its 100th anniversary Oreo campaign created a new ad every day on social media, and was quick to respond to the conversation going on there. That type of responsiveness, along with a sense of transparency, also applied to the McDonald's campaign, she said.

It has now received more than seven million questions and answered more than 20,000. As of April, its videos had attracted 14 million views in total. It was Canada's first gold this week.

What to do when your biggest competition takes a lucrative National Hockey League sponsorship away in the most important market for hockey lovers? Take back hockey in Canadians' minds. Labatt has been working at that goal against Molson for more than a year.

One step was a new product, launched during this year's Super Bowl: Budweiser began selling red goal lights, which could be programmed through a mobile application to go off whenever its owner's favourite NHL team scores. They sold out in the first day. A second batch sold out in three weeks. (Budweiser is not disclosing the number sold.) Average monthly visitors to the Canadian Budweiser website rose more than 3,000 per cent, from 13,200 to 451,000.

"The Movie Out Here"

Kokanee made a movie. A real one. By offering fans a chance to be part of it – by auditioning, voting for their local bar to appear in the movie, submitting music, or just putting their names in the credits – it attracted 70,000 interactions on its website and some social media love. On its opening night, its box office outsold Lincoln and Les Misérables in Vancouver. And the brand has increased its market share in many of its key markets in Western Canada.

The right media placement for a campaign is also an art. To promote Sport Chek's new slogan debut last year, "Your better starts here," Touché targeted people at the places where they were searching for self-improvement. They printed the tagline at more than 500 locations nationwide – on the floor at the entrance of gyms, on lockers, on outdoor bike paths and indoor running tracks. They also made a series of digital videos each targeted to a specific sport. During the campaign, Facebook fans doubled and online searches for the brand doubled from the same period a year before.

Canadian agencies made a particularly significant mark with a number of campaigns for non-profit clients. Charities and other non-profits tend to be among the bravest clients for ad agencies – most of whom will take on at least one pro bono account – because their budgets are small, they are open to new ideas, and they need extra creativity to make an impact on a shoestring. Their causes also lend themselves to powerful messages. Some notable examples:

"The most valuable check-in"

The Mobile category is only in its second year, and this is the second time a Canadian agency has been honoured for non-profit work in the category. This year, Grey created the "milk carton 2.0" to spread the word about missing children in the critical first hours. Following up on earlier work the agency also did with Facebook, this version of the campaign reached mobile devices through the check-in application Foursquare, notifying users when a missing child alert had been issued near them. The program aided in locating six children in its first six months. (Grey also won a silver in the Press category for public service messages it did for the U.S. group Moms Demand Action for Gun Sense in America .)

Carly Fleischmann, the daughter of john st. partner Arthur Fleischmann, lives with autism and has made unexpected strides in her development, learning to write and communicating actively through social media.

To educate people about Carly's life, the agency built an interactive website to approximate life through Carly's eyes. Set in a café, the website allows a user to look around and take in the scene – except when distractions take over, becoming more frequent and overwhelming until the site is no longer interactive. Without any paid advertising, the site was promoted by celebrities such as Ellen DeGeneres and spread on blogs and social media. It was shown during a UN event on the rights of people with disabilities in Poland. 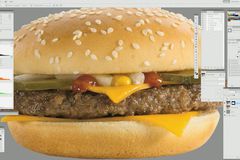 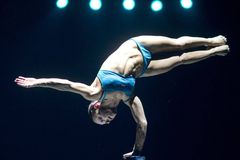 Getting a real sense of Tourette Syndrome
June 18, 2013 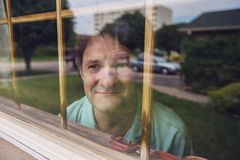 Labatt goes on offence to win over hockey fans
June 12, 2013 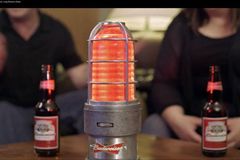 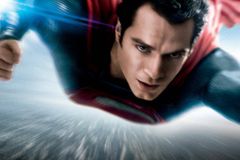 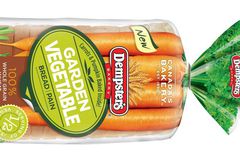 Shoppers Drug Mart will help you escape the zombie hordes! (But not officially)
June 5, 2013 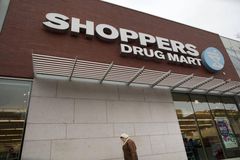 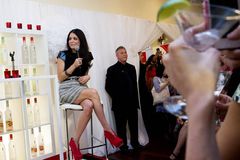 When philanthropy's part of the business model, marketing takes care of itself
May 23, 2013 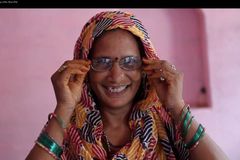