For the yogawear-meets-streetwear set, the stylized "A" logo of Lululemon's stretchy, form-fitting apparel has been ubiquitous for years. But look closely and you may soon begin seeing another Canadian brand making its mark, with an umlaut.

Lolë, an apparel brand out of Longueil, Que., has grown rapidly over the past couple of years, its stretchy wear appearing in fitness classes and jackets filling the closet of a baby shower near you. It's the kind of creeping familiarity that can mark a tipping point for brands in fashion – the moment when they go from being a niche favourite, to seeming as though they're virtually everywhere. . It served another Canadian brand well, when the distinctive Canada Goose patch began appearing on seemingly every arm on wintry streets as urban youngsters, and stars, took to the brand of heavy-duty parkas. No brand typifies this more than Vancouver-based Lululemon Athletica Inc.

What is striking about Lolë's recent growth, as it vies for a piece of the fitness wear market dominated by much larger brands, is that it has been achieved with almost no advertising.

Lolë's parent company, Coalision Inc., parted ways with its ad agency, Cossette, in 2011 – not out of dissatisfaction with the work, but because it wanted to move away from traditional marketing. Its sales have increased 87 per cent since then, and Coalision is on track to reach nearly $100-million this year – only a tiny fraction of what an established brand like Lululemon will reach.

Bernard Mariette, former head of surf wear giant Quiksilver and current CEO and president of Coalision, made the decision because he believed that the target customer – whom he calls the "alpha girl" – would not be swayed by ads.

"You will trust me [a marketer] a second time; but not the first time," Mr. Mariette said, perched on a reclaimed log stool in the woody store in a mall in Toronto this week.

Instead, he bet that the "alpha girl" would mostly pay attention to chatter on social channels such as Facebook – where the ideal customers, women who feel and act 32 and have children, are overrepresented. Trendsetters among their friends, these customers have been devoted to Lululemon but are experiencing some fatigue with the brand. Mr. Mariette believes that those women would look to other brands, a space where Lolë can grab some market share.

The brand's focus on word-of-mouth and social marketing is also helped by celebrity. Its jackets have had a star turn in one of the Twilight films; on the back of a paparazzi-plagued Cameron Diaz ; and on the website of smug mommy blogger, Gwyneth Paltrow . Each implicit endorsement was recorded with an exclamation mark-dotted Facebook post. In 2011, the company hired Montreal fashion designer Andy Thê-Anh to increase that cachet.

The brand has also bet that its ideal customers – fitness lovers who prefer group workouts to competitive sports – would be attracted to a lifestyle brand that provided experiences. It began hosting yoga meet-ups in cities around the world such as Paris, Montreal, and Salt Lake City. Attendees are encouraged to wear white as a symbol of peace and serenity. It expects more than 2,000 people to participate at its session in Toronto in June.

The design of the stores is also part of creating brand affinity, he said. Instead of a display of clothes for sale outside of its retail locations, stores are fronted by a "living wall" of greenery. That prevents the fishbowl feeling that show windows can engender.

The shopping experience is designed to feel homey. The stores have done away with cash registers altogether, following the example of the Apple Store and cashing people out with iPads resting on the store's "kitchen table." A display case with yoga mats, Pantone notebooks, and artisan soy wax candles among other accessories, is known as "the pantry."

The yoga and lifestyle apparel segment has grown massively in recent years, leading retailers such as Gap Inc. to try out their own Lululemon-esque fitness lines with a feminine touch. (Mr. Mariette notes a little ruefully that he advocated for Quiksilver to launch a yogawear line in 2005, but was deterred.) And there are more competitors, the Prana brand and Canadian line Karma among them. But thanks largely to his Vancouver counterpart, he says the way has been paved for a wider group of brands with a similar DNA to Lululemon.

Lolë has been expanding, with 12 stores worldwide (six in Canada) as well as wholesale relationships with retailers such as Sports Experts and Sporting Life in Canada, small boutiques in the U.S., and online retailer Zappos.com. It is opening its first store in downtown Toronto in June, and will open more next year. It has been able to grow aggressively following an investment in 2008, when Larry Tanenbaum's Kilmer Group took a majority stake in Coalision. (It also has apparel lines for running, general fitness, swimwear and travel.)

Given that growth, Mr. Mariette says he is almost ready to end the company's time without an agency. The company will be initiating a pitch process, likely within the year.

However, he is not interested in classic marketing strategies. For example, he is against segmentation, a strategy that has helped other fitness brands, such as Nike and Reebok, by creating subsets of customers with increasingly specified needs in order to push more product.

And whatever agency he chooses will have to come up with creative ways of advertising without bloating the company's marketing budget, he said.

Recently, he called a friend at a major packaged goods company that spends billions on advertising each year. He suggested an experiment: take half the advertising budget and pour it into a worthy cause, and see if the lack of advertising is cancelled out by the goodwill of customers toward a company willing to promote causes over brands. "Either your experiment fails, and our sales drop," the friend replied, "or it works, and I've proven that my job is unnecessary."

But as the growing Canadian brand taps back into the advertising community looking for a strategy, he will be looking for something different.

"I'm against the big rules of marketing," he said. "I really believe advertising needs to change. I believe it's possible."

Origin of the name: Stands for "live out loud every day"

2002: The year Lolë was launched, marketing mostly as an outdoor brand.

Europe: In France: Paris; two in Biarritz; one in Saint-Jean-de-Luz; one in Chamonix. One in Zurich, Switzerland. One in Les Escaldes, Andorra. 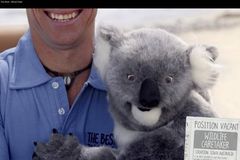 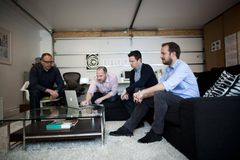 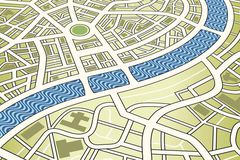 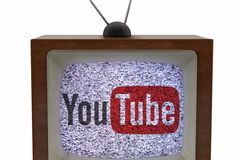