After 46 years, Maytag is giving its familiar mascot a makeover for the first time. In a multimillion-dollar campaign that begins this week, the character will be dressed snappier; played by a more attractive, dimple-chinned, slimmer actor; and will no longer be portrayed as a repairman with nothing to do.

Instead, the rugged new Maytag Man will show up in commercials as a symbol of the machines themselves: sitting under the counter next to the sink as a woman hands him her dirtiest dishes, for example, or magically tumbling a load of laundry in midair. 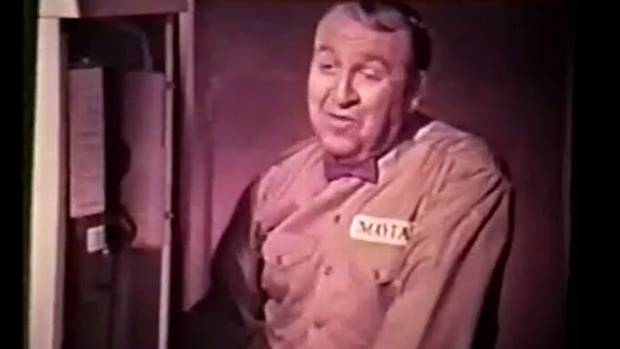 Maytag introduced its spokesman as “the loneliest guy in town” in 1967, in a campaign created by its ad agency at the time, Leo Burnett Chicago. Jesse White played the role for more than two decades, filming 68 commercials as the character who cultivates habits such as solitaire, crossword puzzles and bead work because he is rarely called upon to repair a machine. He would also come to be known as “Ol’ Lonely.” 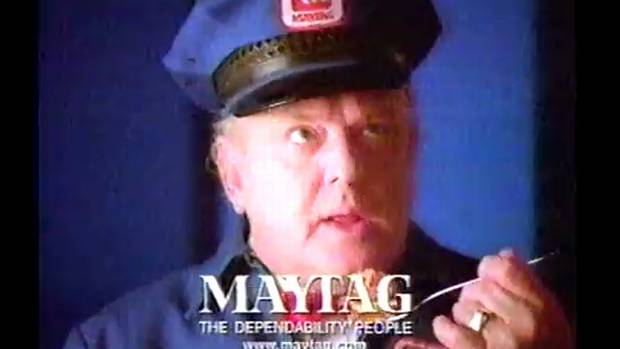 The actor who first became known as station manager Arthur Carlson on the sitcom “WKRP in Cincinatti” took over the Maytag repairman role from Jesse White in 1989 and starred in the company’s commercials until 2003. 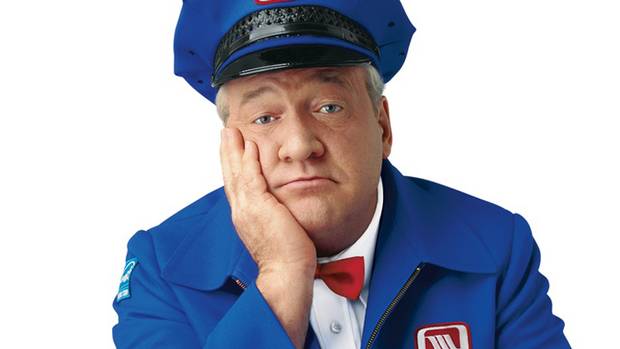 Mr. Rawls held the role for four years, until 2007 when his contract expired and Maytag’s parent company, Whirlpool Corp., announced a nationwide competition to replace him. At the time, Whirlpool’s vice-president of brand marketing and communications, Jeff Davidoff, said they were seeking a “more relevant look and contemporary feel” for the character. 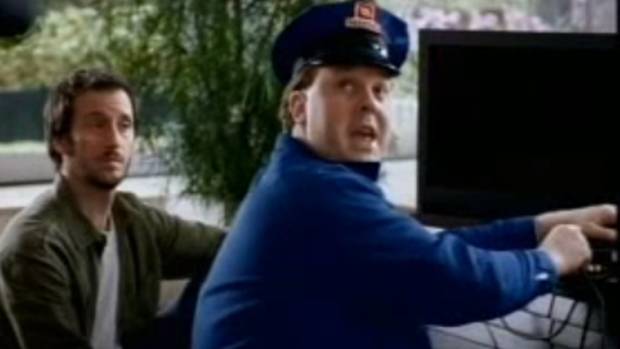 After a cross-country search, Mr. Jackson was named the new Maytag repairman in April, 2007. He made ads for the company (including in Canada) until now. This week, Maytag revealed a new actor and a whole new take on its iconic spokesman. In 2007, Whirlpool’s Mr. Davidoff was already hinting that the company was trying to change the repairman’s image, saying that he would be portrayed more as “out and about because he wants to fix things.” 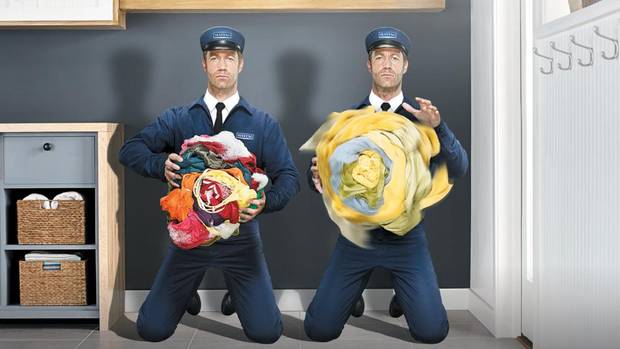 The new Man, played by Colin Ferguson, is slimmer, with a darker blue and more tailored uniform. The company says it wants to take the focus off the repairman as a character all his own – making public appearances, for example, as his predecessor did – to seeing him more as a symbol of the machines themselves. “Ol’ Lonely” is now younger, fitter, and at least for now, anonymous.

The new Maytag Man is not the only younger model to wear the blue uniform. In 2001, the company introduced a handsome young apprentice, played by Mark Devine, to star in ads alongside Gordon Jump (and then Hardy Rawls.) His character was discontinued in 2005.

For years, the repairman’s only company was his dog, a bassett hound. The dog was named Newton after the town in Iowa where Fred Maytag built his first washing machines and where the company’s headquarters were located before it was acquired by Whirlpool Corp.