But as for the National Hockey League itself, and its place in Canadians' hearts, it's a different story.

While the value of the NHL's brand has bounced back somewhat after a four-month lockout, it has been damaged. That is according to a new report from Toronto-based firm Charlton Strategic Research Inc., a consultancy that does brand research for a host of clients including some of the NHL's sponsors. Charlton has been surveying Canadian sports fans on a consistent basis since the last lockout that axed the 2004/2005 hockey season.

The study found that while fans' impressions of the NHL have improved since the lockout was resolved, they have not recovered fully. And sports fans are saving all their anger for commissioner Gary Bettman and the NHL itself.

That has a real effect on the value of advertisers' sponsorship dollars. League marketing partners such as Kraft Canada, Molson Coors Canada, and Canadian Tire Corp. Ltd. have likely not been hurt by the association – 23 per cent of those surveyed see the sponsors as victims of the lockout, and almost no one named sponsors as among those responsible – but the value of the league brand they've paid dearly to be associated with has gone down.

As the lockout dragged on in December of last year, 65 per cent of those surveyed said that their impressions of the NHL had worsened compared to last season. Even after the resolution in January, the number of people who said their impressions were worse was just under half.

Charlton's findings are consistent with another study, released last month by Toronto-based Level5 Strategy Group, which estimated the NHL has lost roughly $300-million in brand value from the lockout. Its research found that "the chip on Canada's shoulder is deepening" when it comes to the NHL. In a survey of just over 2,000 people, 30 per cent of "passionate" fans and 40 per cent of "neutral" fans said that over the next two years, they will be much less-engaged with NHL hockey. Meanwhile, Level5 also found that fans' response to individual teams was overwhelmingly positive, suggesting the damage has been done mostly at the league level.

"All the negative perceptions have been attached to the league; the teams have more than recovered," said Charlton president Gord Hendren. "The team sponsors have been the real winners here and the league sponsors have been the losers … The brand of the league has been diminished. It is starting to recover, but it's not back to 100 per cent, so if you're a sponsor and you've paid for that, you're not getting your full value."

Of course, that does not mean team sponsors have emerged from the lockout unscathed. The unplanned lapse in hockey meant that sponsors had to rejig their marketing plans, and reassess the impact of campaigns and promotions tied to the original NHL schedule. "From a planning point of view, the season could be a complete write-off for some sponsors," Mr. Hendren said.

When Charlton gave people descriptors that apply to the NHL, 51 per cent agreed very strongly that the league is "profit driven" – a higher number than any other descriptor. The next highest-rated were "major league" and "exciting," – 36 per cent and 31 per cent of respondents, respectively, said it described the NHL "very well." Both of those positive descriptors had dipped compared to similar responses in surveys before the lockout.

All that being said, hockey still has a hold over Canadians. Even with three lockouts in the last 15 years, the NHL ranks first among professional sports when respondents were asked what was their favourite league. In the 2011/2012 season, 56 per cent of respondents named it their favourite, a number that dipped to 43 per cent during the lockout but has nearly recovered, at 54 per cent in January's survey. That outstrips any other league.

But this may be particular to Canada, where passion for hockey is undeniably high. Level5's study included findings from Brand Finance Canada, that showed the top two teams by brand value are the Toronto Maple Leafs and the Montreal Canadiens. The original six account for 38 per cent of the NHL's total brand value. That means the top teams are shouldering the brunt of the work to repair fan sentiment; and certain parts of the U.S., where teams were already struggling to build a base of support, are more exposed than ever.

In Canada, it seems the NHL can get away with it.

"What business could take itself out of business for four months of the year? I've talked to corporate guys about this, and they say, 'We'd be dead,'" Mr. Hendren said. "But this is different. It's about passion, and it shows you there's a difference with this brand." 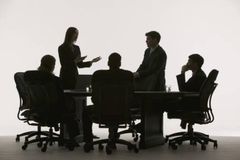 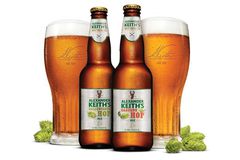 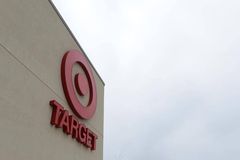