If you want a glimpse of the future of advertising, you might have to go on a scavenger hunt.

Last year, tens of thousands of Canadians spent much of November doing just that: nosing around on Google Street View, following FourSquare, riding Twitter feeds and Facebook, and pointing their smartphones at abstract squiggles on posters around Toronto, all in hopes of piecing together clues. Their bounty? One of three oversized red M&M candies – each about the size of a child's head – that had been hidden around Toronto and captured by Google's cameras when the search giant sent its Street View car around the city early the previous year.

One of the lucky candy fans-turned-detectives who found the M&Ms drove away in a red Smart Car. But, in the manner of such things, the biggest winners were Mars Canada, the domestic subsidiary that owns the M&M brand, and Proximity Canada, the advertising agency that devised the game. Capping a string of awards for the campaign, including three Lions at the Cannes advertising festival in June, last Friday Proximity picked up the top prize at the Canadian Marketing Association's annual black-tie gala, winning the Best of the Best honour.

After years of "digital advertising" meaning viral videos and brazen grabs for "Likes" on Facebook, the M&Ms effort was not only a canny mix of different media, but also a nimble program that responded to real-world events in real time.

And as more brands take tentative steps toward becoming so-called publishers of their own content – the better to engage customers in relationships rather than just sell to them – the campaign demonstrated both the promise and limitations of those aspirations.

"There's a huge craving for 'different' right now," observed Stephen Brown, president of Toronto's Fuse Marketing and the strategic chair of the CMA awards. For many years, he said, campaigns were built around a great TV spot. "This campaign sort of laughed at that and said: 'We'll do things differently.' "

And did so successfully: a case study video claims the average time spent on the contest site was 19 minutes, "four times the industry average."

That's all the more remarkable considering the M&Ms effort didn't spend a dime on so-called paid media – the term usually referring to television, newspapers, and magazine advertising. Rather, it targeted its audience where they spend most of their time: on social media, and out on the street. "It's very reflective of the fact that, in marketing right now, it's all open season," said Mr. Brown. "That's making everyone challenge their usual marketing media strategy and say, 'It has to be customized based on the product and the target we're going after.'"

As that open season has taken hold and companies have become smarter both about how to target their markets and where – and where not – to spend their money, some nimble digital agencies have feasted. Proximity, which is in the Omnicom network of companies, opened in 2005 and already has about 175 employees, up more than 80 per cent in the past year.

Coincidentally, a very similar – and much larger – campaign had launched only a few weeks beforehand, out of the U.S. Devised by the hot independent New York-based agency Droga5, that campaign also used a digital landscape for a scavenger hunt, asking fans of singer Jay-Z to search Microsoft's Bing for clues to where they could find larger-than-life versions of each page that made up his forthcoming biography – in the non-virtual world. All 320 pages of the book, Decoded, were planted in 13 cities around the globe: on restaurant tablecloths, on the bottom of a swimming pool in Los Angeles, on the heavy bag in a boxing club, in the London Underground.

The effort won 3 awards at Cannes, including the Integrated Grand Prix, the festival's biggest honour.

Both campaigns had to respond to what was happening in the real world, as people discovered clues and moved closer to the prize.

"You could not have mapped out each twist and turn along the way based on what people were starting to figure out," said Andrew Bailey, the New York-based chairman of Proximity North America who headed the agency's Canadian operation until last May.

"It was very much a live organism. And as people started to figure certain things out, and as we were starting to get the clues out there, we needed to adjust content on the fly. How we replied to people that were tweeting us, how we replied to Facebook posts – all of that was kind of a command-centre [operation]

When videos of people dressed up as M&Ms – which had been accessed through bar codes on the backs of candy packages – rubbed some scavenger hunters the wrong way, Proximity quickly phased out that content.

The agency had faced similar challenges eight months earlier, during its work on Doritos Viralocity, a campaign that asked budding filmmakers to create a Doritos ad and send it viral using their social networks. Some players in that contest had appeared to skirt the rules, briefly clouding the effort in unwanted controversy.

"Every client now wants that real-time campaign," said Dave Lafond, the new president of Proximity Canada. "It's a big shift for agencies, and I think a lot of agencies are still stuck in the old days of campaigns."

Clients, too, have to grapple with the new realities. "Their legal department was saying, 'Well, we're not sure we're comfortable with this, because we've never done anything like this before,' " noted Mr. Bailey. Indeed, the campaign was very close to being killed many times before it finally made it into market, he said.

Still, before the M&Ms effort and others like it become standard practice, the industry has to figure out how to put a value on them.

"The big struggle we have in the industry is, the easiest way to track (campaigns) is still traditional methods," notes Mr. Brown of Fuse Marketing. "We still have GRPs (aka gross ratings points), 'reach,' and 'frequency,' " he said, using terms that typically refer to a measure of how many people watch a particular TV commercial.

"We can't translate that yet, and as an industry, that's not the client's fault, that's the agency and the industry, trying to figure out what's the value of that."

Big Brother is no longer watching you shop
December 1, 2011 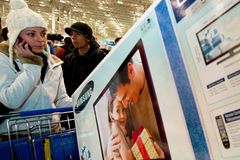 From Christ to cola, logos through the ages
November 24, 2011 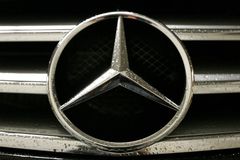 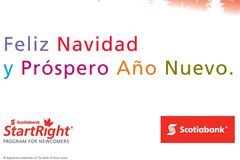 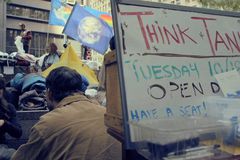 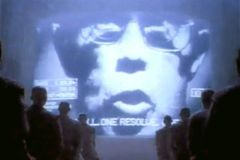