For some, the best of the Internet is basically encapsulated by that Japanese cat that is just crazy about boxes. The Webby Awards, however, take a wider scope.

Next week, this year's winners will be announced, including honorees for the best in advertising. We spoke to some of the Canadian agencies nominated in the Interactive Advertising categories, about trends in digital marketing and what their work says about the direction of the industry. As it turns out, it's not all about cat videos – well, mostly.

The concept is anything but modern, going back to those handheld wooden mazes that you tipped and turned to make a marble travel through a labyrinth. But this version could not have existed just a few years ago: It was designed specifically for tablets.

Marketel did an advertising takeover of mobile websites with an ad where the blueberries spilled out; the player could then tip the tablet to make the fruit roll into a cup of yoghurt.

"It's a way of having a bit of fun with the brand," said creative director Sébastien Pelletier.

Users spent, on average, 46 seconds with the game. While they were playing, it helped to reinforce the message that the yoghurt contains real blueberries. The target market, younger consumers, are dedicated to ideas of natural foods, Mr. Pelletier noted. "In the future, we're going to see more of this … I'm entertained for a few seconds, and I'm the one who controls the experience."

It is the great irony of digital advertising: Great creative minds struggle day and night just to come up with something as compelling as a kitten falling over. If you can't beat 'em, join 'em, copywriter Kurt Mills said in the online campaign for his agency, john st.

The satirical ad promotes john st.'s 2012 conversion to an agency devoted entirely to cat videos, to confront "an era of unprecedented change." But while the ad itself was a joke, its approach is typical of all the work john st. does, preaching to clients the necessity of creating stories that can compete not only with other commercials, but with all Web content.

"Brands now are having to step up and relate to their consumers and their fans," said Mavis Huntley, john st.'s director of digital innovation. "That's where they're going to get more loyal fans; the more they are open, the more relatable they are."

The viral video has led to john st. being on more pitch lists for new business. And once they get their foot in the door, talking about the ridiculous concept helps to break the ice.

LEVERAGING CELEBRITY WHEN A BRAND CAN'T BUY ITS FAME

Cossette for the Collective of Montreal Festivals, " Festimania "

Even when a group of Montreal's summer festivals (including music festival Osheaga, Just for Laughs and others) decided to pool their budgets for the very first time to promote themselves jointly, their agency still had to work on a shoestring.

Cossette had a budget of only about $600,000 to name the group of festivals (Festimania), design the logo, create a website, pay for lodgings and travel for contest winners, and roll out an international advertising campaign last spring.

So the agency teamed with Merton, a pianist who gained a following by improvising songs about the people he met online on the website Chatroulette.com, which connects strangers randomly for webcam chats.

He wrote a song about Montreal, and then from a Montreal hotel room he connected with strangers in London, Toronto, New York and Paris, who were drawn into tents set up in public with screens inside. Merton serenaded them over video chat, with songs about themselves and which Montreal festivals they might enjoy.

"It's more and more possible to do something like this, because there's more Internet superstars that you can leverage," said Catherine Savard, assistant creative director at Cossette in Montreal. That was key to earning the attention.

"We didn't buy any media … going to those platforms that are not necessarily the traditional paid platforms, we see a lot more of that."

An ad takeover of the Metro newspaper websites illustrated the impact of land mines: Click on any story headline and the home page appeared to explode. In the dark hole surrounded by dirt and shards of news text, a message prompted donations to the cause.

It went against the grain for banner ads, since those that shock, annoy, or disrupt the content users are trying to find, in order to get attention, are usually frowned upon.

"You can't irritate someone into loving you," said Terry Drummond, executive creative director at Juniper Park. But the exploding page had an impact: 2.6 per cent of people who saw it clicked through to the donation site. The usual rate for click-through on that site is just 0.06 per cent.

Most often, though, Internet users are trained to ignore ads – and resent the ones that use force to get noticed. BMW's challenge was to create ads that were useful or amusing enough to be worth looking at.

People who searched competitive brands on an automotive shopping website were greeted with an ad that did a side-by-side comparison of the model they searched with the BMW.

Another part of the campaign created "the world's longest banner" – which began with a text that acknowledged nobody reads ads, and then, if the cursor touched it, scrolled down with reams of witty writing to draw you into the story.

It worked: viewers spent an average of three minutes scrolling over the ad – normal time engaging with comparable banners would be 15 to 20 seconds, if they're good.

"Advertising is changing online," said Cundari chief creative officer Brent Choi. "We're letting them dictate the level of involvement and having the depth available, and an immersive experience, if they want it."

The other Canadian Webby nominees in Interactive Advertising:

Tuxedo Agency for Dermablend Professional, " Go Beyond the Cover" nominated in Online and Branded Content 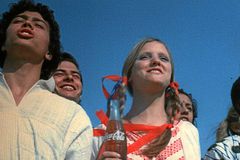 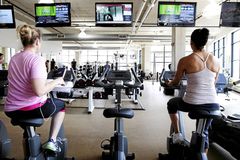 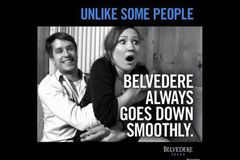 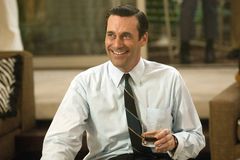