Greenlid Envirosciences did not have the money for a flashy advertising campaign. So it made one that intentionally looked cheap.

After a successful appearance on CBC's Dragon's Den, Greenlid's "compostable compost bin" is sold at established retailers such as Home Hardware, but it still has only a modest budget for marketing. So in February, it launched a video parodying the cheesy style of late-night TV infomercials. They used humour to make the video more watchable, and promoted it online.

The campaign was created by Bensimon Byrne, a well-known Toronto-based advertising agency. Greenlid is a relative anomaly: While some big agencies will work with small clients, mostly for the opportunity to stretch their creative legs, (agencies frequently do pro bono work for non-profits partly for the same reason) it's unusual for most small businesses to have much creative firepower behind them.

Big brands such as retailers or packaged-goods companies can spend tens of millions or hundreds of millions on marketing every year; small businesses, on the other hand, handle marketing on a project-by-project basis for sometimes just a few thousand dollars a pop – $10,000 to $50,000 at the larger end of the scale. That's a major outlay for a business just finding its feet, but not exactly the kind of client fees that keep the doors open at major ad agencies.

Greenlid had an advantage: One of the partners, Adil Qawi, is a marketer who used to work with General Mills Canada and Sears Canada. He was able to approach his contacts in the ad industry to discuss the possibility of working with Greenlid. There are advantages: "Bigger agencies are often able to get better rates when it comes to production and media buying," Greenlid's Mr. Qawi said. For most small businesses, such a pitch would never happen. While large enterprises account for just 0.3 per cent of the 1.17 million businesses in Canada, they represent the largest concentration of marketing spending that the ad industry is set up to chase.

Partly because of this, many small businesses are hesitant to seek out marketing services.

"A lot of people just assume that it's completely out of their range," said Adam Meery, founder of Ox, an ad agency focused on smaller businesses that is in the process of merging with production house to form Nimble Content.

While there are smaller agencies such as Ox specializing in small clients, ironically, they face a marketing problem. Technology has opened up a world of do-it-yourself options for small businesses. Last week, Google launched a new app called YouTube Director, with editing tools designed to help smaller businesses make advertising videos. (It also promoted services to help produce videos, for those who committed to spending at least $150 on YouTube ads.) Services such as Squarespace and Wix allow people to build their own websites and design their own logos. Websites such as Fiverr, Upwork and 99Designs can connect businesses with freelancers.

But small agencies often have a harder time getting the word out to entrepreneurs who want more comprehensive branding and marketing strategy – but who may be hesitant to reach out because they don't know where to go, or even what these services are supposed to cost.

"This is a relatively new space for a lot of the people we deal with," said Tom Collver, co-founder of small-business-focused agency pb+j.

Clients often find agencies only through word-of-mouth from other small businesses. That's how Avery Swartz, a web designer and founder of Camp Tech – which trains other small businesses in technology skills – found Ox to come up with its branding. The $3,000 investment felt like a lot at the time but has proven worthwhile, Ms. Swartz said. She and Mr. Meery are members of the same neighbourhood BIA (business improvement area), which is also how another client, Jodi Sinden, found the agency.

"You need to have personal connections," Ms. Sinden said. "There's very little guidance out there."

Her business, Urban Capers, which runs scavenger hunts around Toronto, used Ox for branding work. But aside from connections, there was no central place she could go for information on agencies that work with small businesses.

The agencies themselves have to work small to offer services at a cost that small businesses can digest. Toronto agency Co-op works with a mix of larger clients and smaller ones, such as a Toronto European-Asian fusion bakery called Bake Code, and fraud detection and analytics firm MindBridge AI. The agency keeps a staff of just 10 people housed in a shared office space with other companies, and brings on freelancers as needed.

"You don't have to be at Yonge and Bloor paying through the nose," said partner and managing director Peter Brough.

Agencies have to be willing to take smaller paycheques, or even accept different payment models such as taking a stake in a business in exchange for the work: Mid-sized Vancouver agency 123west, where small businesses make up about one-quarter of the clientele, has done that with Steel Toad Brewpub, and a vodka brand launching soon.

The marketing game has changed for entrepreneurs: 10 years ago, $10,000 didn't buy much, and small advertisers were relegated to the wasteland of late-night TV, if that. But a similar budget goes much farther with conduits such as Facebook and Google.

"It's a bit of a double-edged sword," said designer Stephen Cole, who has worked with small brands such as the Comfee Cushion vibrating pillow and a hair salon in Lindsay, Ont. "It's great that people can access [inexpensive digital media], but there is this idea that 'I can just do it myself.'"

That is not always a mistake, but in general, small businesses have just as much need for high-quality branding as big ones.

"If you don't put the proper image out there, people aren't going to take you seriously," said Laura Beauparlant, founder of branding firm Lab Creative. She has firsthand experience: One client told her she was hired because she was so "established."

"I thought, 'If only you knew you are, like, my second client.' But I had everything set up properly. That made me realize how important that was." 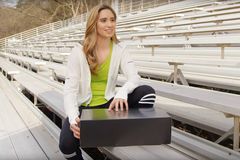 Dos Equis is working on crafting the Most Interesting Brand in the World
June 9, 2016 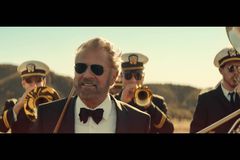 Budweiser takes on the near-beer market with Prohibition Brew
May 19, 2016 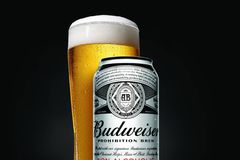