For a marketing guy, the experience was "excruciating" – telling customers that they were intentionally being fleeced.

It was mid-September, and at the Tokyo Smoke coffee shop in downtown Toronto, customers were seething as employees pointed out new gender-based pricing for their beverages – an eight-ounce drip coffee, for example, was $2 for men and $3.50 for women; a cold brew was $5 for men and $6.50 for women; and so on.

"You see the justifiable vitriol and anger coming from men and women, and it took everything on our end not to just jump out and say, 'No, no, this isn't real, I'm sorry,'" said Josh Lyon, head of marketing and partnerships at Tokyo Smoke.

The hidden-camera prank was shown in a video that launched this week, campaigning against the "pink tax" – the higher prices often paid for women's products as compared with men's.

For example, in March, data research company ParseHub analyzed 3,191 personal-care products listed on walmart.ca, well.ca and loblaws.ca. After eliminating "super premium" products to avoid price distortion, researchers looked at the difference in products marketed specifically to women as opposed to those marketed to men (or unisex products.)

It found that women's deodorants and antiperspirants cost $10.42 per unit on average, compared with $6.85 for the same products designed for men. Razors and blades cost $8.63 for women on average compared with $5.30 for men. Perhaps surprisingly, the smallest discrepancy was in hair-care products, priced at $2.60 on average for women and $2.33 for men.

Last year, the New York City Department of Consumer Affairs also conducted a study looking at 800 products, and found that women's personal-care products were priced 13 per cent higher on average than men's; and that women paid 8 per cent more on average for adult clothing and for seniors' and home health care products. This applied to children, too: in one case identified in the New York study, a scooter priced at $24.99 (U.S.) in red on Target's website cost $49.99 on the same site for the identical toy coloured pink and labelled for girls.

The coffee shop video is designed to encourage people to sign an online petition to appeal to Prime Minister Justin Trudeau and Minister of Status of Women Patty Hajdu to address the issue. The campaign was created by GirlTalkHQ.com, an Los Angeles-based news site that focuses on women's issues.

"The reason we chose Canada was because of Trudeau," said Asha Dahya, the site's founder and editor-in-chief. "He has been a very outspoken feminist ever since he took office ... we wanted to hold him accountable to those feminist statements."

Ms. Dahya said that the petition would not involve a suggestion about specific legislation, but was designed to encourage discussion on the issue. She cited last year's removal of GST on feminine hygiene products – the "tampon tax" – as an example of the kind of change that is possible. (Though not everyone agrees this change was a positive one.)

The video is also a marketing campaign for the website itself – Ms. Dahya said she does hope it will lead to more readership here. It is the first larger-scale petition the website has launched beyond smaller local events and calls to action, she said.

"We hope to make an impact," Ms. Dahya said. "... Businesses should understand that there is no reason to be charging women more for gardening gloves, for example."

Tokyo Smoke has also seen a few new customers this week, who dropped by after spotting the coffee shop in the video. The concept of advocacy is a fit for the store's brand: while it sells coffee, sandwiches and juices, it also sells marijuana accessories such as rolling papers and advocates for marijuana legalization. Last month, it partnered with Leamington, Ont.-based licensed medical cannabis producer Aphria Inc., which will begin selling Tokyo Smoke-branded cannabis by the end of this year.

"It fits with who we are," Mr. Lyon said. Watching the conversations that came out of the stunt were instructive for him as well: He was not aware of the issue before GirlTalkHQ approached the shop about filming there.

"The conversations were really eye-opening," he said. "A lot were saying they would never come back to the shop. It hurt at the time. ... In the end it will probably be a good thing for us. Hopefully people will realize we're fostering communication."

Clover Leaf website will let consumers track the source of their fish
October 3, 2016 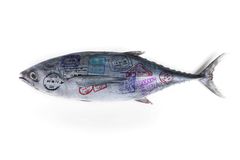 OLG raises concerns over new Rogers ad that bears similarities to its own
September 29, 2016 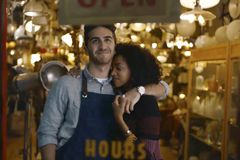 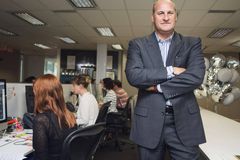