It was like something out of Ashton Kutcher's old pranking show Punk'd - or, if you're of a certain age, out of Allen Funt's even older pranking show Candid Camera. In March, 2008, L.A. resident Amber Duick received an unsettling e-mail from someone she didn't know who, oddly, seemed to know her very well. "Amber mate!" read the note from a guy calling himself Sebastian Bowler. "Coming 2 Los Angeles Gonna lay low at your place for a bit. Till it all blows over. Bringing Trigger," it read.

The next day, she got another missive from the same fellow who mentioned her home address, calling it "a nice place to hide out." The e-mail included a photo of Sebastian and his pit bull Trigger, with a link to Sebastian's MySpace page, which described him as a 25-year-old soccer hooligan from England who enjoyed drinking to excess.

As the week went on and Sebastian seemed to get closer to L.A., there were more e-mails and even some videos chronicling his trip, and numerous references to tussles with the law. At one point, Ms. Duick received an e-mail from a motel manager demanding she pay for damages Sebastian had caused while staying there one night.

It was only days later that Ms. Duick received a final e-mail containing a link to a video which explained the entire thing had been a virtual punking: It was, in fact, an ad campaign for the Toyota Matrix.

But this week the news broke that Ms. Duick may get to execute her own punking, after a California court agreed she could proceed with a $10-million (U.S.) lawsuit against Toyota and Saatchi & Saatchi L.A., the agency behind the campaign, for intentional infliction of emotional distress, negligence, false advertising, and other misdeeds. She alleged that the "stalking" caused her difficulty in eating and sleeping, and prevented her from going to work.

And now the advertising industry is left mulling whether the recent trend toward engaging audiences in games and other interactive experiences that push the envelope might carry unforeseen risks.

"The trend in marketing is to get people more engaged, getting people to do things rather than just think things," notes Dré Labre, a creative director with the agency Rethink Toronto. "So ideas tend to start going into the world of punking or alternate-reality gaming and exploring these types of things."

"We need to take into consideration as advertising agencies that people hate advertising," continues Mr. Labre. "We need to make it likeable, and being punked doesn't sound like something that would make me like you."

The irony is that the Matrix campaign was a response to the fact that people hate advertising. Toyota had found through research that the car's target market of men under 35 (and especially twentysomethings) are largely disdainful of advertising and the corporations whose desire to be edgy has strangled most truly edgy culture. And the very elaborate campaign, which involved people signing up their friends to be punked by one of five virtual "maniacs," and then tracking the progress of the prank in real-time, seemed to be well received by many who participated.

It was just Toyota's bad luck that it wound up in front of someone who felt terrorized by it. (Citing the continuing litigation, a Toyota spokeswoman said on Thursday that she could not comment on the case. Saatchi & Saatchi also declined to comment.)

Attention-getting ads, of course, have always offended a subset of people, but the offences seem to be coming faster and more frequently. During the Super Bowl last February, the daily deal giant Groupon tried to make a splash with its first-ever broadcast commercials, a trio of tongue-in-cheek spots that seemed to mock the fate of the Tibetan people, the razing of the Brazilian rain forest, and the disappearance of whales from the world's oceans. It had reason to believe the ads would be a hit, since their tone was similar to the self-effacing editorial voice of the company's daily e-mails to customers.

But Super Bowl broadcasts are a different beast, with an audience of over 100 million viewers, and the company was quickly inundated with complaints. It pulled the ads and fired its agency.

The Internet was supposed to help companies avoid that sort of humiliation – and help people avoid feeling harassed – by letting them speak directly to specific target audiences. But it is still fundamentally a mass medium.

"Years ago, you could put a message out there and control who was going to see it by carefully targeting," notes Jack Neary, the chief creative officer of TBWA\Canada. "If you wanted to reach a fisherman, you put an ad in a fishing magazine. But now with the Internet, which is fundamentally still a mass medium because of its pervasive nature, anything – even if it might be targeted to a very young gaming-oriented young guy – can get out there into the world, and anyone can stray into the path of that stuff, can get subjected to it."

"With the viral effect and the pass-along nature of [online material] it may exist in one place but it can easily go to a lot of other places – and then exponentially be passed on."

Mr. Neary says the risks are real, but they shouldn't snuff out creativity and risk-taking. "Any marketing organization or agency should be thinking about this stuff anyway: What are the potential pitfalls? Just think it through, and you've got to make the calculated step to go forward, if that's what you want to do." 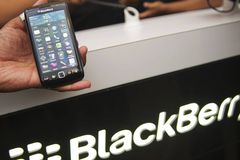 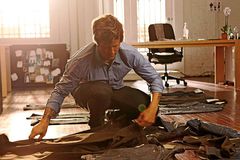 When that ‘humorous’ ad ain’t so funny
July 28, 2011
Mobilicity disconnects from discontent in its advertising
July 21, 2011
Budding filmmakers need not apply
July 14, 2011
Follow Simon Houpt on Twitter @simonhoupt
Report an error Editorial code of conduct
Due to technical reasons, we have temporarily removed commenting from our articles. We hope to have this fixed soon. Thank you for your patience. If you are looking to give feedback on our new site, please send it along to feedback@globeandmail.com. If you want to write a letter to the editor, please forward to letters@globeandmail.com.
Comments