In early black-and-white cartoon ads, the Trix mascot was introduced as an aberration, a rabbit who longed to escape the carrot patch. Tossing carrots aside, he proclaimed his love instead for the fruity, sugar-coated cereal. But recently, the carrots have had their revenge.

Healthy eating trends have hobbled the cereal market, as alternative options for breakfast – including fruit, Greek yogurt and smoothies – have gained popularity. As a recent report from market research company Euromonitor noted: "Sugar has become public enemy number one in packaged foods and drinks." Consumers attempting to eat healthier are cutting out foods they consider sources of hidden sugar intake.

Packaged foods companies are hoping to combat these trends with one powerful emotion: nostalgia.

Earlier this week, Marketing Magazine reported that Trix will be making a comeback in Canada. In response to changing food consumption habits, General Mills Canada Corp. stopped selling Trix and Count Chocula here in 2005. But last Halloween, after noticing that some hard-core fans were agitating for a Count Chocula comeback on social media, General Mills launched a "monsters" promotion that put Frankenberry cereal and the Count back on store shelves. The limited edition run sold briskly. So, for another candy-heavy holiday – Easter – the company is trying again by promoting Trix as a sweet treat.

The news immediately made a splash this week, winning General Mills some publicity. The strategy is targeted at consumers in their 20s and early 30s, otherwise known as millennials, who are more likely to be swayed by fond memories of childhood favourites.

According to General Mills research, millennials overindex on nostalgia: When making food purchasing decisions, they are 51 per cent more influenced by emotion than average Canadians, outpacing even seniors – who have much more to be nostalgic about – and members of Generation X, who underindex the average by 25 per cent.

While these product revivals are temporary, the company sees them as part of a strategy to sow some love for the cereal category among young people, paving the way for them to consider cereal purchases as they begin making decisions for their children.

"This crowd tends not to be big cereal consumers, but they become cereal consumers when they start their own families in a few short years," said Jason Doolan, marketing director for General Mills Canada.

It's a battle against market trends: From 2012 to 2014, the cereal category has declined 8.2 per cent in Canada, according to Euromonitor, reversing much of its growth since 2010, and parallel trends were seen in the United States.

General Mills has already seen success with nostalgia: In one commercial, an office worker is transported to a magical land when she eats Lucky Charms, meets Lucky the Leprechaun and says, "Oh, I forgot how good these taste." Since that campaign launched in June, 2013, the brand's sales have grown here.

Last summer, rival Kellogg Co. also began pitching its formerly kid-focused cereals to grown-ups. A commercial for Froot Loops showed a couple playing the Nintendo version of the Super Mario Bros. video game after their kids went to bed, and indulging in the cereal. Kellogg's also repackaged other cereals such as Special K and Mini Wheats in limited-edition darker boxes with moons on them, to portray them as a nighttime snack.

Here in Canada, nostalgia has also been used successfully in other categories: Kraft Canada recognized that many people view Kraft Dinner as a "guilty pleasure," and launched an advertising campaign in Quebec showing adults (including TV host Dany Turcotte) savouring the mac and cheese while masking their identities with bars over their eyes. Sales of the product grew 17.2 per cent in a three month period. Kraft has also employed the strategy in English Canada, encouraging adults to "let your fun out."

Healthy eating trends are not all-encompassing, of course.

"If people were to behave exactly how they spoke in research, let's just say there would be no sugar-based business, no pizza and no delicious hamburgers," said Luke Sklar, president of Toronto-based consultancy Sklar Wilton and Associates Ltd. The key is moderation: People who are eating healthy are also choosy about their indulgences, cutting foods they can do without and treating themselves with products that are worth the diet downside. For cereals, competing with chocolates or ice cream for sweet-tooth gratification won't be an easy feat.

Another option is to embrace health trends, and cereal makers are hard at work there too.

In 2012, General Mills relaunched Chex cereal in Canada after years off the shelves, shifting its advertising to emphasize that it is gluten free. And last May, General Mills launched Cheerios Protein in the United States to appeal to people who are eating more protein. Launching that product in Canada "is one of the things we are seriously considering," Mr. Doolan said.

In Canada, Kellogg Co. has introduced Special K Protein Cereal, Special K Protein Morning Shakes and recently, protein bars under the same brand. There is more to come, including work to convince people to add cereal to their yogurt (a category that has taken off, including at General Mills, which owns Yoplait and Liberté); pitching it as a snack and not just a breakfast food; and more to address nutritional trends.

"We have the most robust and extensive pipeline of innovation coming for cereal in the next eight months than I think we ever had as a company," Mr. Doolan said. "… You've got a lot of players in this category who are invested in bringing people back in." This is your brain on advertising
March 5, 2015 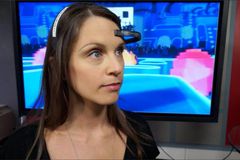