The reviews for Batman v Superman have generally been abysmal. But there is one place where the film has some major fans: the corporate offices of Turkish Airlines.

The international carrier made a big play on cross-promotion with Warner Bros. for the release this year, with entertaining ads touting two new "destinations" – Metropolis and Gotham City.

The videos, featuring Bruce Wayne and Lex Luthor flying the friendly fictional skies, attracted 30 million views on social media in the first three days after launching, and now the ads have more than 52 million views on YouTube alone.

And they are in line with the change in marketing approach for an airline that has been working for better recognition.

Despite flying to the most destinations of any airline, Turkish has struggled to make itself a household name – and has been increasing its marketing budget by hundreds of millions of dollars over the past five years to change that.

A 2013 ad showing soccer legend Lionel Messi in a friendly competition with basketball star Kobe Bryant to take the most impressive travel selfie has attracted more than 140 million views. The video featured two of the most famous athletes in the world posing in Red Square, swimming with sharks, on safari and – of course – in Istanbul. Last year, Google Inc.'s YouTube named it the best ad of the entire first decade of the video-sharing service.

"It was just amazing for us," Ertugrul Aktan, Turkish Airlines' international corporate sales and marketing manager, said during a recent interview in Toronto, where he was attending a travel industry conference.

But hiring arguably two of the sports world's biggest stars takes a significant amount of money. (The company signed three-year deals with Mr. Messi in 2012 and with Mr. Bryant in 2011, just before it started flights to Los Angeles.) Making an entertaining video that people share with their friends is one thing. A company also needs to see a return on that investment. And research has shown that celebrities are not always worth the price tag to advertisers.

But Turkish Airlines says it has seen bookings go up after big campaigns, and while the company is not necessarily a household name everywhere, it is seeing brand awareness rise.

"They really paid off for us, in terms of revenue," Mr. Aktan said. "People talked about it, and showed it to their family and friends, retweeted it, shared it through links. This eventually causes [people to] wonder: Who is this Turkish Airlines? It really worked for us and increased our passenger potential."

Along with that expansion, the marketing team looked at Turkish Airlines' brand awareness and decided it needed a push. It did an ad with Kevin Costner in 2009, and paid Tiger Woods to play in the company's eponymous golf tournament. But it began considering making ads that people would actually want to watch, with big stars to attract viewers.

The airline is now focusing on the Americas and Asia as two key regions for growth. That includes Canada, where the carrier began flying to Toronto in 2009, followed by Montreal. As of this week, the airline is increasing its business-class capacity in Toronto by 75 per cent.

It is paying for local sponsorships, such as the Montreal Jazz Festival and the Ottawa Senators, to attempt to increase brand awareness here, as well.

And over all, the airline is looking to grow in its most profitable business-class segment. Currently corporate travel accounts for roughly 10 per cent of revenue; by 2023, the company's goal is to triple that. It's an ambitious target.

The marketing team is hoping that its use of celebrities can help attract passengers.

The money that Turkish Airlines paid to be associated with Batman v Superman allowed it to cast the movie's stars in its commercials; to make movie-themed billboards to coincide with openings in each market; and to bring the Batmobile to one travel-industry conference. It even published its own version of the Daily Planet newspaper to distribute as an insert in local papers, featuring interviews with the Turkish Airlines' chairman.

"Everyone loves Hollywood movies … it affects people's view of your product," Mr. Aktan said. "It really tells people that Turkish Airlines is a big brand. They work with big productions, Hollywood stars."

Showing that a company can afford such pricey promotional deals is part of the show, too. Since 2010, Turkish Airlines' marketing budget has grown by roughly 75 per cent.

"In order for a brand to get known, you need to be spending money."

*The company provided numbers converted to USD from 2012 to 2015 but did not provide conversions for previous years. Spending for 2011 is based on numbers reported in the company's earnings in Turkish lire (1,304,775,986) converted to USD based on the conversion rate on Dec. 31 of that year. 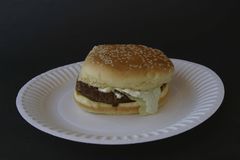 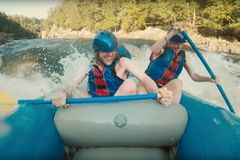