Here's what we've never quite understood: Cows graze in pastures, right? So how on Earth did the Nordic alpine tradition of ringing a cowbell while standing on the side of a mountain watching athletes hurtle themselves downhill originate? Did the first biathlon involve shooting cows and stealing their bells? Whatever the case, when we dropped by our local music shop the other day to pick up something to clang while cheering on Canadian Olympians, they were plumb sold out. So we went to bell.ca/cowbell and downloaded a free cowbell app for our BlackBerry, developed by the Toronto agency Zulu Alpha Kilo. (It's also supported by a bunch of other devices, including the iPhone and some LG, Samsung and Motorola smart phones.) We've been waving it around the office ever since, driving our editors crazy. Hey, if they're not going to let us watch the Games during the work day, at least we can win gold in Obnoxiousness. Simon Houpt

Attention, those of you trying to seduce children with your marketing come-ons: You're being watched. Building on a puritanical wave of anti-advertising sentiment sweeping Europe, Conservative leaders in Britain are pledging that, if elected, they'll punish any agency that has a complaint against them upheld by the country's Advertising Standards Authority. The penalty? A three-year ban on pitching for government contracts. The Tories are outraged by what they see as the increasingly sexual nature of children's advertising, including a campaign for the Lolita brand of furniture and accessories (thong underwear, anyone?) that Woolworths pulled after complaints a couple of years ago. The proposal would also outlaw peer-to-peer marketing and ban the use of children - some as young as seven years old - as so-called brand ambassadors on social networking sites. Tory leader David Cameron said he wants Britain to be "the most family-friendly country in the world." Well, most British pubs we've been in already serve beer to 12-year-olds. What's not friendly about that? Simon Houpt

Israel is a Rorschach test: What you think when you hear its name probably says more about you than it does about the country itself. Still, the Israeli government, believing the general public's view is based on misinformation, has launched a PR campaign to change perceptions, and it is asking every Israeli citizen to enlist. The campaign's Hebrew-language website includes three fake news reports that seek to demonstrate the wide range of misperceptions, including a British report explaining that Israelis live in the desert and use camels to get around. The site calls on all Israelis to bone up on the country's culture and then, while travelling abroad, to engage people in conversation about Israel. We'd love to imagine a similar effort by the Harper government that would educate Canadians about the breadth of our culture. Of course, first we'd have to educate the Harper government about Canadian culture. Simon Houpt

Taking a page from the Tiger Woods Book of Damage Control, Saatchi & Saatchi has advised Toyota to put a sock in it when it comes to its public image problems. The agency says it's confident Toyota can eventually make a comeback, just like Mr. Woods is planning to do Friday, with his first public statement since news of his philandering caused him to put his golf career on hold in December. In the meantime, Saatchi & Saatchi has suggested the recall-plagued auto maker turn off the ad valve while it focuses on fixing its vehicles and not say anything until it has something good to say. Dianne Nice

Less than two months after admitting that its pizza crust tasted like cardboard, Domino's has thrown a pie in the face of rival Papa John's, with print ads that taunt, "Hey Papa John's, Who's Your Daddy Now?" Domino's says a favourable taste test has led to its new sauciness, and claims that since its pizza makeover, it now has the better-tasting pie. Papa John's, whose slogan is a rather benign "Better Ingredients, Better Pizza," has long been a customer favourite based on taste. Papa John's says it won't dignify the attack with an ad of its own. We agree, that would be a bit cheesy. Dianne Nice

Eyes not on the road

Russian police have nabbed a hacker responsible for showing a two-minute pornographic video clip on a giant digital billboard near the Kremlin. The 40-year-old man, described by police as a "highly educated, temporarily unemployed and extremely advanced Internet user," took control of the screen by hacking into an online company's server in Chechnya. The stunt caused traffic chaos. The man said he just wanted to "give people a laugh," but he gave some of them more than that: One old fellow suffered a heart attack at the wheel, Russian media reported. Dianne Nice

A world without billboards?

Oh, the evils of billboards. The British think tank Compass, blaming ads for societal ills ranging from consumer debt to climate change, has called for an outright ban on outdoor marketing. In its report, Compass complains that we are bombarded with 3,500 brand images a day, images that create "a desire for more" that we are powerless to resist. "We cannot opt out or choose to look the other way," the report states. Actually, we can, and we do it all the time. That's why advertisers keep bombarding us with more and more intrusive images. Dianne Nice

In soft drinks, we trust. Asked whose advertising claims were the most trustworthy, a third of Americans chose soft-drink companies, according to a survey by Adweek and Harris Interactive. The ads deemed least trustworthy were those by the financial services industry. Maybe that's because banks make claims about our money - such as Merrill Lynch's "We're bullish on the future" slogan - and then get wiped out in a market meltdown, whereas soft-drink companies don't claim much more than to quench our thirst. Provided their drinks are wet, promise fulfilled. Dianne Nice 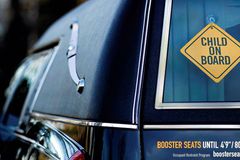 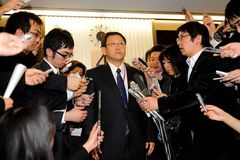 Follow Simon Houpt and Dianne Nice on Twitter @simonhoupt @diannenice
Report an error Editorial code of conduct
Due to technical reasons, we have temporarily removed commenting from our articles. We hope to have this fixed soon. Thank you for your patience. If you are looking to give feedback on our new site, please send it along to feedback@globeandmail.com. If you want to write a letter to the editor, please forward to letters@globeandmail.com.
Comments