As football fans stock up on nachos and beer, and Americans get ready for the biggest sports event of the year, a perennial question always pops into our minds: Why don't Canadians get to see many of the Super Bowl ads that get so much buzz?

The answer: It's a rights issue.

Canadian TV networks pay for the exclusive right to broadcast the Super Bowl in this country. They make their money by selling ad time, and advertisers buy in on the premise that all Canadians watching will see their ad instead of the American ones.

So, whenever a U.S. station is showing the same program as a Canadian channel, the Canadian Radio-television and Telecommunications Commission requires that upon request the cable or satellite provider must switch the American feed over so that the Canadian commercials are visible and the broadcasters' rights deals are upheld.

In the case of the Super Bowl, that means that even if you watched in Canada on an CBS station on cable or satellite, providers such as Rogers, Bell or Shaw will be subbing in the CTV broadcast feed on that channel.

The process is known under CRTC regulation as "simultaneous substitution" – a boon to the broadcast networks, a bane to the average Super Bowl viewer hungry for star-studded U.S. spots.

The only way Canadians see the same big game ads as U.S. audiences is if those U.S. advertisers separately buy commercial space from CTV. The Wonderful Pistachios brand of nuts, owned by Paramount Farms, is one company that has chosen to do that this year. Its high-profile ad, starring Korean pop sensation Psy, will air both on NBC in the States and on CTV in Canada. And Walt Disney Studios Canada is showing some of the same movie ads as in the United States: two 30-second commercials for Oz The Great and Powerful and Iron Man 3 will run during the game here and south of the border. There is also a 90-second ad for The Lone Ranger running in both pregame shows.

But that doesn't mean that this is the only way to see American ads.

If you want the full U.S. Super Bowl experience, YouTube has once again created a dedicated channel, called AdBlitz, just for game-day advertising. Every single ad that appears on the U.S. telecast will become available on YouTube as each is released. Viewers, including those in Canada, can also vote on their favourites.

Made in Canada, eh

Labatt Brewing Co. Ltd. was one of the few companies that last year created a high-profile spot just for the Super Bowl broadcast in Canada – and it used hockey to make an impact.

The company hijacked a recreational hockey league game, filling an arena in Port Credit, Ont., with roughly 500 "fans," complete with noisemakers, team flags and even a few painted torsos. Mascots charged the ice with T-shirt cannons. Replays lit up a Jumbotron. Sportscasters called the plays. Labatt filmed the entire spectacle, fulfilling a dream for a handful of weeknight warriors.

The spot was such a success netting attention for the brand here in Canada that Budweiser once again has plans to release a special game-day commercial for Canadian viewers that differs from its U.S. Super Bowl ads. The company has not yet released details on the ad.

For the second year in a row, Hyundai Canada has also produced a big game ad just for Canadian audiences.

And of course, a big-name Canadian company will be making waves on both sides of the border; Research in Motion has announced that for the first time ever, it will release a Super Bowl ad this year. It's part of the Waterloo, Ont.-based smartphone maker's attempt to revamp its brand and push the release of its new BlackBerry 10 operating system. 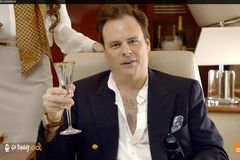 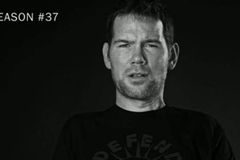 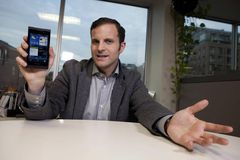