For two weeks, allegations that Jian Ghomeshi violently abused women have flooded the news in Canada. In September, stomach-churning footage of National Football League player Ray Rice knocking his then-fiancée to the ground in an elevator caused outrage, and a PR crisis for the NFL.

For Canada's oldest shelter for abused women, the swell of conversation around violence against women "has had a very profound and immediate impact," said Sandra Hawken Diaz, director of engagement and partnerships at Toronto's Interval House.

In the past month and a half, the shelter has seen a 39-per-cent increase in calls from women seeking help, and the increase is continuing.

Interval House has also seen a record number of volunteer groups coming in to help at the shelter. And it has seen a spike in donations around the time of the Rice news, and on the day that actress Lucy DeCoutere said that Mr. Ghomeshi choked and slapped her during their relationship.

"We have a hard time fundraising. Violence against women is not a trendy issue," Ms. Hawken Diaz said. "Not that we want to have cases like this in the news, ever, but we're grateful when those conversations are turned into a positive … The environment feels different than it did a month ago."

When the Ray Rice story broke, Interval House decided to join the conversation. It worked with the ad agency KBS's Cause Company to release a video showing an "alternate ending" to an argument in an elevator: The woman walks away. The idea was to ask people not to view the Rice video, as it would revictimize his wife, and to share a positive video instead. It was viewed nearly 170,000 times. Visits to its website grew 138 per cent following the campaign.

Victims Services Toronto, a non-profit that works closely with police to respond to crises on scene immediately following a crime or a tragic event, also expects to see more calls coming in. But it is too soon to say whether it will translate to more financial support, said director of programs Bobbie McMurrich.

Last week, the organization released a public service announcement about abuse. The campaign was not created because of recent news, but VST is hoping the current awareness of the issue will give it more traction – and attract support.

"It's important that it's come to media attention. It's a topic a lot of people don't want to hear about," Ms. McMurrich said.

However, others are not so optimistic.

Lise Martin, the executive director of the Canadian Network of Women's Shelters and Transition Houses, spoke with staff at 15 shelters. None has seen an increase in donations.

"Recent conversations has moved the issue from just being about numbers to actual stories. The regrettable fact is that it takes celebrities … to create a critical point," Ms. Martin said in an e-mail. "The issue is not new, nor will it go away any time soon. This is why we continue to advocate for better services to deal with the immediate issue as well as for long-term systemic change, which will, hopefully, change the way society views and values women, thus making real change on the issue of violence against women."

"The celebrity cases, we hear stories like that every day. Often with more gory details," said Noa Ashkenazi, manager of telephone crisis counselling services at the Assaulted Women's Helpline. "For us, it's not news … this is an everyday reality for many women."

She does not believe the current discussions around the issue are helpful.

"The focus is often more on the gossipy side … We don't ask, 'What do we do to actually fight this,' by asking how much we spend out of provincial or federal budgets on shelters or prevention programs," she said. She also does not appreciate the discussion about why women do not report abuse: "I would like to see more discussion about why men abuse women."

The Helpline receives funding from the provincial government, but its resources are too slim to attempt to join the conversation with a marketing campaign. When it does do advertising, it is often to make women aware of the service – not an appeal for donations.

Even at Interval House, which has had some success spreading its message, most feel it will be short-lived.

"We've been talking about it a lot, about whether this is sustainable," Ms. Hawken Diaz said. "We're realistic. As the story stops being a headline, those numbers of donations and volunteers may go down. … Unfortunately, our experience has been that people go back to their lives." 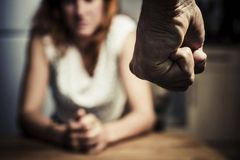 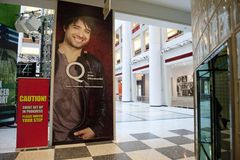 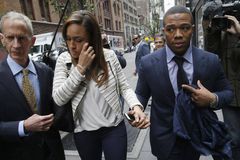 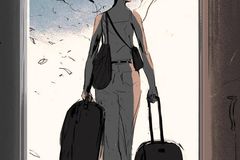