It's a marketer's dream: the big idea that drives sales, makes people love your brand, and makes all that spending on advertising worth the money. But if someone at an ad agency comes up with that million-dollar idea in five minutes in the shower, is it worth less than a million because there are fewer billable hours?

That is the criticism of the dominant method of payment for many advertising agencies. But "fee-based" compensation – which pays the creative teams based on hours worked and the seniority of the people working them – is not going away. According to research released this week by U.S. industry group the Association of National Advertisers (ANA), 81 per cent of marketers surveyed pay their agencies with some type of fee-based system, whether hourly rates or, more rarely, by a negotiated overall fee.

The result surprised the researchers, since previous studies had suggested companies were considering a shift in how they pay for advertising. New models such as value-based fees, where an agency is paid purely based on what their work is worth; and sales commissions, where an agency is given a certain cut of the client's sales, were being experimented with.

"It takes a lot of time, thought, input from client side and agency side, to arrive at that point where they feel comfortable that they have a new method of compensation that is tied to mutual value of the work being done," said David Beals, president and vhief executive of R3:JLB, an agency management consultancy, who helped the ANA analyze the survey results and authored the report. "The labour requirement to pull that kind of new approach together is daunting for most marketers. … And the other complication is, how do you define value? I've got a roster of multiple agencies. How do I isolate who's really contributing what?"

As a result, companies are sticking with fees and, rather than reinvent the wheel, they are increasingly using performance incentives to complement those fees.

Many agencies – including here in Canada – believe fees do not reflect the real value of the work they do for marketers, even though it is their most common method of payment.

"Philosophically, it's not ideal. It just has ended up being a manageable proxy for how to compensate an agency. It's kind of a blunt tool," said Dom Caruso, president and chief operating officer at Leo Burnett Canada. "If you talk to most agency leaders, they'll say, 'we don't want to be in the business of selling hours. We want to be in the business of creating programs that drive fantastic results.'"

"… These models, however, are only effective when the metrics are clearly defined, measurable, and fair for both the brand and the agency, and the length of the assignment is long enough [multiyear] to allow the agency to effect change."

Canada's Institute of Communications Agencies is working on its own survey of agency pay methods, due out in September, and says fees are dominant here as well.

It's a big change from the Mad Men days when the dominant method of payment came from commissions on media spending. The criticism of that system, which is still used but much more rarely, is that it gives agencies an incentive to recommend more expensive media for campaigns, such as television, rather than focus on what would serve the client best. By contrast, fees tie the payment to the work being done and the people doing it.

But as agencies have become more integrated in response to a shift to digital mediums, profits have come under pressure. Agencies are asked to do more work for less money.

Adding to that pressure is the growing role of procurement departments in negotiating with agencies. This trend has been on the rise in the past decade. In the survey, 82 per cent of marketers said that procurement, sourcing or purchasing teams were involved in the review of agency costs, a major jump from 56 per cent in 2010.

"There are lots of great procurement people out there. But you have some who came off buying gravel for the parking lot yesterday, and now they have to buy human capital. That's much more complex," said Stephanie Nerlich, president and CEO of agency Grey Canada. "… You have to spend a lot of time with clients making sure you value the same things."

Fee models allow those procurement-driven organizations more budget certainty when it comes to what they can expect to pay their agency; and many see added incentives as an effective way to demonstrate that agencies have skin in the game. At Grey Canada, about one-quarter of accounts now have some incentives built into the fees. The survey found a rise in "risk-reward" incentives, which allow for the agency to gain a bonus or take a hit based on how the client's business does, and are gaining on incentive systems that are all upside for the agency. Both Grey and Toronto agency Grip Limited favour the risk-reward model.

"What's helping facilitate some of the change is the rise of the availability of metrics and analytics," said Harvey Carroll, partner and president at Grip, who has also worked on the client side at marketers such as Labatt Breweries of Canada. "As work moves to digital, it's somewhat easier to get a tangible read on what's working and not working."

That is helping establish a value base for incentives, which R3:JLB's Mr. Beals sees as a positive development. Most companies were simply focused on slashing costs during the worst of the economic downturn. While there is still downward pressure, there is more focus now on performance as a yardstick for at least part of those costs.

"There's only so much you can squeeze out of the stone. At some point you have to step back and say, if I keep negotiating down, I'm going to start squeezing out what I'm hiring this agency to do in the first place," he said. "… Marketers are saying, 'look, we still have to be very mindful of the cost of the agencies we hire, but we have to start looking more at how we tie the agency's compensation to what they're delivering on our business.'"

The rise of incentives

Surveyed marketers who use performance incentives as a part of agency payment:

Other criteria: 13 per cent

The impact of incentives

No change in agency performance: 13 per cent 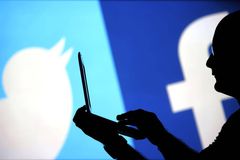 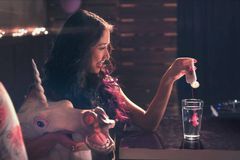 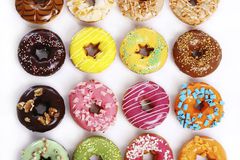