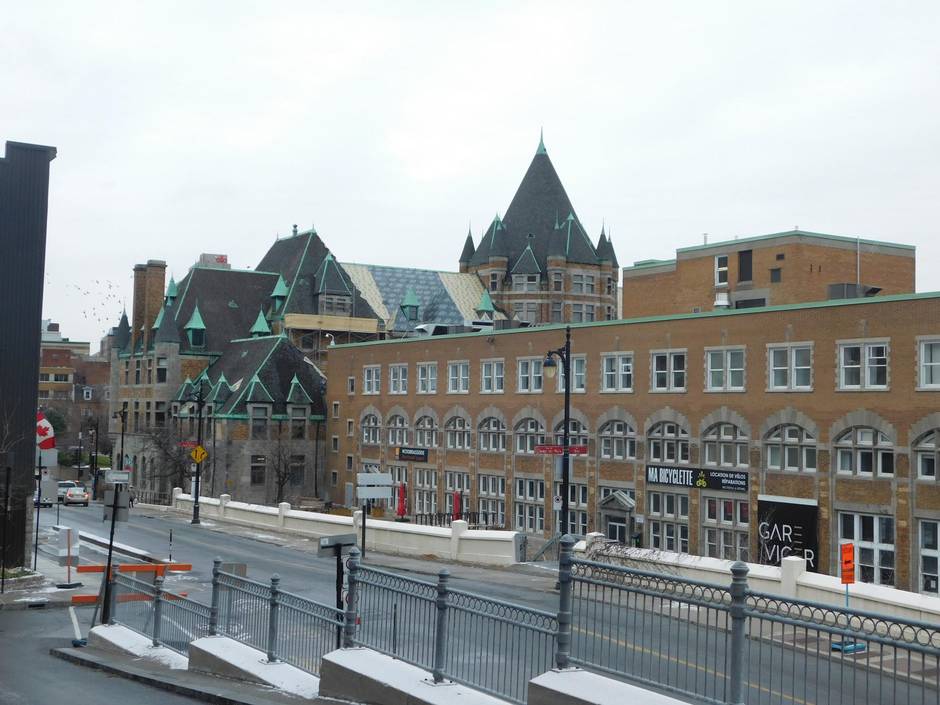 Montreal's Gare Viger, with its château soaring in the background and developer Jesta Group's offices along Rue Berri, was once a hotel and train station. (Adam Stanley for The Globe and Mail)

On the edge of Old Montreal, near the port through which goods have come and gone for hundreds of years, lies a castle. Gare Viger is an architectural marvel built in the late 1890s as a train station and luxury hotel. It’s often been neglected throughout its history, but it’s now at the centre of a robust $250-million development.

Anchored by Montreal’s technology darling, Lightspeed, the development is revitalizing a once-forgotten area of the city.

“This moment is 11 years in the making,” Lightspeed founder Dax Dasilva says of his software company’s move into Gare Viger, which employees affectionately call Château Viger. “We have 34,000 customers, and we’re attempting to double revenue every year. The customer count just goes higher and higher and we need more people involved in the process.”

The money has helped the company add nearly 400 employees to its five worldwide offices over the past 18 months. Mr. Dasilva says the company is moving at, well, light speed.

Until recently, Lightspeed occupied a handful of buildings in Montreal’s Mile End district, just a couple of minutes from the Parc du Mont-Royal.

Mr. Dasilva now lives in one of the buildings. In another, he’s created the home for a not-for-profit queer arts organization called Never Apart. 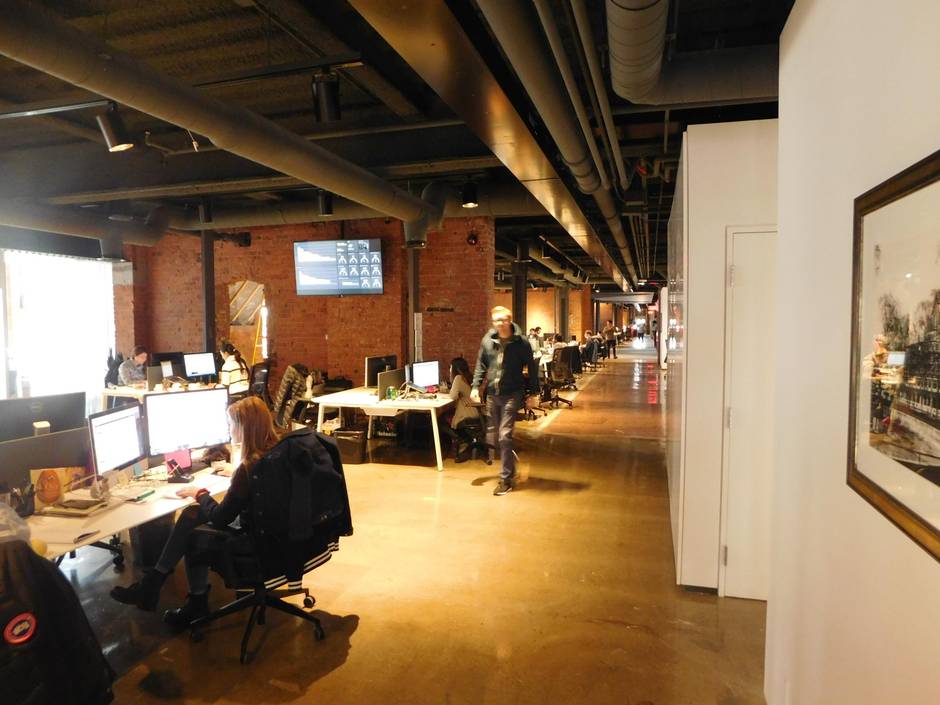 Growing technology company Lightspeed is the main tenant at Gare Viger. Its funky space consolidates its operations, which once were spread across several buildings in Montreal's Mile End district. (Adam Stanley for The Globe and Mail)

Lightspeed’s new Viger office has already been well-received by the company’s employees, but it has also been recognized on the world stage for its design.

The castle-like building, built in the châteauesque style under architect Bruce Price’s guidance, occupies the former hotel portion of what was once called Place Viger.

Lightspeed’s space, designed by Montreal-based firm ACDF Architecture, takes up 45,000 square feet of Viger’s 130,000. The entrance to the office has a clean, modern look. The floor is white, and Lightspeed’s logo is carved into the reception desk. Music is constantly playing – a mix of French electronic and today’s modern hits.

“Once they [Lightspeed] arrived here, they were like little kids,” says Maxime-Alexis Frappier, an architecture associate and the president of ACDF. “They were looking at the frames and the wooden beams and the structure. ‘This is a castle,’ they said.”

“There was so much stress, but we feel we’ve done something culturally important for Montreal,” continues Mr. Dasilva. “There’s a lot of pride that this building is being used again, and it’s being used to mix technology and history.”

Having Lightspeed as the inaugural tenant was intentional, according to Anthony O’Brien, the senior managing director of Jesta Group, a private equity firm with hotel, residential and office properties in North America and Europe. 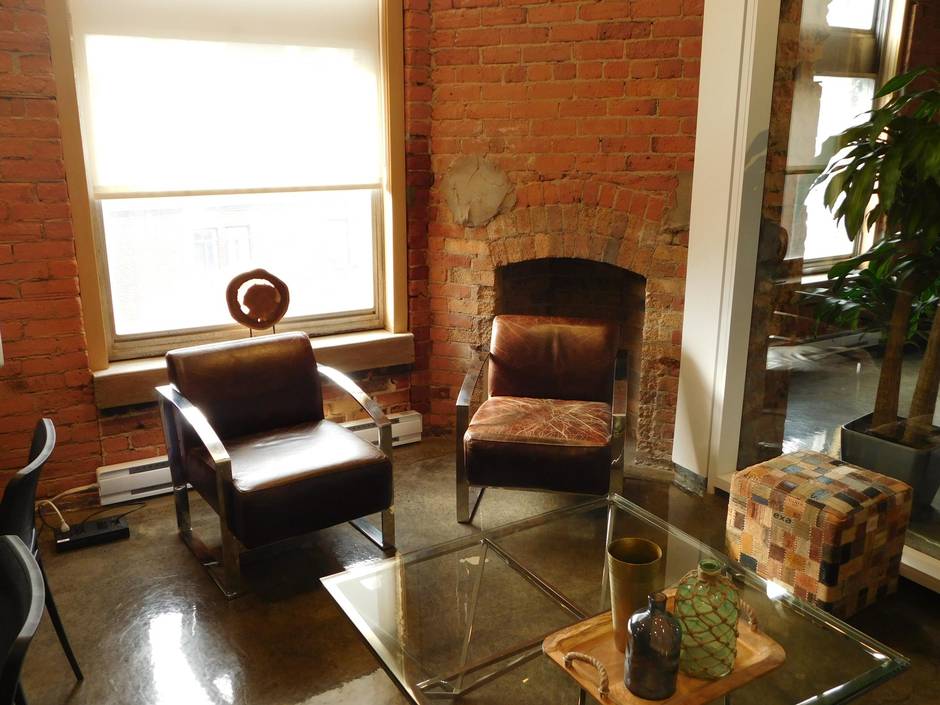 Lightspeed's new digs were named best midsized office in the technology category at the 2015 Interior Design Best of Year Awards. Its space was designed by Montreal-based firm ACDF Architecture. (Adam Stanley for The Globe and Mail)

Jesta Group, headquartered in Gare Berri in Old Montreal (a space attached to Gare Viger), bought the Viger property for $27-million (Canadian). Mr. O’Brien says Jesta has invested another $20-million since the time of purchase. He also says the previous owner put approximately $5-million toward the building, removing asbestos and other harmful materials.

Mr. O’Brien says Jesta Group wanted high-quality tenants for the Viger project. Unlike other developers across the city, he says, Jesta turned away potential occupants.

Jesta targeted Lightspeed and the other occupant Coalision Inc. – the clothing company, whose brands include Lolë and Paradox, occupies 30,000 square feet – because they are Quebec-born businesses in “high growth mode.”

“We just didn’t want 20 tenants in the Château, we wanted two strong companies,” Mr. O’Brien says. “They are perfect pioneers for the project as we grow.”

“Financials aside, it’s the project of a lifetime,” Mr. O’Brien says. “There was a lot of risk to it, but look what you end up with in the end. It’s a great space that you can’t replicate.”

The previous owner of the plot had a grandiose vision of what the Viger area could become, according to Mr. O’Brien, but the economic downturn in 2007 and 2008 eventually shuttered those plans. 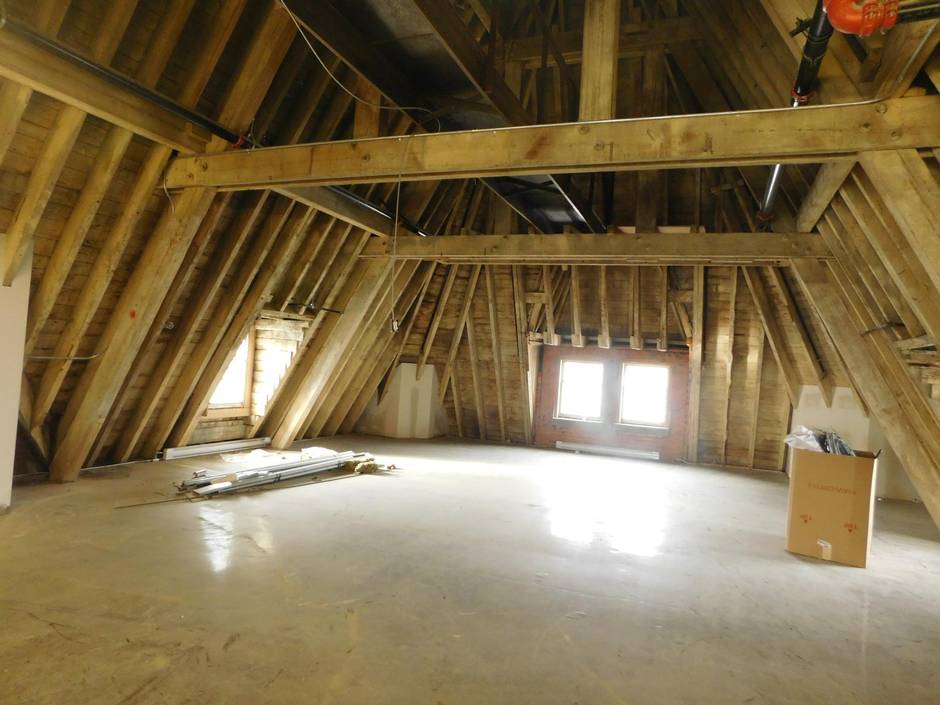 Construction of Lightspeed's office continues. Programmers and customer service representatives are soon to move in. (Adam Stanley for The Globe and Mail)

“They [the other owner] weren’t from here, and was probably one of those people who got a perspective of the city during Grand Prix [auto race] weekend, which wasn’t the same for the rest of the year. The proposal was very interesting, but I think it was a little aggressive for this site,” he says.

With a 2.2-million-square-foot “super hospital” (Centre Hospitalier de l’Université de Montréal or CHUM) set to be completed in 2016, and 800 condo units now built, there is a new population in the surrounding neighbourhood, driven by both residents and a work force. Alexandre Sieber, senior vice-president and managing director at CBRE Ltd., a commercial property consultancy, told The Globe and Mail last year that CHUM could also attract some life-sciences companies to the area, adding even more value to the destination.

However, there was no retail in the area, which Jesta Group was keen to correct.

“It’s the perfect mix right now in terms of potential for the next steps of the development,” says Mr. O’Brien. “A six-acre site in the core of the city, … that just doesn’t exist any more. The opportunity is so clear.”

For Mr. Dasilva, the opportunity was too good to pass up.

He says Lightspeed’s rent is comparable to office space near Montreal’s iconic and bustling Rue Ste-Catherine.

“It’s almost inexpensive,” he states of the new digs. “You’re right downtown, the view is amazing, these are very famous old buildings.”

Mr. Frappier adds that in Montreal, the newer office towers all look the same. But the Viger building is unique.

“The cachet in Montreal is either in the area or the building you’re in,” he says. “This has both.”

Despite the continuing construction at Lightspeed’s new office, there is a comfort and calm about the place. The soundtrack in the background gets more appropriate when the X Ambassadors’ song Renegades begins to play.

The song features a lyric: “Long live the pioneers, the rebels and the mutineers.” Mr. Dasilva doesn’t feel like a rebel necessarily, but perhaps a pioneer – at least in terms of office design and the Montreal technology scene.

“We were famous in the startup community in Montreal because we [used to have] our own pool,” Mr. Dasilva says. “But when we saw this building, we thought, well we could probably beat that by having a castle.” 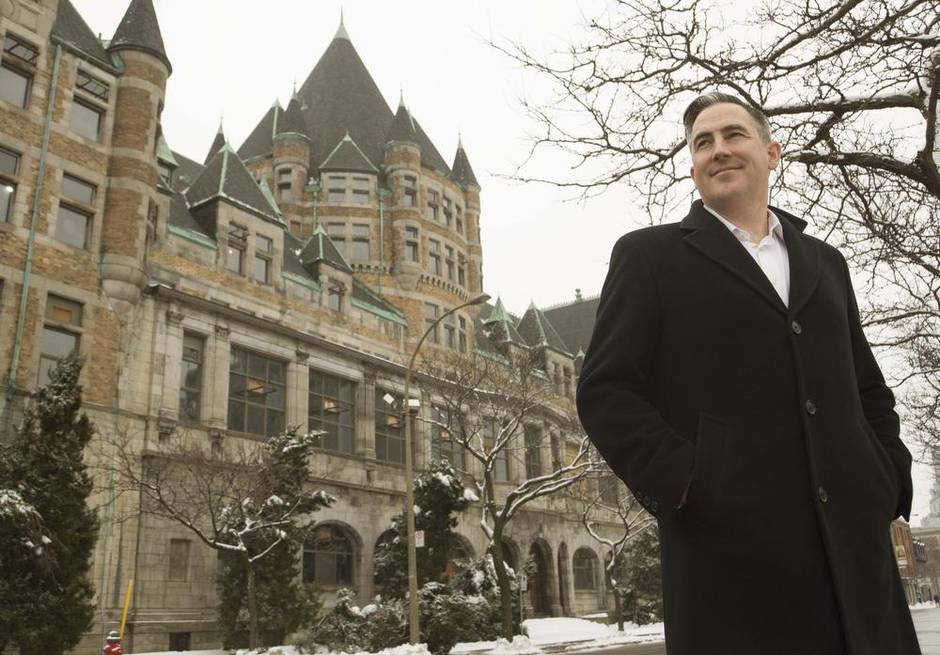 Jesta Group’s Anthony O’Brien calls Gare Viger the project of a lifetime. 'There was a lot of risk to it, but look what you end up with in the end. It’s a great space that you can’t replicate.' (Robert J. Galbraith for The Globe and Mail)

One of the province’s biggest breweries has opened its taps in the Gare Viger neighbourhood.

Brasseur de Montréal (or Montreal Brewing Co.) launched its third restaurant last May in a 5,000-square-foot, ground-floor space at Gare Berri – attached to the Gare Viger building where Lightspeed and Coalition Inc. are located.

“These progressive companies symbolize what the Gare Viger project is all about – they are home-grown companies that are leaders in their industry,” says Mr. O’Brien, senior managing director for North America at Jesta Group, Viger’s developer.

Twenty local beers are available in the Berri outlet, all of which are brewed in Griffintown – the eclectic Montreal neighbourhood located just south of the Bell Centre arena.