It's the real estate version of a cliffhanger.

True, it's not exactly Hitchcock, but in the commercial real estate world it's big, and the industry is still waiting. Loblaw Cos. Ltd. and Canadian Tire Corp. Ltd. had previously stoked interest with their successfully launched REITs. And the HBC sale-leaseback has kept the industry looking for more possible deals to come and is left wondering: What's next?

"The appetite and demand for investment property is very high. And a lot of institutions, real estate companies and real estate investment trusts have a lot of capital available and debt available to them to make acquisitions," said Ian MacCulloch, Colliers International's director of market intelligence for Canada.

It's not so much new demand, but demand that fluctuates, depending of course on interest rates. "It's not a new concept, and it has some cyclicality to it. With the conditions in the investment and the real estate markets right now, if you're going to sell off your real estate assets, now is a great time to do it," Mr. MacCulloch said.

For sale-leaseback deals, the retail sector remains firmly the focus of industry watchers.

"Frankly, I think the story is that a lot of these retailers are looking to unload real estate. And the fact that cap rates – the return on investment – are at an historic low right now, means that prices are high," said John Crombie, senior managing director at Cushman & Wakefield Ltd. "So retailers are saying, 'Hmm, I can capitalize a lot of my real-estate holdings into cash that I can put into my retail business.' "

The expected upgrade of Toronto's Eaton Centre will see Nordstrom replace Sears at one end of the mall, while at the other end HBC will open a Saks Fifth Avenue store alongside The Bay. A 20,000-square-foot Kleinfeld boutique, the New York bridal shop made popular by the TV series Say Yes To the Dress, will also open inside The Bay. Shopping centres are a particular focal point for real estate investment.

For instance, Mr. Crombie noted the interest in shadow anchor stores. "What that means is that there may be a large shopping centre owned by a RioCan or a Cadillac Fairview or Ivanhoe Cambridge. But there are retailers surrounding [the mall] that look like they're part of the mall. But they are separately owned by retailers. The classic example in most cases has been grocery outlets," he said, noting the Loblaw at Toronto's Bayview Village shopping centre, which is its own distinct property.

Offloading real estate may spread to companies in other sectors looking for cash, such as BlackBerry Ltd.'s effort to sell off its properties. But the overall market may not face the wider selling seen during the economic downturn post 2008.

The catch is that "once you've cashed those chips in," that is, once a company completes a sale-leaseback or outright sale, "there's no getting them back if your strategy changes some time down the road," said Mr. MacCulloch at Colliers. The Hudson's Bay sale-leaseback, though, has a term of 25 years, with the option to renew for just under 50 years, giving the retailer a long window of time to let its introduction of Saks take hold and evolve.

The other strategy of placing real estate in an investment trust also faces unknowns a plenty.

A good sign, though, is the continuing demand by pension funds. They contributed 11.9 per cent of commercial real estate investment activity in 2013, compared with 10.4 per cent by private equity investors, according to CBRE.

And as Mr. Crombie at Cushman & Wakefield noted, "With pension funds having all this cash, they want to invest. And if they can invest in an asset that's doing well and expand upon it, their chance of success is very high."

For companies placing their property within a REIT, however, the question is what kind of commercial real estate will attract investors the most.

"The two that caused all the interest are Canadian Tire and Choice [Loblaw's REIT]," said John O'Bryan, chairman of CBRE. "Both companies, Loblaw and Canadian Tire, had done an exceptional job building their real-estate portfolios. They had done so in a very methodical and very strategic way."

By doing this, the retailer clearly separates the real estate from the rest of the company, and can then use the money from the REIT to invest back in the core business.

With new REITs, particularly retail REITs, the key is whether a portfolio is big enough. "It has to have a certain size, otherwise it's not a viable player," Mr. O'Bryan said.

And this depends on three determining factors, Mr. O'Bryan noted: a sufficiently high amount of equity raised, a certain geographic diversity and generally high-quality real estate holdings within the REIT.

"The issue that pension funds have is that there's a certain level of quality below which they are very loathe to drop. They pay good prices for good assets," Mr. O'Bryan said. 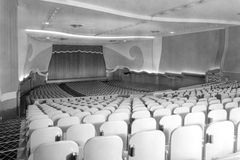 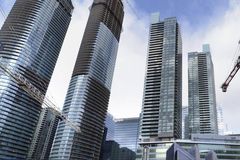 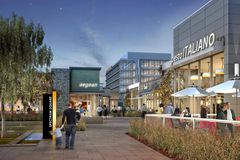 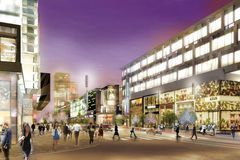