A wall of lush tropical plants soars four storeys above the atrium of the Centennial College Library and Academic Facility at the Progress campus of the Ontario college.

Even on a scorching summer morning in Toronto, groups of students cluster around almost every table and fill the casual seating balconies on upper floors that project out in front of the wall. But it takes a few minutes in the space to become conscious of another attractive, but rare, feature in this school building: the refreshing air quality.

Welcome to the benefits, practical and sensual, of a bio-wall.

Unlike most green plant walls, a bio-wall is not just a collection of beautiful plants grown on a vertical surface – its primary role is in building maintenance. A bio-wall serves as an air filtering system that draws a building's air through the plant wall, where micro-organisms on the plant roots ingest harmful pollutants such as formaldehyde and volatile organic compounds (VOCs) produced by tobacco smoke, furniture off-gases, household cleaning and personal care products, oil and gas combustion and even people themselves.

"That wall is not just pretty plants," lead architect Donald Schmitt said. "It's an integral part of the building's air circulation system. It keeps the air fresh."

The chemical stew is the reason the U.S. Environmental Protection Agency 10 years ago ranked indoor air pollution one of the top five threats to public health. People spend 90 per cent of their time indoors.

The exterior of the Centennial library and academic building is distinctive, too. Its north wall, visible on the south side of Highway 401 just east of Markham Road in Scarborough, has smartly angled gold-tinted windows that call to mind the pages of an open book. It's clad in black granite, robust iron-spot brick and copper.

"The project was an opportunity to pull the building into a kind of dense crossroads on the campus," Mr. Schmitt, of Diamond Schmitt Architects, says of the building, which ranked fourth in the PUG people's choice awards in Toronto for commercial or institutional properties opened in 2011. "It provides visibility and acts as a point of arrival. It's a campus landmark."

It was designed to bring a sense of presence to Centennial, the first publicly funded college in Ontario, which dates back to a more modest architectural period in the 1960s.

"The building was designed to do a lot of things," said Rosanna Cavallaro, associate vice-president of marketing communications at Centennial. "We have the library, 22 classrooms, a large lecture theatre and the president's office, all in that building. It's always full of students."

"Environmental studies is one of the college's educational streams, so Centennial wanted the building to reflect those principles," Ms. Cavallaro said. "Our intention was to make sure this has a LEED gold certification, but of course that requires it to be in operation for a number of years before the certification is given. But we're confident it will come."

Because the building was designed with the green bio-wall built into the air circulation system, conditions are ideal for its operation, and monthly maintenance visits are all that is needed to tend to the plants, said Alan Darlington, chief executive officer of Nedlaw Living Walls, the Breslau, Ont., company founded by the former biology professor from Guelph University.

Dr. Darlington, whose doctorate is in controlled environmental systems, spent several years researching, for the National Aeronautics and Space Administration (NASA), the viability of using bio-walls to clean the air for astronauts on long-distance space missions.

"While it proved difficult for bio-walls to meet the technical restrictions of space travel, they were completely viable on Earth so we shifted the application to terrestrial uses," Dr. Darlington said. Although Nedlaw is now working on bio-wall systems for residential use, large public-sector institutions, beginning with the University of Guelph at its Humber campus, were among the first to appreciate their value.

Diamond Schmitt, the architect on the Humber project, at which the university wanted to include the bio-wall technology developed on-campus, quickly became a convert.

"We've done quite a few of them and we've been working with Nedlaw since the beginning," Mr. Schmitt said. "We didn't develop the science but we've done them in many places, maybe 12 to 15 of them in the last decade."

Universities and colleges were among the first users, but now more commercial properties are adding them, he said. The Corus Quay building on the waterfront, Sassafraz Restaurant and Longos at Maple Leaf Square are all downtown Toronto sites that feature Nedlaw's bio-walls.

The company is also working on, or has just completed, walls at the Devonian Gardens in Calgary, for the Athabaskan Chipewyan First Nation, the Edmonton Federal Building as well as Drexel University in Philadelphia, and the John Theurer Cancer Center in Hackensack, N.J.

Air quality: A large bio-wall built into a structure's air circulation system can naturally filter and freshen air for the entire building. Micro-organisms that live on plant roots consume the noxious gases emitted by paint, furniture, household cleaners, personal care products, formaldehyde, VOC gases and others. Like a standard green wall, bio-walls also produce oxygen, but not in meaningful volumes.

Ambient sound: The water that continuously drips down the back of the bio-wall and through the plant roots creates pleasant background sounds.

Rooftop water use: Bio-walls work best when they recycle rooftop rainwater through the wall, thereby providing pure water for plants and grey water for use in other parts of the building's water system.

Energy savings: Bio-walls improve air quality so that the system requires no more than 20 to 30 per cent of the outdoor air intake of a traditional building, resulting in significantly lower costs for heating and cooling outside air in regions where outdoor air temperatures are higher or lower than comfortable for people. 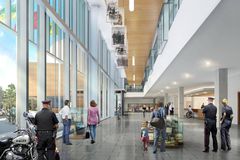 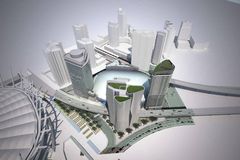 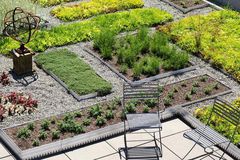 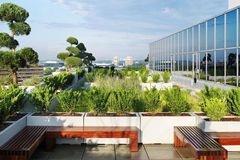 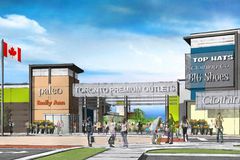 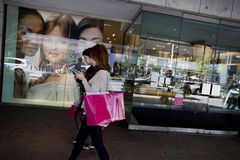