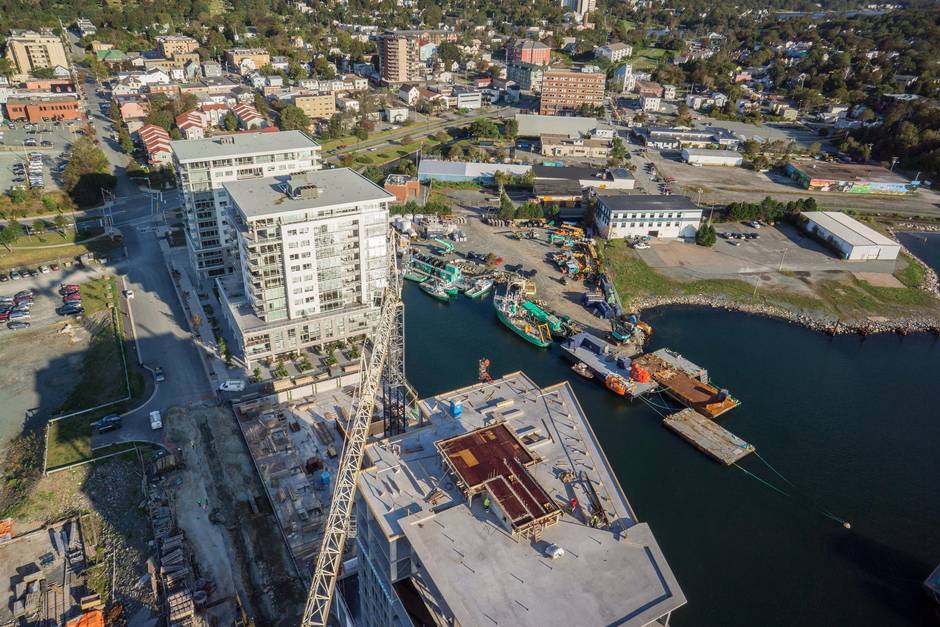 The camera rises high into the air and a sweeping scene of the Bedford Basin comes into view. Against the coastal odds, it’s a clear day, as boats pull in and out of Halifax harbour along the water. The camera pans left, turning 360 degrees to reveal the neighbouring landscape: Mount Saint Vincent University, Clayton Park, Fairview. The scene fades to black.

This is not the cold open of a feature film. It’s a marketing video for Icon Bay, a 24-storey condo tower being developed by City Centre Property Management along the Bedford Highway. It’s meant to show the views available to prospective buyers, all the way up to the penthouse.

But the video wasn’t shot from the penthouse. When it was filmed, the tower hadn’t even been built.

The camera was mounted on a drone, piloted by local startup Skyline Studio. Opened by a pair of friends in 2013, Skyline has turned drone photography and video into a full-time, five-person business, with a focus on real estate marketing.

“We’re able to show the view from a window, or even a balcony, before a new development has even broken ground,” says Craig Kennedy, who co-founded Skyline with Matt Hudson. “Simulating what the view will be in the unit can be used for anything, really, to help sell the condo.”

Unmanned aerial vehicles, or drones, are becoming more commercially accessible, and governments including Canada’s are starting to draw up regulations to handle the growing number in the air. Both the technology and the legal framework surrounding them are in their very early days, but some Canadians are hopping on board early – including in the real estate industry.

Right now they’re getting far more use in residential than commercial, according to a spokesperson from the Real Property Association of Canada, an industry group representing owners and managers of investment real estate. But their use in commercial is rising, with both industrious entrepreneurs like Skyline Studio and established real estate companies like Colliers International trying their hand at the technology.

The federal government has imposed safety regulations on unmanned aircraft since 1996, and refined them last fall as drone use grew. They largely have public safety in mind, keeping drones away from crowds, traffic and bad weather. The regulations include, among other things: Don’t fly closer than nine kilometres from an airport or near large groups of people, like concerts and sports events. Don’t fly over highways or bridges. Don’t interfere with first responders. Don’t fly on a foggy day. The list goes on.

Canada has slightly more lax regulations over drone use than the United States, encouraging companies like Amazon.com Inc. to come north of the border to experiment with the technology. In an e-mail, a spokesperson for Transport Canada said the department has put together a working group with industry stakeholders “to recommend key changes to the existing regulations.” 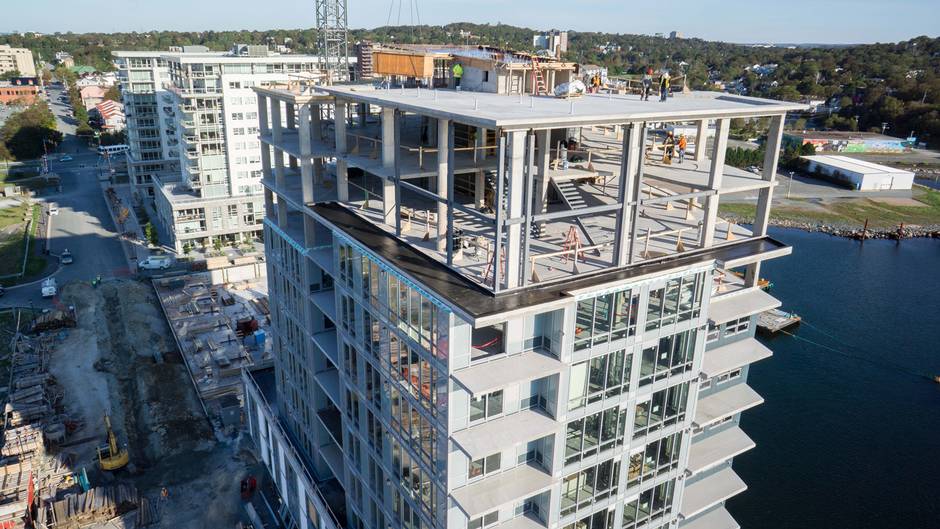 Anyone operating a drone that weighs more than 25 kilograms must apply for permission to Transport Canada, which oversees the regulations, for a Special Flight Operations Certificate (SFOC). It’s not a terribly difficult process; the Canadian government issued 1,527 such approvals between 2010 and 2013. In some jurisdictions, though, the regulatory maze can be more complicated. The City of Toronto, for instance, is considering a requirement that drone operators apply for municipal flight permits.

Skyline has worked so closely and regularly with Transport Canada that they’ve agreed to an annual “standing” SFOC to fly in the Atlantic region. (While their drones weigh less than 25 kilograms, this allows them to fly in built-up areas.) After starting with a single DJI Phantom and a GoPro, they’ve expanded to a fleet of seven drones and a handful of ultra-high-definition 4K cameras.

While drone flight restrictions can be bothersome, Mr. Kennedy says the nature of drones allows them to do workarounds for the right shot. “It’s easy to back up 50 feet and turn the angle down,” he says. “It’s about adjusting to the limits and making them work for you.”

We wanted to showcase our larger industrial properties, and get larger parcels of land across better.
Hari Minhas, Colliers Vancouver

Skyline’s bread and butter is capturing highly accurate simulated viewplanes, like in the Icon Bay video. The company also does time-lapse elevated video and photos to show construction progress. And they can do exploratory work for prospective buyers, too, flying their drones at different heights on a developing piece of land to give them a sense of whether they’ll be able to see over neighbouring buildings.

There are other complicating issues. Drones’ flight technology has evolved much faster than battery life. Flights can rarely exceed 15 minutes, meaning pilots have to keep piles of extra batteries on hand and constantly bring the vehicles down to the ground to switch them out. “It’s all expensive stuff,” Mr. Kennedy says.

Colliers International has begun using drone-shot footage to promote properties in Western Canada, including a boarding school property in North Vancouver and an industrial property outside of Edmonton.

“We wanted to showcase our larger industrial properties, and get larger parcels of land across better,” Mr. Minhas says. “We were having a hard time communicating the true scope of projects and their features when selling things that cover a mass acreage.” 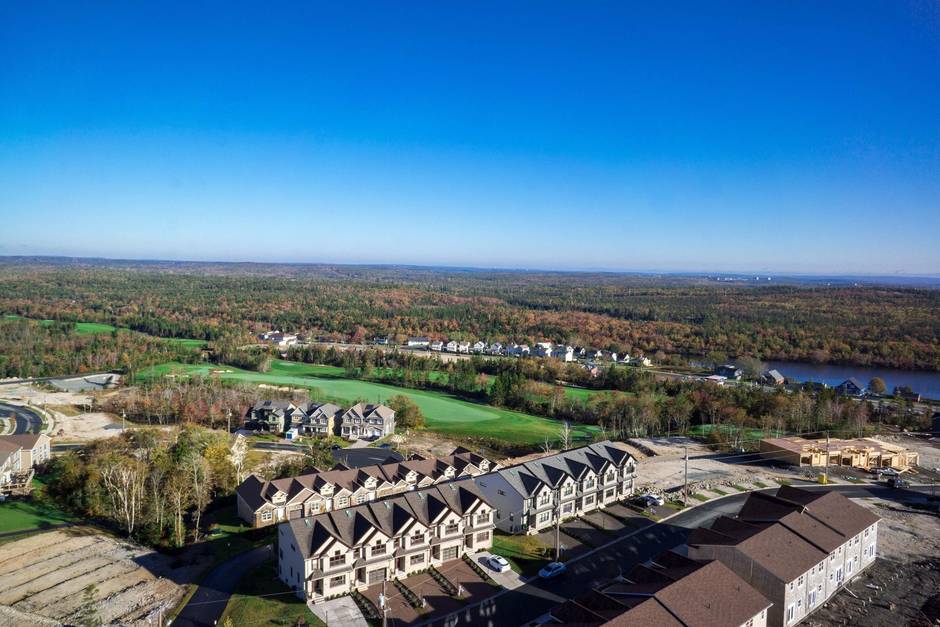 They’d used helicopters for such projects before, but drones were much cheaper and allowed them to get closer to the properties. With drones, Mr. Minhas says, a lot of potential purchasers reached out with more urgency. And they’re getting attention: The Vancouver school video got more than 900 views online, versus the typical 20 or 30 for such a property.

The novelty likely won’t last long. Mr. Minhas has seen at least one local competitor start using drone footage. While Colliers is still an industry leader in drone use, particularly in Western Canada, “I would be ignorant not to think that everybody else will start doing it now, because the cost of doing it is now low,” he says.

There are impediments to investing a lot of money into drone tech: In much of Canada, blustery winter conditions make it difficult to shoot for much of the year. When temperatures dip below –20 C, too, there can be mechanical complications. And even on nice, clear days, property managers are hesitant to spend on footage of property blanketed in snow.

Because they’re not attached to a single property manager, Skyline skips the winter blues by diversifying its clientele, doing projects for the likes of New Brunswick Tourism. “We’re lucky,” Mr. Kennedy says. “Our phone kept ringing throughout the winter.”