Since eight hurricanes whipped through Florida during back-to-back seasons a decade ago, causing $33-billion in insurance claims, the state's coastal communities have added an additional 1.5 million people and almost a half-million new houses, an Associated Press analysis shows.

But experts say the risk of catastrophic destruction hasn't grown along with the new development because Florida builders are doing a better job of making structures hurricane-resistant.

The improvement derives from Florida's statewide building code, which was implemented in 2002, a decade after Hurricane Andrew's 165-mph winds gutted parts of South Florida. The code means that all new structures get tough inspections and are built with shatter-proof glass and straps reinforcing the connection between roof and walls.

"The building code changes have made a huge difference," said Shahid Hamid, a professor at the International Hurricane Research Center at Florida International University. "You have more houses being built, and that certainly means more exposure and losses will go up, but on the other hand, the houses that are more recently built are better built and can perform better in hurricanes."

The stronger building standards haven't translated into reduced insurance premiums. Florida homeowners still pay about twice the national average for insurance, and rates in the Sunshine State are still the most expensive in the nation.

Although Florida's building code hasn't been put to a widespread challenge, it did pass a limited test when Hurricane Wilma blew across the state in 2005. The hurricane made landfall in southwest Florida's Collier County, home to Naples, and then weakened as it chugged across the state toward Broward and Miami-Dade counties.

Even though the hurricane was much fiercer in southwest Florida, Collier County only had $408-million in claims compared with more than $3-billion in Broward County and $2-billion in Miami-Dade County. Collier County had much newer buildings that had been constructed using the code compared to the two South Florida counties, whose dwellings were significantly older.

As the Atlantic hurricane season opens Monday, here is a look at two Florida regions that have seen tremendous growth since the busy 2004 and 2005 seasons.

The three counties that make up South Florida — Broward, Miami-Dade and Palm Beach — account for more than half of the $337-billion increase in property values along Florida's coast in the past decade. The values of all properties in Florida's coastal counties reached $1.5-trillion last year, according to AP calculations based on Florida Department of Revenue data.

Parks have been added between buildings and Biscayne Bay in Miami. The green spaces appeal to luxury home buyers looking for urban amenities within walking distance, but they also act as buffers against storm surge, said Carlos Rosso, whose Miami-based development company has built gleaming, waterfront condominium towers from Miami to Fort Lauderdale in recent years.

"We are trying to create a little more conscientiousness about it," said Mr. Rosso, president of the condominium division of The Related Group.

The new buildings have largely empty ground floors in case of flooding and residences constructed on floors well above storm surge projections. They're also equipped with emergency generators and shatter-proof glass windows, all meant to minimize damage from even the worst of storms.

Developers have built a secluded string of beach communities lined with multimillion-dollar residences between the high-rise condominiums, chain restaurants and miniature golf courses from Destin in the west and Panama City in the east. The beach communities known as 30A for the road that winds through them have become home to well-known politicians, professional athletes and Nashville recording stars.

Property values in the two counties that stretch between Destin and Panama City — Bay and Walton counties — have jumped by more than 50 per cent as a result.

"We are seeing a different sort of house," Ms. Meadows said. "Most use concrete piling and all of the latest hurricane reinforcements."

Homeowners paying $3-million or more for a vacation home understand the risk of investing in an area where hurricanes can strike, and the strengthened building codes provide confidence that the structures can withstand high-intensity storms, said Scott Kurfirst, co-founder of Coastal Elements Construction, which builds beachfront mansions.

Builders use straps reinforcing the connection between roof and walls throughout the homes and a lot of reinforced concrete, he said.

"It isn't a huge concern that buyers talk about," Mr. Kurfirst said. "The structures are incredibly solid." 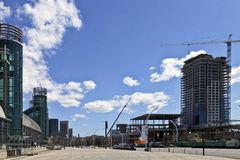 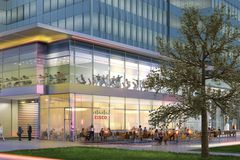 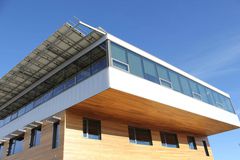 Drones reach new heights in real estate
May 4, 2015
Report an error
Due to technical reasons, we have temporarily removed commenting from our articles. We hope to have this fixed soon. Thank you for your patience. If you are looking to give feedback on our new site, please send it along to feedback@globeandmail.com. If you want to write a letter to the editor, please forward to letters@globeandmail.com.
Comments